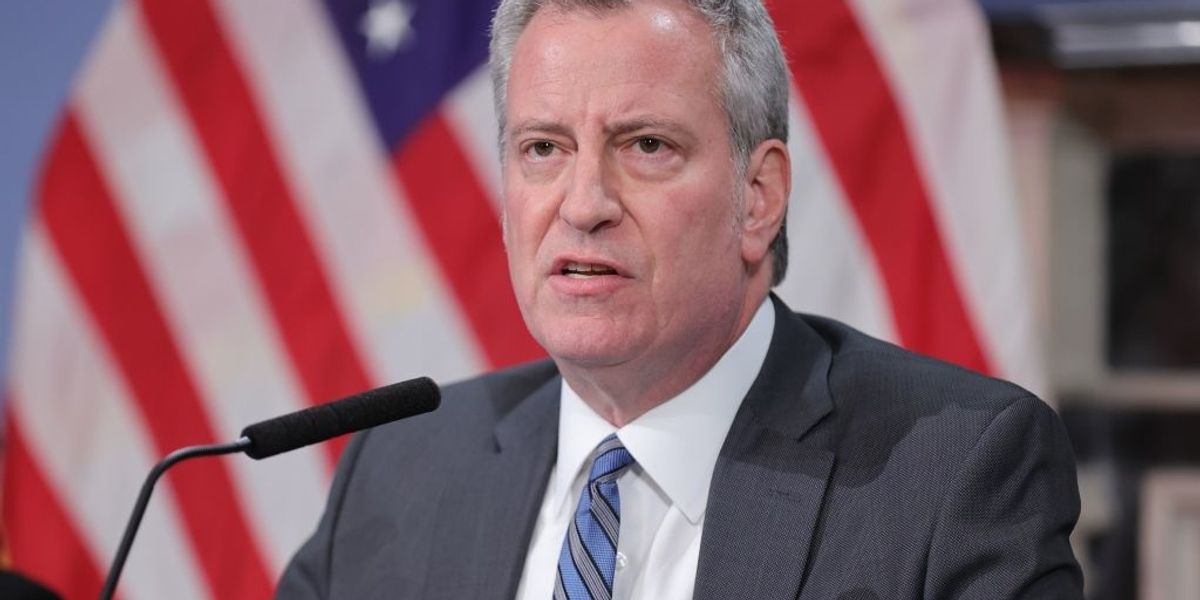 New York City Mayor Bill de Blasio said Monday that an NYPD officer who was seen in a viral video pulling his service pistol on protesters should be fired.

“It is not the place of an officer to pull a gun in the middle of a crowd, knowing that there are peaceful protesters in that crowd. That is unacceptable, that is dangerous,” de Blasio said, WLNY-TV reported.

“That officer should have his gun and badge taken away today. There will be an investigation immediately to determine the larger consequences.”

The Democratic mayor was referring to a 12-second video that went viral over the weekend that showed an NYPD officer point his firearm at protesters.

As it turned out, the video was deceptively edited, and a video of the full incident depicts a much different picture.

The Police Benevolent Association of New York City, the local police union, published a 27-second video on Monday showing the moments leading up to the officer in question pulling his service weapon on protesters.

The video shows a protester hit a police supervisor in the head with a brick. The supervisor was hit so violently, in fact, that he immediately fell to the ground. The officer in question then responded by pointing his firearm at protesters to protect his supervisor.

“Now we have the full story: this police officer unholstered his weapon only after his supervisor was nearly killed with a brick,” the NYC PBA said.

The mayor has not updated his statement in light of the new video showing the fuller context.