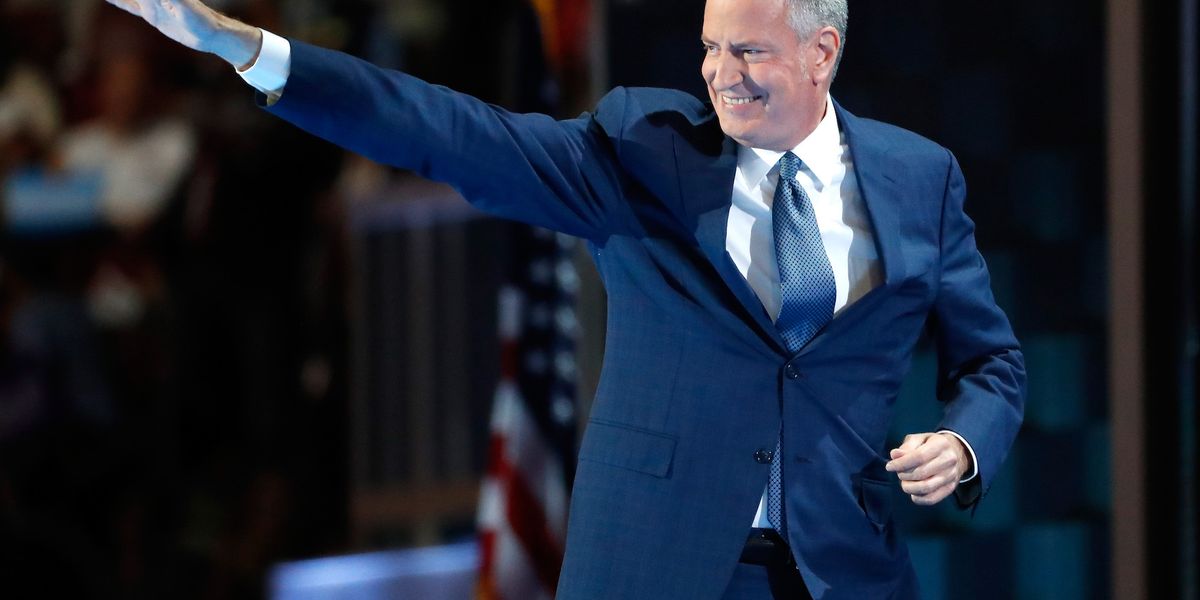 Democratic New York City Major Bill de Blasio faced a fierce online backlash after he singled out Jews in a message warning everyone against large gatherings during the pandemic.

De Blasio tweeted out his warning on Tuesday against those not observing the social distancing guidelines in order to stop the spread of the coronavirus. He was referring to a specific gathering for a funeral of a rabbi that the police dispersed in Williamsberg.

“My message to the Jewish community, and all communities, is this simple: the time for warnings has passed,” he tweeted.

“I have instructed the NYPD to proceed immediately to summons or even arrest those who gather in large groups. This is about stopping this disease and saving lives. Period,” he added.

“We have lost so many these last two months [and] I understand the instinct to gather to mourn. But large gatherings will only lead to more deaths [and] more families in mourning. We will not allow this. I have instructed the NYPD to have one standard for this whole city: zero tolerance,” de Blasio continued.

The bizarre tweets set off social media in an online furor against the socialist mayor from both the left and right.

“I can’t imagine de Blasio saying this about any other community,” said Ben Shapiro. “It’s pretty amazing. And for the record, MANY of the leaders of the Jewish community have taken strong stands on social distancing.

“NYC has been a refuge for Jews fleeing persecution and death for decades and more. How on earth does the mayor of NYC single them out for persecution in the middle of a pandemic? Words do not exist to describe the criminal incompetence at City Hall,” said Lis Smith, the former senior advisor to Pete Buttigieg.

“What a really weird tweet,” said Ben White of Politico.

“No big deal here just the mayor of New York telling Jews that ‘the time for warning has passed’ and promising to round them up and arrest them if they exercise their First Amendment rights. Totally fine. Who could possibly have a problem with this?” responded Matt Walsh sarcastically.

“You’re an awful human being. And for the record I was ahead of the curve on it. Also, my sister and her family just moved out of what was once the greatest city in the world. Mazel tov. (Thats Jew talk.),” replied Dave Rubin.

“The NYPD are not your personal Nazis. They should tell you to pound sand and stand guard to let people worship,” said Dan Gainor of NewsBusters.

De Blasio and his wife were confronted by an angry New Yorker when they were caught taking a non-essential trip in order to talk a walk miles away from their home. The video of the man berating de Blasio as he scurried away quickly went viral online.