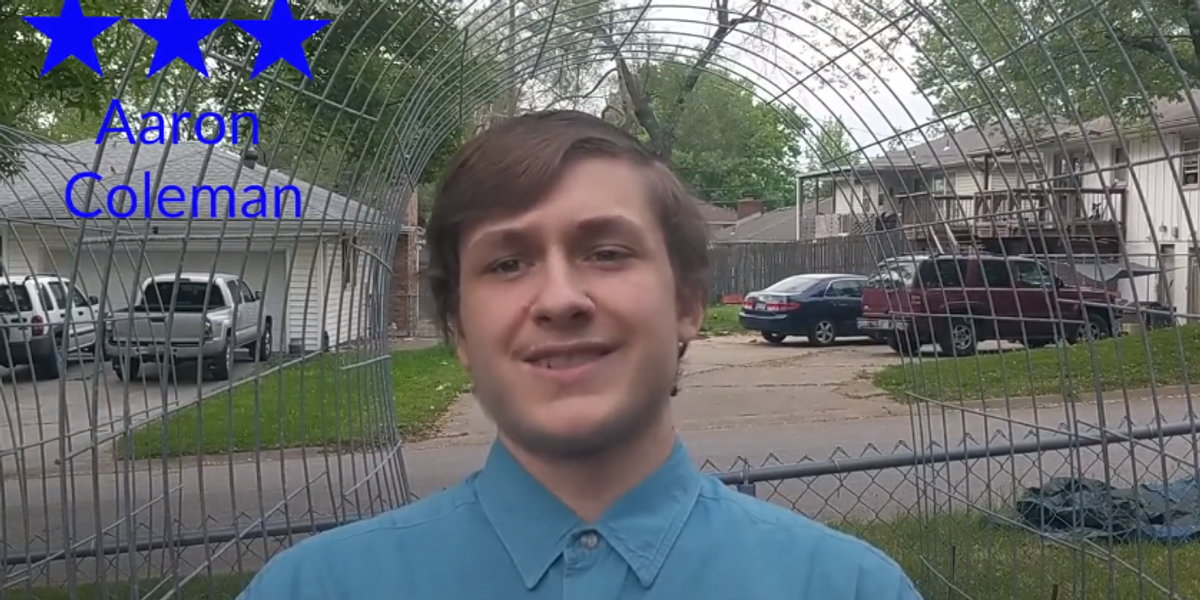 A 19-year-old Democratic candidate released a statement on Sunday regarding allegations of physical abuse made by his ex-girlfriend. Aaron Coleman, who is running for a seat in the Kansas state House of Representatives, unbelievably hinted that the alleged physical abuse that he is is accused of committed could have been prevented if “Medicaid for all” was passed.

Last month, one of Coleman’s ex-girlfriends came forward with accusations that he physically abused her. Taylor Passow said she met Coleman last November, and the two started dating. She said they rented an Airbnb in Kansas City on Dec. 27, 2019.

“He sat there for a few seconds, then he jumped on top of me, put his hands around my throat and started squeezing, and slapped me three times, and said, ‘I don’t know where the f*** you think you’re going,'” Passow alleges. She claims that she pushed him off of her.

Passow said that Coleman demanded that she apologize for threatening to break up with him, then stormed out of the hot tub, and went to the car.

Four days later, Passow and Coleman disputed what happened in the hot tub through text messages. She reportedly texted him, “You got on top of me and started choking me and slapping me. Then I broke up with you.”

Coleman allegedly replied, “That never happened. You dumped me and I smacked you and you smacked me and I immediately got up and stormed out of the hot tub.”

On Sunday, Coleman addressed the accusations of physical abuse with a curious statement released on Twitter.

“While it is true I was abusive to my ex-girlfriend, I do not agree with the characterization being made about our experience in the hot tub the day after Christmas,” Coleman wrote. “I did not choke her. I also don’t think she is intentionally lying, as I know large quantities of alcohol could be affecting both of our memories.”

“Two months I dated Taylor were mutually abusive, and this is not a justification for what I did but the reason why I must lead by example,” the statement read. “But words alone are not enough today. We must strive to create a society safe for women, which we currently do not do.”

“I believe if we had more early childhood education funding, and taught what healthy interpersonal relationships look like, my ex and I would have been less toxic to each other,” Coleman claimed.

“Additionally, we must pass Medicaid for All so people can receive counseling and mental health support based on the need for treatment and not ability to pay,” Coleman pivoted.

Coleman, who is a community college student, confessed in August that he carried out abusive behavior toward multiple girls in middle school.

“In exercising my first amendment rights, earlier this week I crossed a boundary and offended people,” Coleman said in an Aug. 1 apology. “After careful deliberation, I recognize I responded impulsively regarding a serious issue. For that I am sorry. Additionally, I apologize to the Democratic Party for my actions which are in no way a reflection of the party’s ideals.”

One woman said Coleman’s middle school abuse included “calling me fat, telling me to kill myself, like I’m never going to find anyone, like I’m worthless, just downgrading me every day.”

Passow also alleges that Coleman hinted that she kill herself. “Air out the clip into your head,” he reportedly told her on Dec. 31, four days after the hot tub incident. “Mag dump yourself. Do that midnight tonight. If I never hear from you again then I’ll know what happened.”