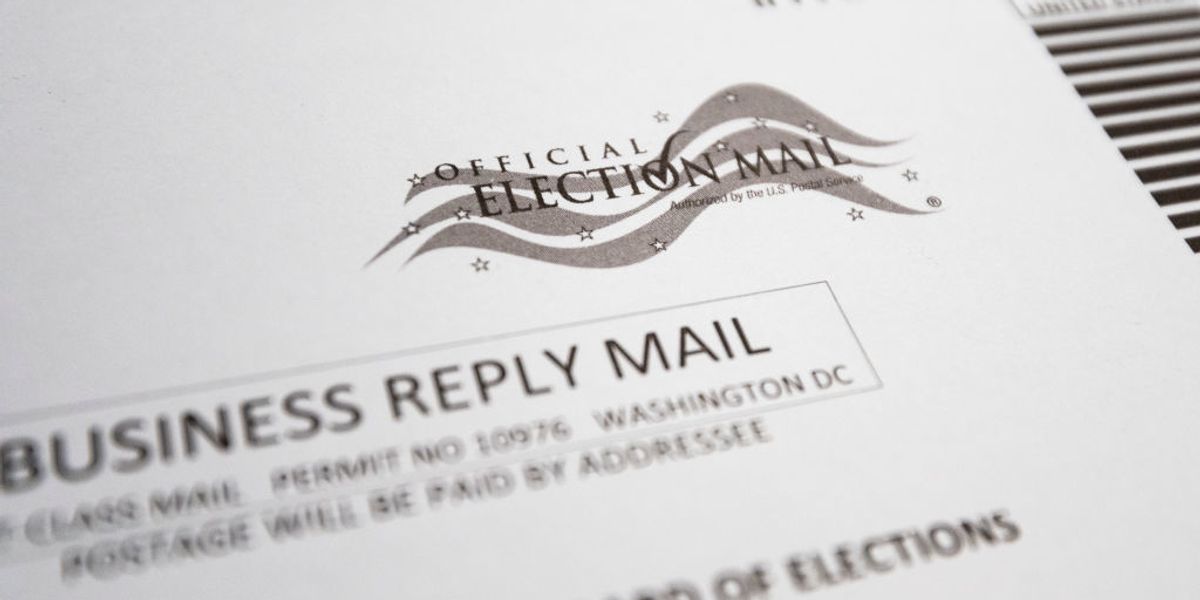 Millions of Americans are eager to cast their ballots ahead of the Nov. 3 election. A new report states that over 8 million Americans have voted early in the presidential election in 31 states compared to approximately 75,000 people who voted one month early before the 2016 election. Thus far, Democratic voters reportedly have a commanding lead over Republicans in early election estimates, but one pollster says there’s no reason for conservatives to panic just yet.

The United States Elections Project, which compiles early voting data, found that Democratic voters hold a wide margin when it comes to voting early. Over 1.7 million voters registered as Democrats have cast their ballot already, versus only 750,509 voters registered as Republicans as of Oct. 9. There were more than 600,000 with no party affiliation who voted early. States that provide party affiliation data include California, New Jersey, Maryland, Florida, Iowa, North Carolina, Oklahoma, and South Dakota.

Chris Wilson, a GOP pollster who has worked for Texas Sen. Ted Cruz, Texas Gov. Greg Abbott, and Florida Gov. Ron DeSantis, says there’s no reason to panic that Democrats have voted early at a much higher rate than Republicans.

“There isn’t a reason for Republicans to panic just because Democrats are ‘winning’ the mail vote,” Wilson told USA Today. “Every vote counts just once whether it is cast today or cast on Election Day.”

Wilson said Democrats participating in mail-voting more than Republicans was forecast long ago. However, Wilson did give a warning to Republicans.

“That being said, the concerning thing for Republicans has to be that once a Democratic vote is cast, it can’t be taken back,” Wilson said. “So our window to message and convert any of these voters away from voting for Democrats is shorter than the number of days left in the campaign.”

Florida has had the most early voters with nearly 1.4 million, where over 700,000 registered Democrats voted versus nearly 400,000 Republicans, and there were more than 250,000 voters with no party affiliation. Virginia has over 886,000 early voters, followed by the battleground states of Michigan with more than 844,000, and Wisconsin with over 646,000.

Michael McDonald, associate professor of political science at the University of Florida, who manages the United States Elections Project, said the early turnout is unprecedented.

“We’ve never seen this many people voting so far ahead of an election,” McDonald told Reuters. “People cast their ballots when they make up their minds, and we know that many people made up their minds long ago and already have a judgment about Trump.”

The total number of voters who voted early, absentee or by mail-in more than doubled from 24.9 million in 2004 to 57.2 million in 2016, according to the U.S. Election Assistance Commission. Experts expect that number to increase exponentially because of the coronavirus pandemic, and because numerous states have made mail-in voting more accessible.

There are 25 days until the general election.