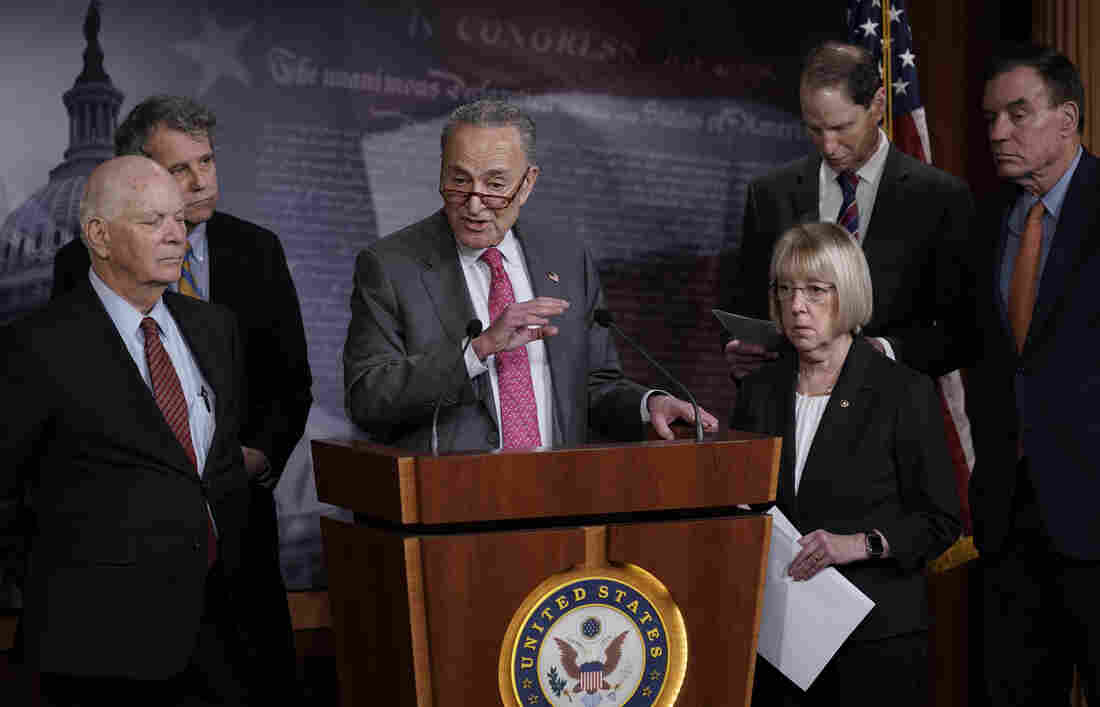 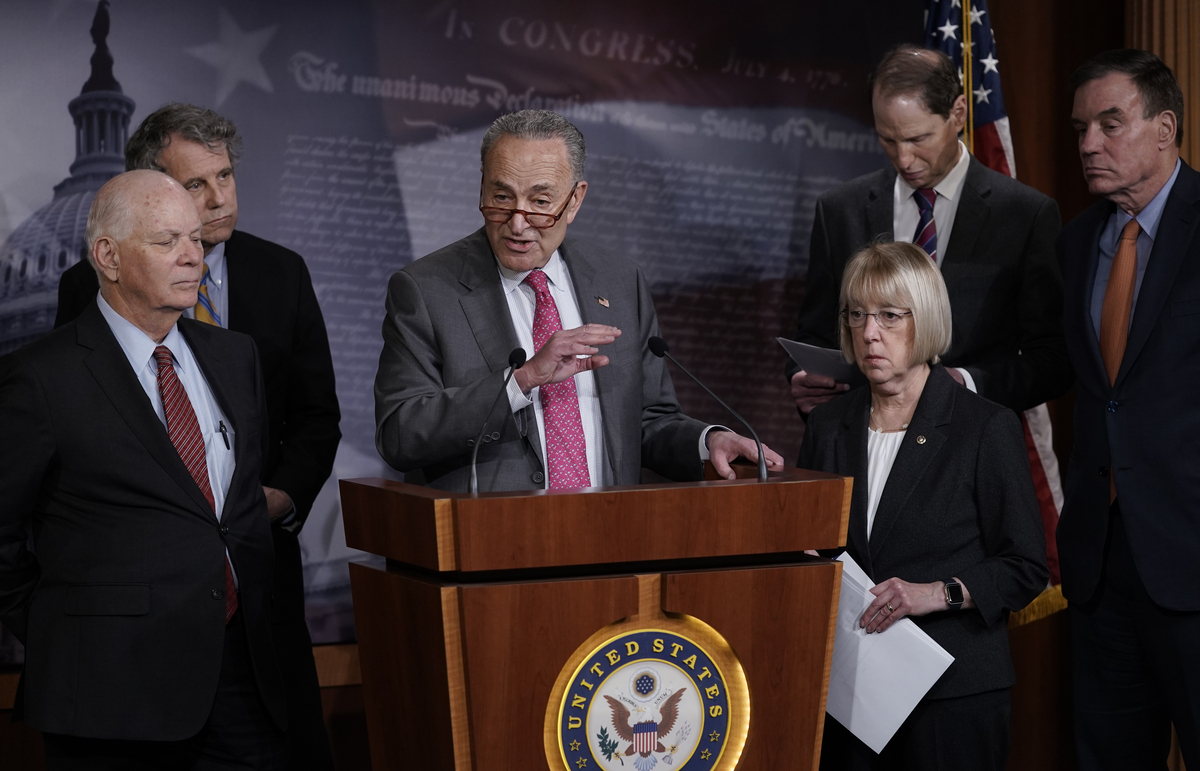 Congressional Democrats unveiled a measure for a legislative stimulus package aimed at mitigating the economic damage stemming from the coronavirus.

The House legislation, which was released shortly after 11 p.m. on Wednesday, provides short-term benefits including expanded unemployment reimbursement for states, additional funding for food security for low-income children and federally funded family and sick leave for people affected by the virus.

In addition to the paid leave programs, the legislation would provide $500 million for low-income women, mothers with young children and pregnant women who lose jobs due to the virus, $400 million for food banks and flexibility for state-run programs.

The bill also includes free coronavirus testing and a boost in Medicaid reimbursement to help states address testing and treatment needs. The White House position on the measure is unclear.

The Democratic measure came shortly after President Trump addressed the nation and unveiled his plan to stem coronavirus: a 30-day suspension of travel from Europe to the U.S. and a raft of economic measures.

Trump had previously proposed a payroll tax cut to boost the economy, but both House and Senate Democrats rejected that proposal, arguing it does not provide help to those hit hardest by the pandemic. They said that tax relief is geared too much toward wealthier Americans who aren’t feeling the pain as acutely as restaurant, hotel and others in the retail sector.

“We need targeted assistance to those workers and families who are being directly affected by the coronoavirus,” Virginia Sen. Mark Warner said.

Trump’s advisers have recommended economic measures he can take using his executive powers — and some that he will need to work with Congress on to help small- and medium-sized business, Treasury Secretary Steve Mnuchin said, speaking at a White House meeting with CEOs from major banks.

“I think the financial system of the US is in great shape and is prepared to handle this problem” Mnuchin said.

House Democratic leaders outlined their legislation to rank and file members at a closed-door meeting Wednesday afternoon. The plan includes federally funded paid sick and family leave, an expansion of food security benefits for low-income families and other proposals to encourage people with symptoms to come forward and be tested, according to several Democrats in the meeting.

House Ways and Means Committee Chairman Richard Neal, D-Mass., told reporters he worked on a portion of the bill that would expand unemployment insurance to provide reimbursement to states.

“We are acting on a national health emergency,” Neal said. “This will encourage people to go and get tested.”

Neal said he has been in touch with Mnuchin throughout the drafting of the legislation and “he surely seemed supportive of the positions I had taken.”

Mnuchin has also been in frequent contact with Senate Majority Leader Mitch McConnell, R-Ky., and House Speaker Nancy Pelosi, D-Calif., according to leadership aides. Drew Hammill, a spokesman for Pelosi, tweeted that the speaker conferred with Mnuchin shortly before she briefed Democrats on the legislation.

House Democrats plan to move quickly once the legislative text is released. House Rules Committee Chairman Jim McGovern, D-Mass., told reporters that he is on call to process the legislation with the goal of holding a vote on Thursday.

Pelosi and Senate Minority Leader Chuck Schumer, D-N.Y., began pushing over the weekend for many of the items in the new bill.

Schumer emphasized in a press conference on Capitol Hill on Wednesday that their framework for a legislative response must included items like paid family leave, nutrition assistance and other proposals he said would help give both short-and long-term relief.

Trump said in the meeting with banking industry leaders that he was looking at “various forms” of economic stimulus, but noted that Democrats were not in favor of a payroll tax holiday.

Earler on Wednesday Schumer sent a letter to the president along with more than 30 Senate Democrats appealing for quick action.

“While following social distancing guidelines may be important to mitigate the spread of the virus, it creates potentially grave economic challenges for American workers who are not easily able to telework or who do not have access to paid leave,” the senators wrote. “Further limitations on travel, access to more common general services, and cancellation of major events will potentially hurt a large number of Americans who work or depend upon hospitality, travel, tourism, and retail businesses.”

They also pressed for six months of loan forgiveness for federal student loans and mortgages, disaster grants for communities forced to shut down, direct assistance from the Small Business Administration for retail and other businesses failing due to drop off because of the outbreak.

“The virus doesn’t say are you a Republican or a Democrat,” Democratic Vermont Sen. Patrick Leahy said Wednesday, adding, “It’s affecting all Americans.”