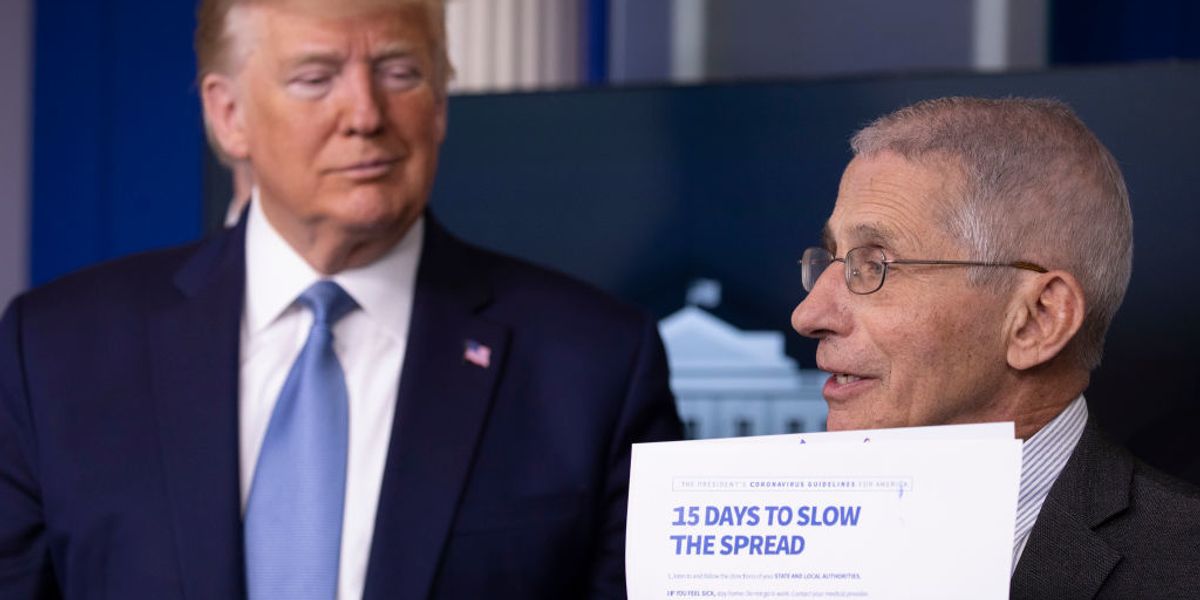 Dubbed as the nation’s “coronavirus hero” by news publications, Dr. Anthony Fauci is undoubtedly the country’s most respected expert on the COVID-19 pandemic. While Democratic politicians and the left have tried to pin him against President Donald Trump during the crisis, the world-renowned immunologist has praised the president’s leadership during the crisis and says he and the commander in chief are aligned.

In an interview with The Atlantic, Fauci was asked how Trump compared to past presidents with whom he has worked.

“He has a very unique style,” he said. “But the thing that encourages me is that every time I’ve asked him to do something—cut out China travel, or go to the mitigation guidelines—he’s always ultimately listened to what I’ve said.”

Dr. Fauci’s comments contradict accusations leveled by Democratic frontrunner Joe Biden who has repeatedly implied that Trump ignores the opinions of scientists and experts on the coronavirus.

In fact, Fauci, who news organizations once falsely suggested was being “muzzled” by the White House, stated that Trump has always accepted his scientific expert opinion.

“When I’ve said, ‘I really think we should do this,’ he’s never said no and overruled my recommendation.” he said, adding “when it comes to the core of what gets done, thankfully, he has listened to me.”

Fauci on Trump: ‘There isn’t a fundamental difference’ between us

While the Associated Press claimed Dr. Fauci and Trump are at odds, the Presidential Medal of Freedom recipient said on CBS’ “Face the Nation” that this simply is not true.

Anchor Margaret Brennan asked him if he and Trump disagreed on whether a malaria drug called hydroxychloroquine could be used to prevent COVID-19, to which the scientist said they were aligned.

“The President was trying to bring hope to the people,” Dr. Fauci said regarding comments Trump made during a recent press briefing where he said he felt optimistic about the drug’s potential to treat the coronavirus.

“I think there’s this issue of trying to separate the two of us. There isn’t fundamentally a difference there,” he added.