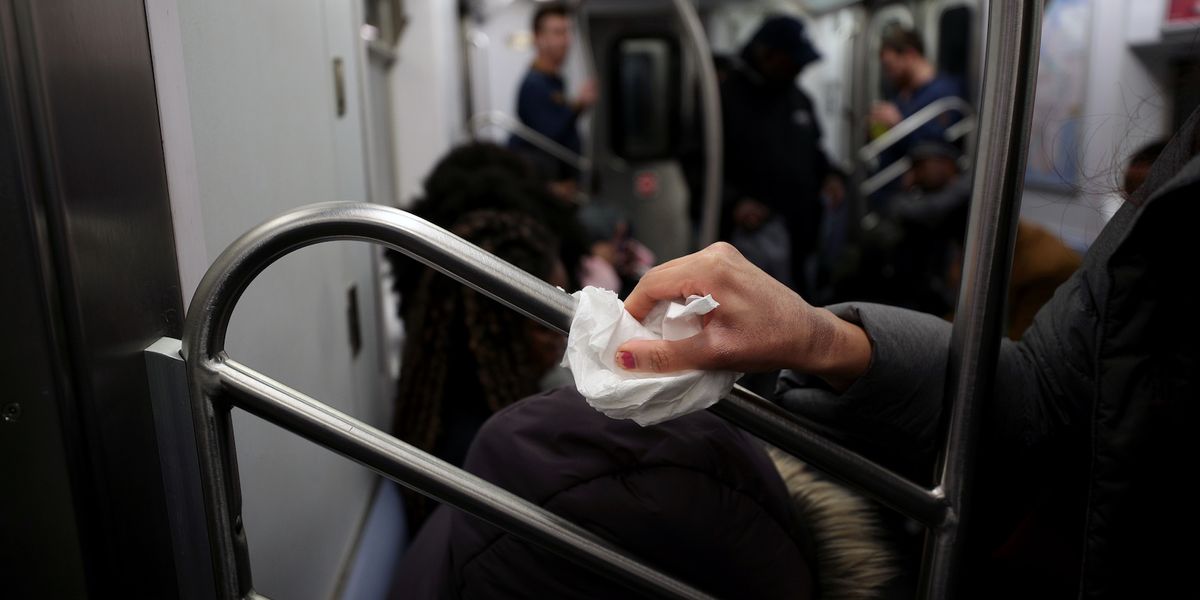 In New York City, the epicenter of the growing coronavirus outbreak in the United States, residents are advised to practice social distancing. Meaning, they need to stay six feet away from one another and avoid any physical contact. A recent photo from inside a subway shows that for some, distance isn’t an option.

The photo shows the No. 2 train during evening rush hour, when the workers who are essential or don’t have the luxury of working from home or taking time off are commuting. There are fewer trains running than normal due to crew shortages.

There are some medical experts who believe there is evidence that COVID-19 is transmittable not just by coughing, sneezing, and physical contact, but even simply through breathing and talking. If that’s true, there could be significant spread of the virus in a packed subway car, which could then be multiplied as the passengers leave the train to go to their various workplaces.

Population density is one of the potential reasons that New York City has the worst outbreak in the nation right now. There are more than 100,000 cases in the state of New York, and more than 57,000 of those are in New York City. Nearly 3,000 of the approximately 6,600 coronavirus deaths in the U.S. are in New York.

Some hospitals in New York City have become so overwhelmed with the coronavirus patients that ventilators have been redistributed from hospitals with less urgent demand in order to cover needs. New York Democratic Gov. Andrew Cuomo has said that at the current pace of usage, the city will be out of ventilators in less than a week.

New York City Mayor Bill de Blasio has asked all residents to cover their faces with some sort of mask, even homemade ones, in an attempt to slow the spread of the virus. Mask shortages have been an issue for health care workers, even though the surgeon general initially told citizens to stop purchasing them because they weren’t effective in preventing people from getting the virus.