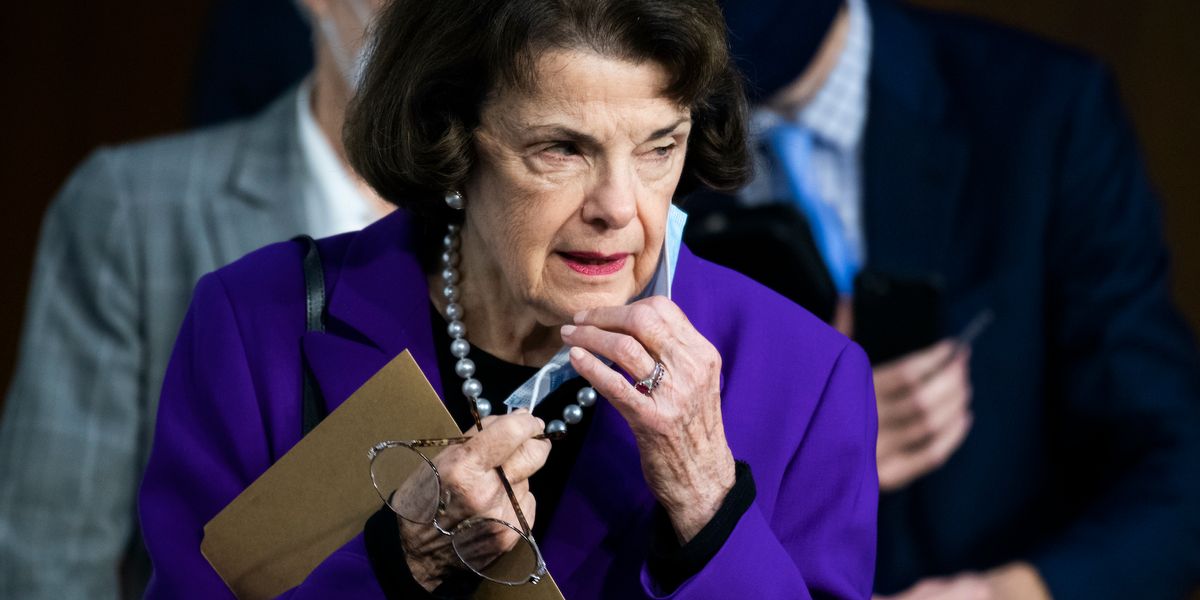 Democratic Sen. Dianne Feinstein of California stepped down from her leadership position after outraged progressives criticized her over her actions during the congressional hearings for Supreme Court Justice Amy Coney Barrett.

Feinstein made the announcement Monday that she was stepping down as the ranking Democrat on a key committee and would not seek any other such positions.

“After serving as the lead Democrat on the Judiciary Committee for four years, I will not seek the chairmanship or ranking member position in the next Congress,” Feinstein said.

The 87-year-old Feinstein was targeted by far-left progressive groups after she was seen quickly hugging Republican Sen. Lindsey Graham of South Carolina after the end of the hearings in October for the Supreme Court confirmation of Barrett.

Feinstein also told Graham, “I just want to thank you. This has been one of the best set of hearings that I’ve participated in. Thank you so much for your leadership.”

“Someone like Feinstein who is so out of step with the rest of the party should not be the lead Democrat on the Judiciary Committee,” tweeted Ben Rhodes, the former national security adviser for former President Barack Obama.

Someone like Feinstein who is so out of step with the rest of the party should not be the lead Democrat on the Judiciary Committee.

“If Senate Democrats are going to get their act together on the courts going forward, they cannot be led by someone who treats Sunrise activists with contempt and the Republican theft of a Supreme Court seat with kid gloves,” Fallon said in the statement.

Two months later, it appears that Feinstein bowed to their demands. She said elsewhere in the statement that she would instead focus on the issues that most affect her constituents.

“California is a huge state confronting two existential threats — wildfire and drought — that are only getting worse with climate change,” Feinstein said. “In the next Congress, I plan to increase my attention on those two crucial issues. I also believe that defeating COVID-19, combating climate change and protecting access to health care are critical national priorities that require even more concentration.”

The move by Feinstein might have also been a concession to the far-left wing of the Democrats after public infighting broke out after a disappointing showing in the 2020 election.

Here’s video of the hug that killed Feinstein’s career: