Welcome to Part Twenty-Eight of our latest audio adventure The Riddle of the Sands by Erskine Childers. In tonight’s episode, Carruthers makes the mistake of breakfasting in an ill-chosen beer house:

Its proprietor was no simple Frisian, but an ill-looking rascal with shifty eyes and a debauched complexion, who showed a most unwelcome curiosity in his customer. As a last fatality, he wore a peaked cap like my own, and turned out to be an ex-sailor. I should have fled at the sight of him had I had the chance, but I was attended to first by a slatternly girl who, I am sure, called him up to view me. To explain my muddy boots and trousers I said I had walked from Esens, and from that I found myself involved in a tangle of impromptu lies. Floundering down an old groove, I placed my sister this time on Baltrum Island, and said I was going to Dornumersiel (which is opposite Baltrum) to cross from there. As this was drawing a bow at a venture, I dared not assume local knowledge, and spoke of the visit as my first. Dornumersiel was a lucky shot; there was a ferry-galliot from there to Baltrum; but he knew, or pretended to know, Baltrum, and had not heard of my sister.

I grew the more nervous in that I saw from the first that he took me to be of better condition than most merchant seamen; and, to make matters worse, I was imprudent enough in pleading haste to pull out from an inner pocket my gold watch with the chain and seals attached. He told me there was no hurry, that I should miss the tide at Dornumersiel, and then fell to pressing strong waters on me, and asking questions whose insinuating grossness gave me the key to his biography. He must have been at one stage in his career a dock-side crimp, one of those foul sharks who prey on discharged seamen, and as often as not are ex-seamen themselves, versed in the weaknesses of the tribe. He was now keeping his hand in with me, who, unhappily, purported to belong to the very class he was used to victimize, and, moreover, had a gold watch, and, doubtless, a full purse. Nothing more ridiculously inopportune could have befallen me, or more dangerous; for his class are as cosmopolitan as waiters and concierges, with as facile a gift for language and as unerring a scent for nationality. Sure enough, the fellow recognized mine, and positively challenged me with it in fairly fluent English with a Yankee twang.

Oh, my! Can Carruthers shake off this Yankee-twanged shifty-eyed debauched crimp? (That’s “crimp” in the archaic sense of a fellow who swindles or pressgangs men into naval service.) Members of The Mark Steyn Club can hear Part Twenty-Eight of our adventure simply by clicking here and logging-in. Earlier episodes can be found here.

Yesterday we were musing on the trusty Baedeker, all but ubiquitous in early twentieth-century travel fiction. Robert, a First Month Founding Member of the Steyn Club from Ottawa, notes that it’s also very helpful for global conquest:

The latest mention of a Baedeker that I’m aware of is when Adolf tapped, out of the blue, the relative obscure General Nikolaus von Falkenhorst to command the (also out of the blue) invasion of Norway. Falkenhorst was told he could have five divisions, and had five hours to put together a plan.

Falkenhorst knew nothing about Norway, and his first action was to go out and buy a Baedeker.

That’s true. The general planned his invasion using only Baedeker’s maps, and it worked brilliantly.

If you’re in the mood to invade East Friesland, I hope the guide below comes in handy. Carruthers is breakfasting at Dornum, just south of the German coast in the center of the map: 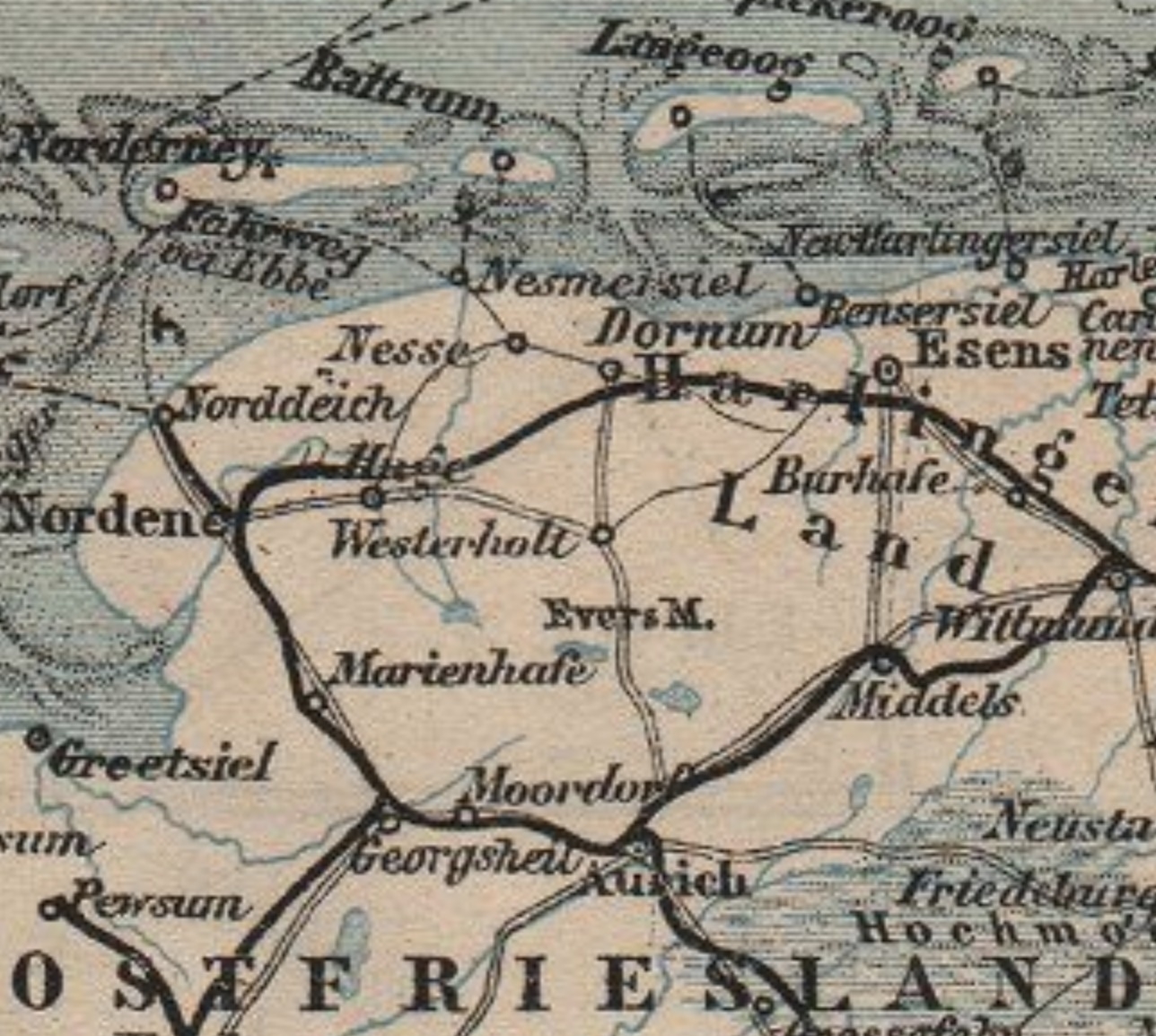 If you’d like to know more about The Mark Steyn Club, please click here – and don’t forget our special gift membership. Do join me tomorrow evening, Friday, for Part Twenty-Nine of The Riddle of the Sands.