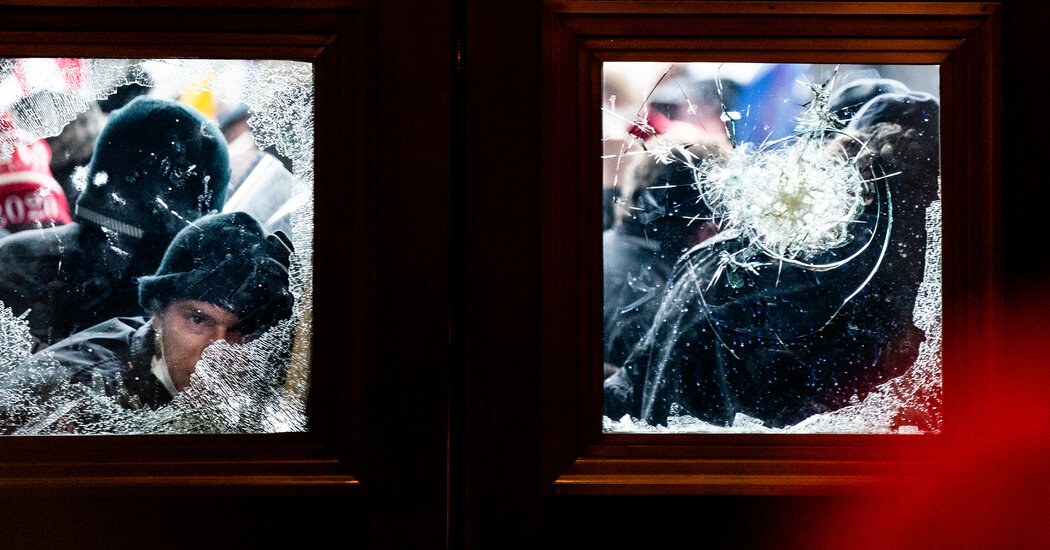 Mr. Trump used a lot of violent imagery and insinuations as he whipped up anger among his followers, directed them to “fight much harder” and dispatched them to march on the Capitol, but he never expressly directed them to go commit crimes. And he also stated, “I know that everyone here will soon be marching over to the Capitol building to peacefully and patriotically make your voices heard.”

Still, there has been agreement across ideological lines that Mr. Trump incited the riot.

Even former Attorney General William P. Barr, who had been one of Mr. Trump’s most important enablers and allies before he resigned last month, has interpreted his conduct as “orchestrating a mob to pressure Congress,” calling Mr. Trump’s actions “inexcusable” and “a betrayal of his office and supporters.”

Was Trump’s speech an official act?

Jack Goldsmith, a Harvard Law professor, flagged another potential hurdle for prosecutors: The Justice Department’s Office of Legal Counsel — including Mr. Barr, when he ran it in 1989 — has written several legal policy memos holding that laws sometimes do not apply to a president engaged in official acts unless Congress has made a “clear statement” that it intended that.

That legal policy raises difficult questions for Justice Department prosecutors — and, potentially, the courts — including whether Mr. Trump’s speech to supporters about a political issue counts as an official act.

“The whole thing is, in truth, clouded with uncertainty,” Mr. Goldsmith said.

Could Mr. Trump end up barred from future office?

The post-Civil War 14th Amendment to the Constitution bars from future office people who “engaged” in an insurrection or rebellion even if they previously took an oath to uphold the Constitution as a lawmaker or federal officer. However, by itself this principle lacks a mechanism for determining what counts or for enforcing it.