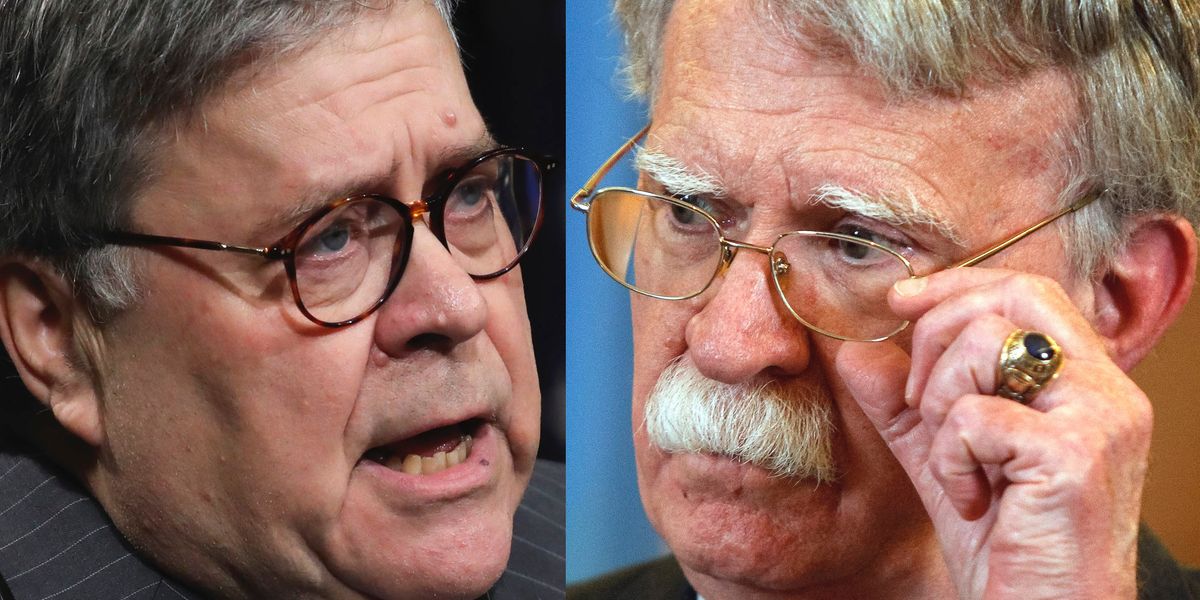 The Department of Justice disputed the claims reportedly made in John Bolton’s book against President Donald Trump and personal favors he made for leaders of foreign governments.

According to a report based on numerous sources that read portions of the book, Bolton claims that he brought up his concerns about Trump’s interactions with Turkey and China to US Attorney General William Barr.

A spokesperson for the DOJ released a statement saying the claims were “grossly” mischaracterized.

“There was no discussion of ‘personal favors’ or ‘undue influence’ on investigations, nor did Attorney General Barr say that the President’s conversations with foreign leaders was improper,” the statement continued.

Bolton reportedly also said in his upcoming book that he believed the president was withholding military aid promised to Ukraine in order to secure a politically motivated investigation into Joe Biden and his son.

Earlier on Tuesday, Senate Majority Leader Mitch McConnell (R-Ky.) told Republicans in a closed door meeting that he did not yet have enough votes to block Democrats from calling new witnesses. Democrats have been pressing to have John Bolton testify in the impeachment trial.