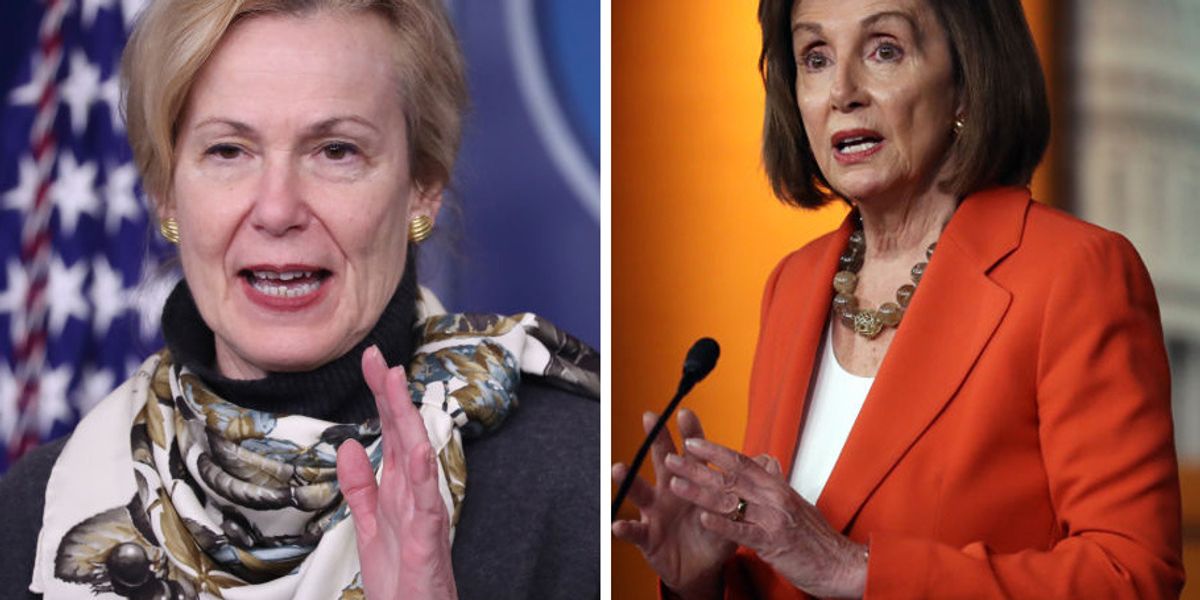 Dr. Deborah Birx, a key member of the White House coronavirus task force, responded to House Speaker Nancy Pelosi and the New York Times on Sunday over criticism that she has been overly optimistic about the trajectory of COVID-19.

What was the criticism?

“Deborah Birx is the worst. Wow, what horrible hands you’re in,” Pelosi said, according to Politico.

The California Democrat doubled down on that criticism Sunday, saying on ABC News’ “This Week” that she does not trust Birx because she was appointed to her position by President Donald Trump.

“I think the president is spreading — spreading disinformation about the virus and she is his — she is his appointee,” Pelosi said.

“I think the president is spreading disinformation about the virus and she’s his appointee. So I don’t have confide… https://t.co/ZtZgFCAHDi

Meanwhile, the New York Times said last week that, “Dr. Birx was the chief evangelist for the idea that the threat from the virus was fading.”

The Times report repeatedly attacked Birx and contrasted her with Dr. Anthony Fauci, whom the Times praised.

How did Birx respond?

Speaking on CNN’s “State of the Union,” Birx fired back at her critics, explaining that her decisions are influenced by data only.

I think it was unfortunate that “New York Times” wrote this article without speaking to me. I could have brought forth the data. I provide data every single day with an analysis. The day that they are talking about that I was —quote — “Pollyannish,” it said there was improvement in the New York metro, but ongoing cases in Boston and Chicago, a new outbreak in Houston and full logarithmic spread, and new concerning outbreaks in Baltimore, New Haven, and Washington, D.C.

She continued, “This was not a Pollyannish view. I have never been called Pollyannish or non-scientific or non-data-driven.”

“And I will stake my 40-year career on those fundamental principles of utilizing data to really implement better programs to save more lives,” Birx said.

Great response from Dr. Birx about Pelosi’s baseless attacks. Pelosi could learn a thing or two from this. “I hav… https://t.co/IFygD3cGOo