A viral video depicts a drag queen performing a suggestive dance for a little girl — even crawling up to her on hands and knees — while adults in the room smile, clap, and shimmy.

TikTok user @ameliamarino89 posted the video with the accompanying caption “Drag Brunch realness.” That account was taken down Friday afternoon.

In the clip, the drag queen is shown crawling up to the little girl and handing the child what appears to be a dollar bill, while a woman standing feet away from the child claps and dances: 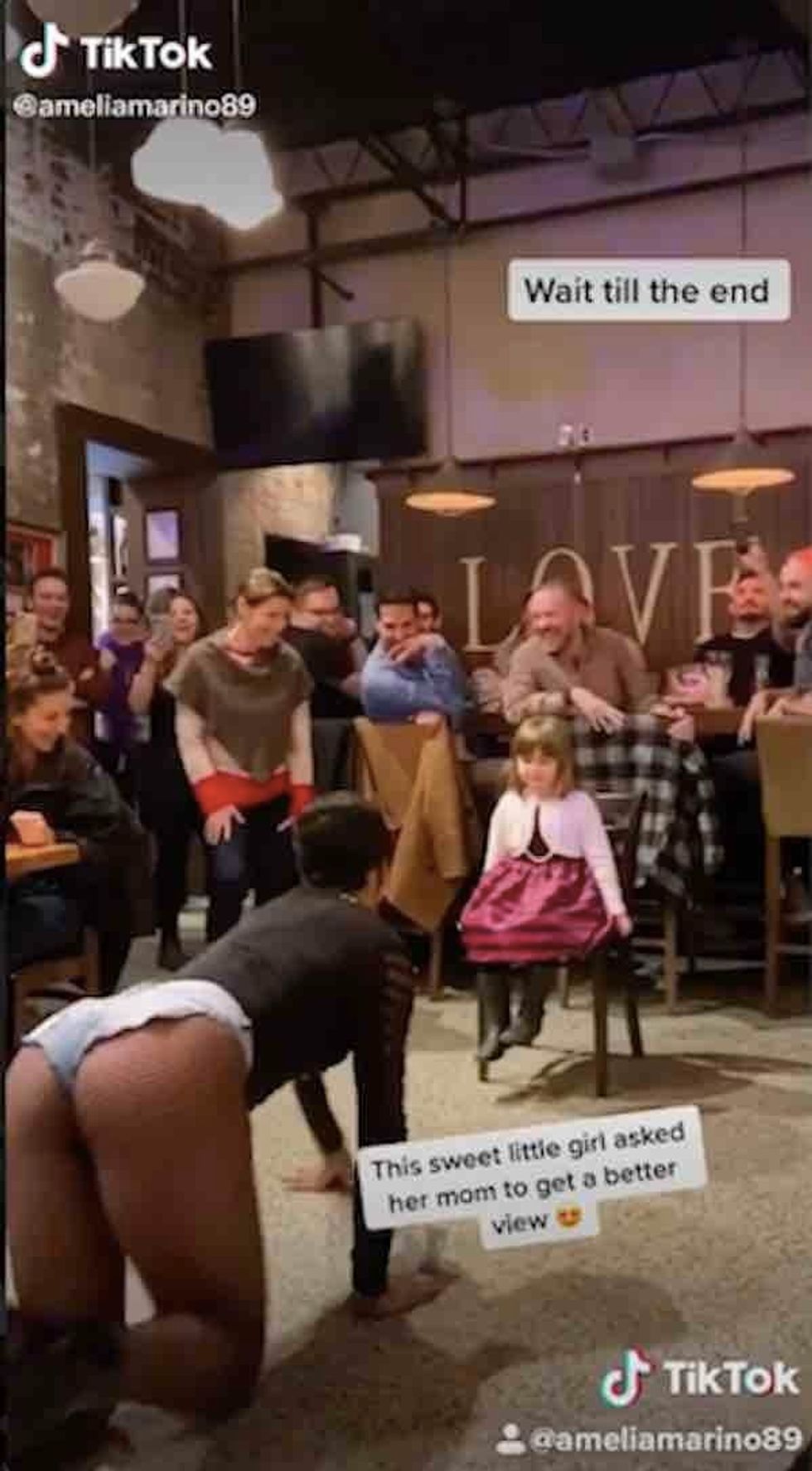 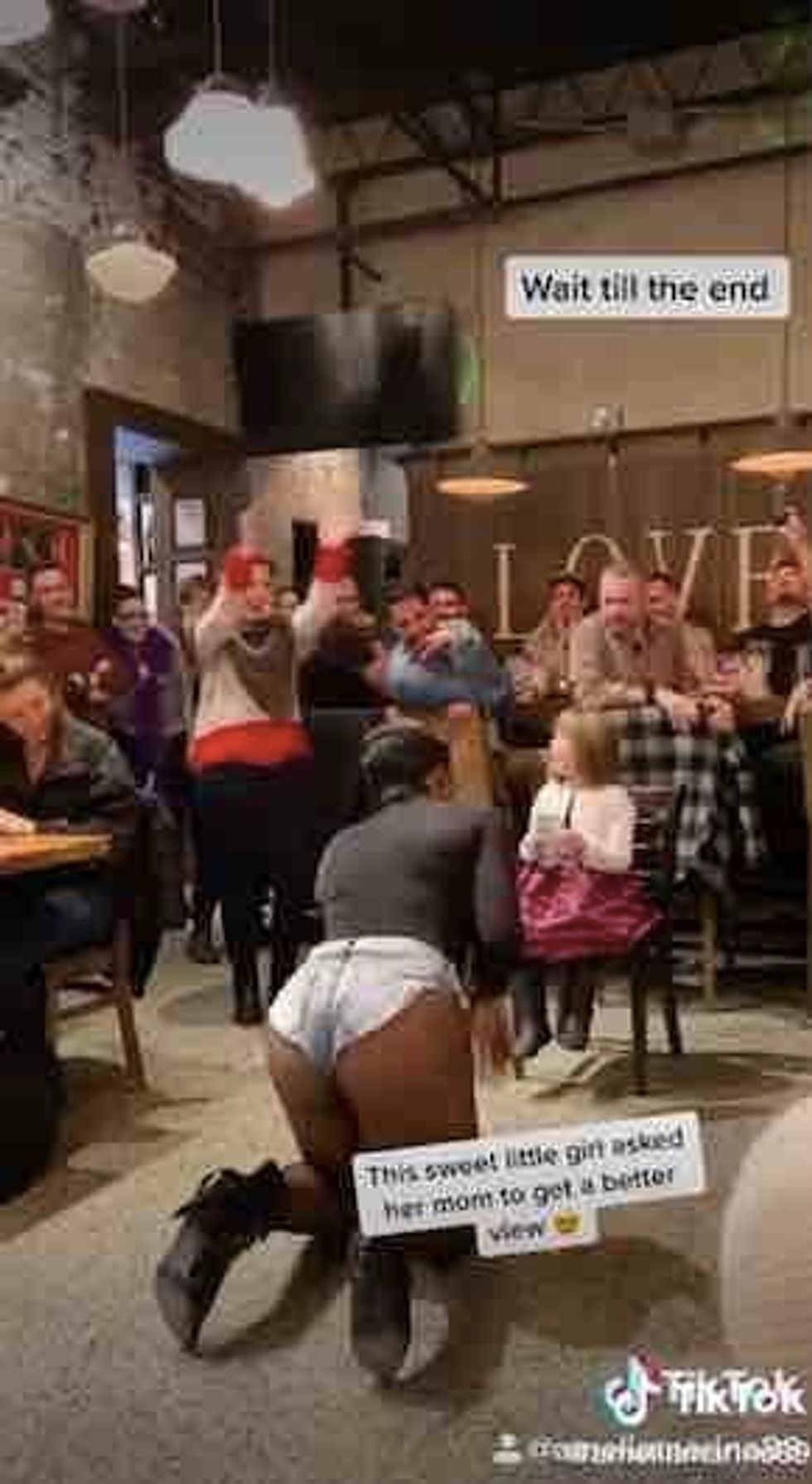 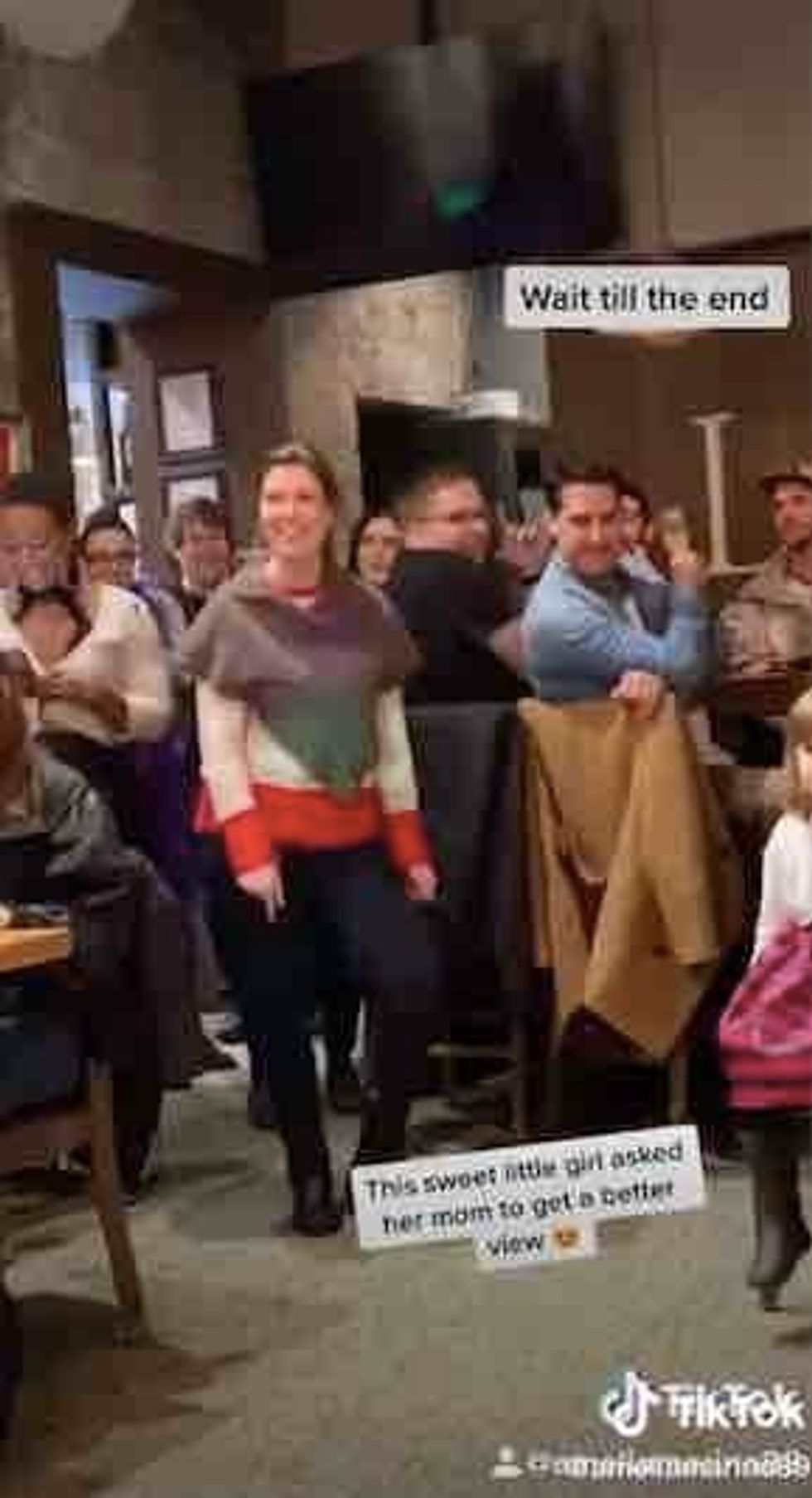 The drag queen then gets up, dances away from the little girl, then dances suggestively back toward her before kneeling down next to her seat and embracing her: 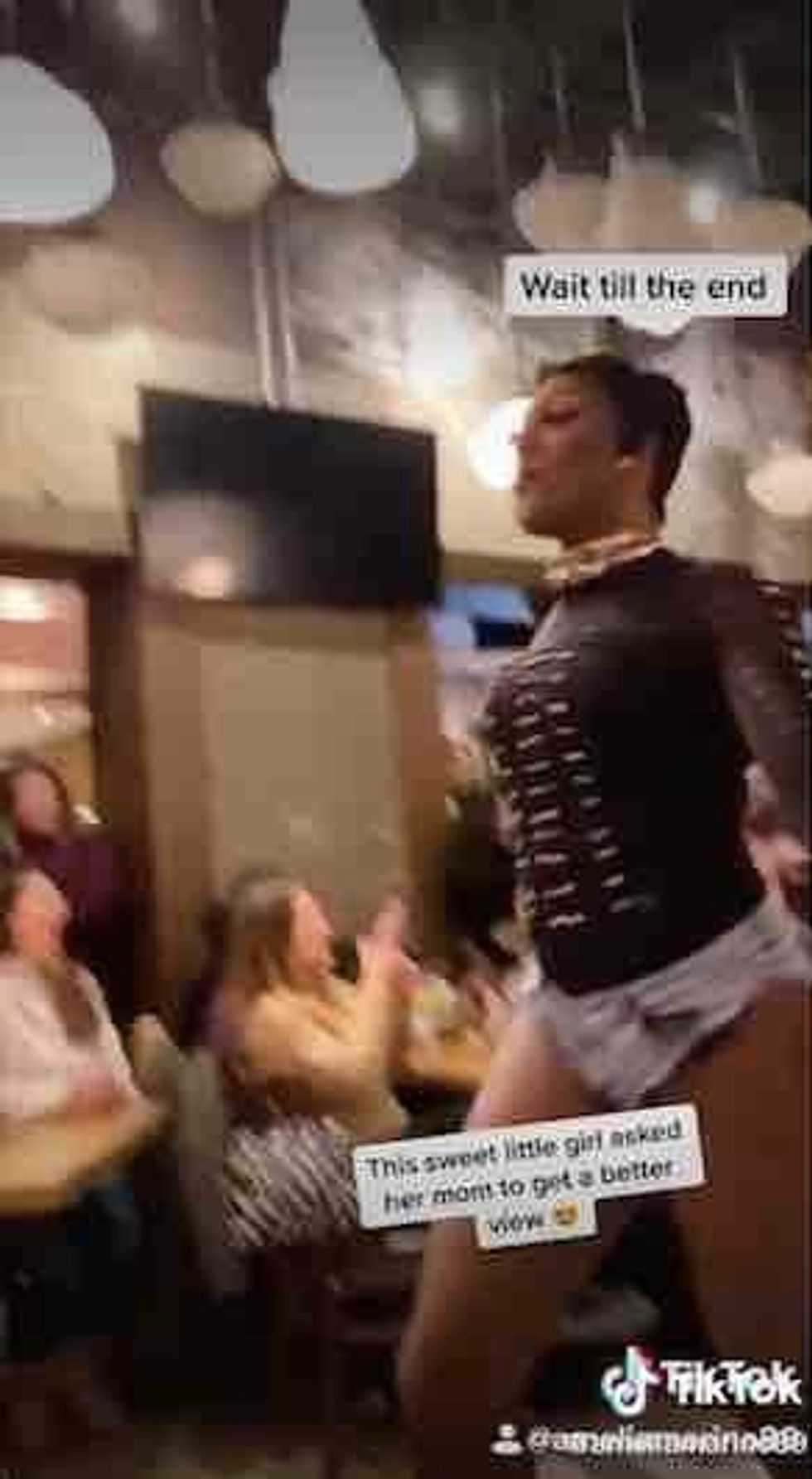 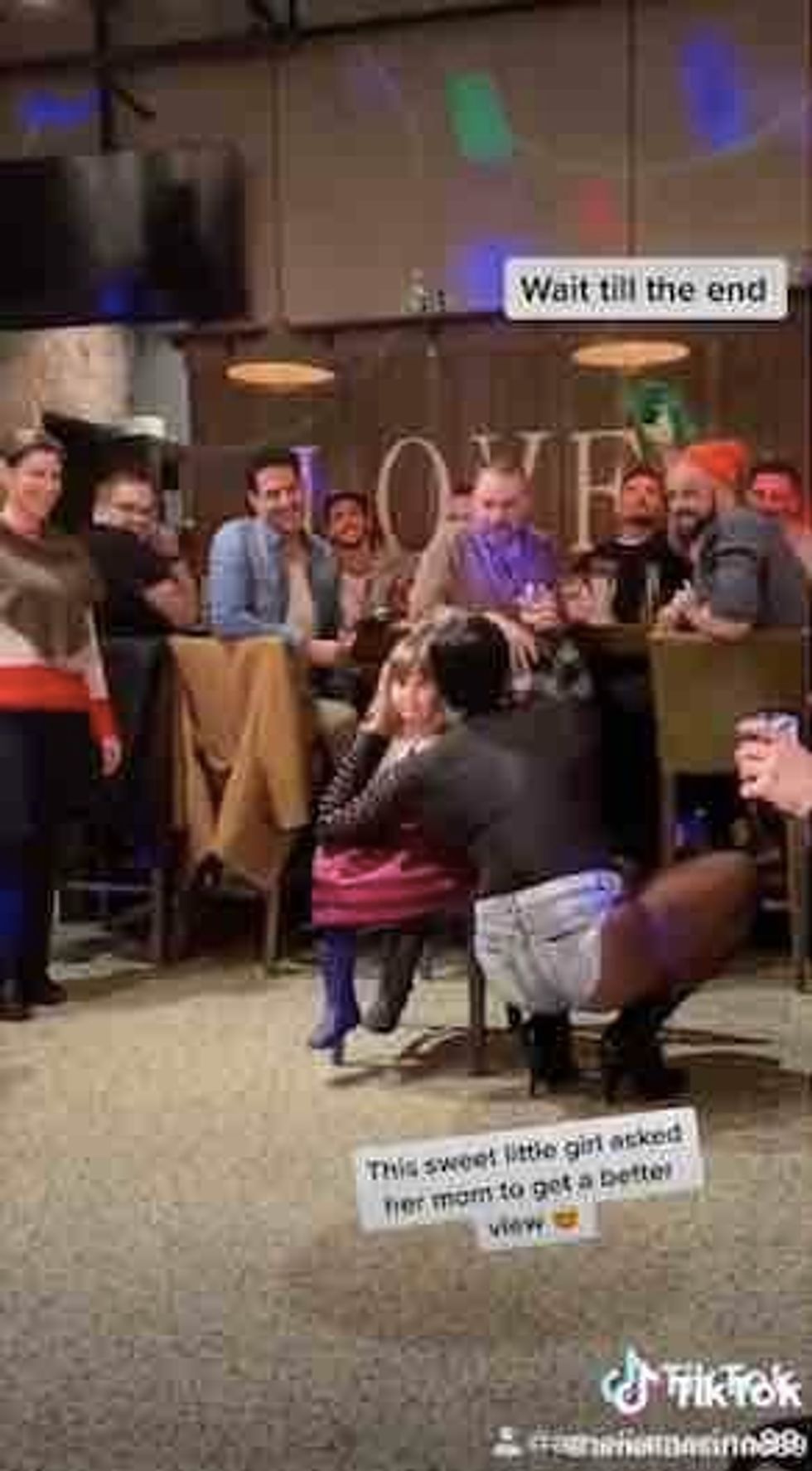 While the TikTok video was taken down Friday afternoon, a number of copies are out there:

Who is the drag queen in the video?

Tynomi Banks of Toronto is the drag queen depicted in the video, the Daily Caller reported, citing Banks’ publicist.

“There’s nothing wrong with kids watching drag so long as it’s an appropriate show lmao,” TikTok user sarakennn_ commented on the original clip, the Daily Caller said, adding that the user who posted the TikTok video replied, “Agreed.”

The outlet also said the original poster of the TikTok video commented, “The friendship we didn’t know we needed, but now can’t live without.”

But comments under the Twitter version of the video were far less charitable:

The Daily Caller said the TikTok video was posted Feb. 9. Banks’ website indicates a Feb. 8 “Drag Brunch” at Dominion Pub and Kitchen in Toronto, and the restaurant lists the same event. A wall in the video is adorned with the word “LOVE” in large letters, which appears to match a wall at Dominion Pub and Eatery which can be seen in the “photo gallery” on the Fab Restaurants site.

Neither Dominion Pub and Kitchen nor Banks’ booking agent on Friday immediately replied to TheBlaze’s request for comment regarding the location depicted in the clip.