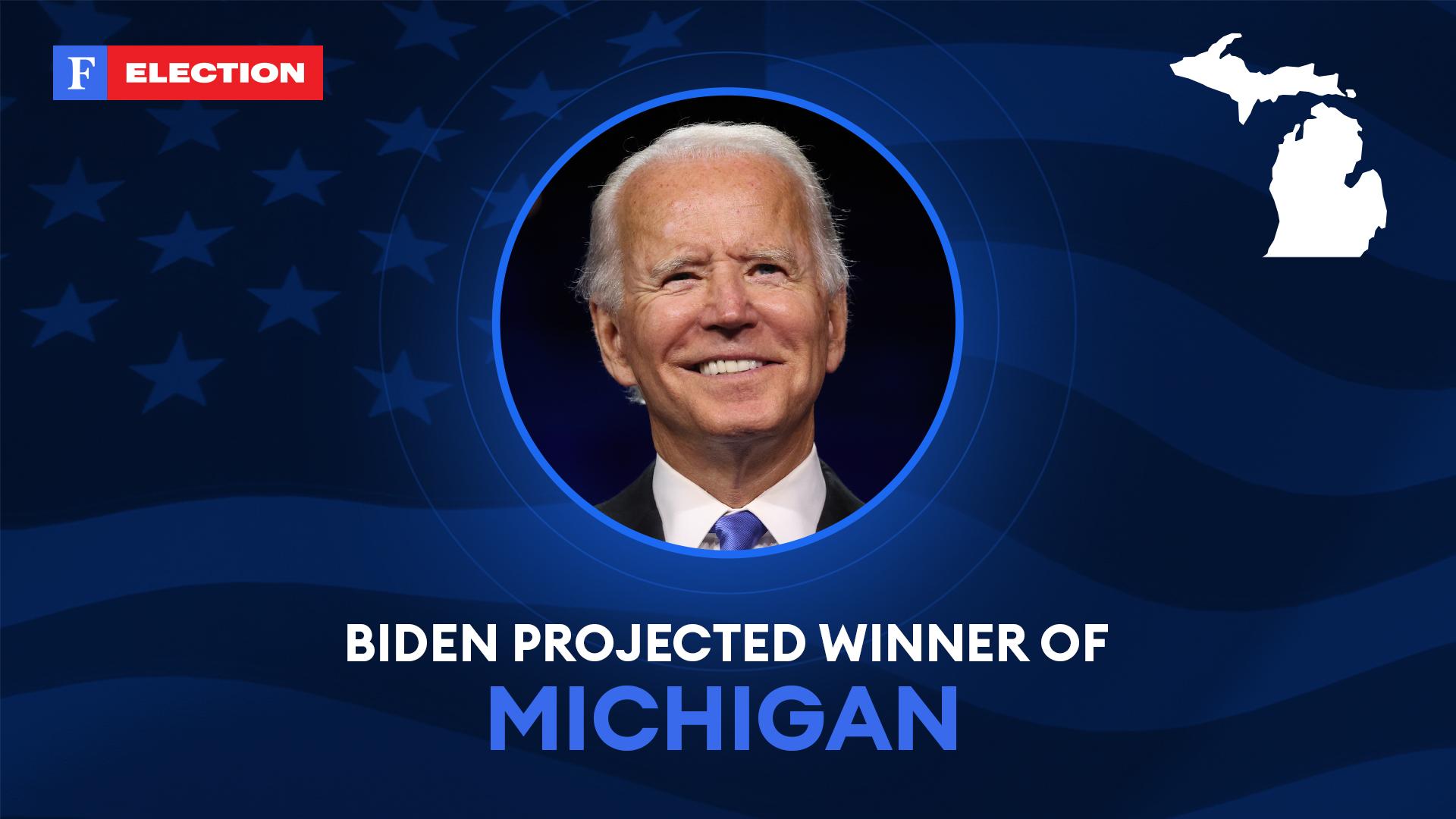 We’ll be updating this story regularly with state results in one of the most chaotic elections in modern American history. 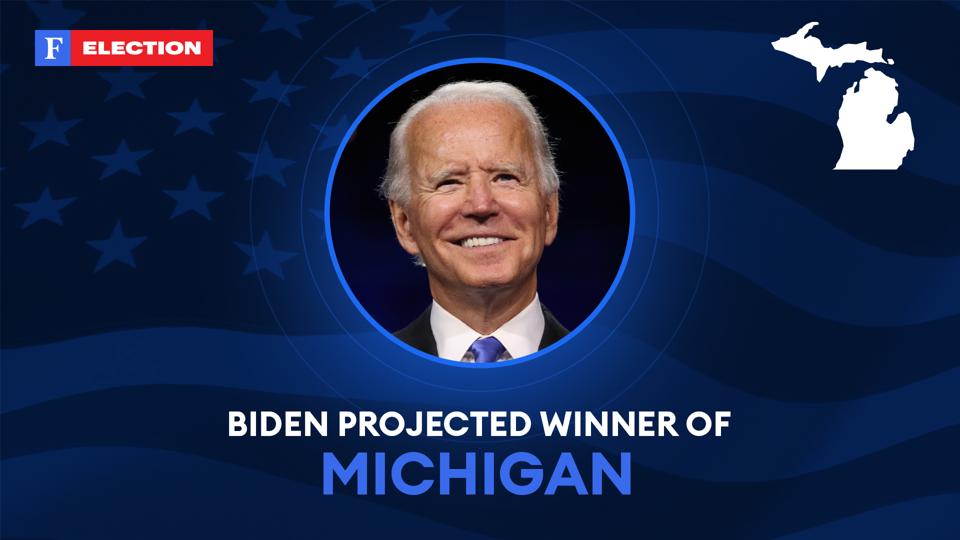 After the Trump campaign and protesters attempted to stop vote counting in Detroit on Wednesday afternoon, the Associated Press called Michigan for Biden at 6 p.m. EST, bringing the Democratic presidential candidate one state away from reaching 270 electoral votes and declaring victory.

The AP called Wisconsin for Biden at 1:16 p.m., which along with Arizona and Nebraska’s 2nd district are places that the former vice president has flipped to the Democratic column from Donald Trump in 2016.

President Trump took Maine’s 2nd congressional district, which he won by more than 10 points in 2016, making this election the first time that Nebraska’s 2nd district and Maine’s 2nd both split from their states.

The AP called Arizona for Biden at 2:51 a.m., making him the first Democrat to win the once reliably Republican state since Bill Clinton won it in 1996.

Biden secured victory in Nebraska’s 2nd congressional district, the first Democratic victory there since 2008 and one which could serve as a key tiebreaker in a not-implausible situation where Biden wins Arizona, Wisconsin and Michigan but loses Pennsylvania, North Carolina and Georgia.

The AP called Texas for Trump at 1:05 a.m. – Biden and the Democrats had hoped changing demographics would win them the delegate-rich Lone Star state, but it’s far from a critical stepping stone for Biden to get to 270 electoral votes.

Trump took the first major battleground as the AP called Florida for him at 12:35 a.m. – the Sunshine State was a must-win for Trump, but Biden’s campaign took pains on Tuesday to stress the Democratic candidate has several paths to victory without it.

Trump took Ohio at 12:19 a.m., handing him a critical electoral victory in a state he needed to win to keep his 2016 coalition and a morale victory as he fights to maintain the rest of Midwest, which will be key to him maintaining the presidency.

Biden was projected to win Minnesota at 12:13 a.m. – a target state for Trump, who lost there by just 1.5 points in 2016 – while Trump was forecast to take Montana and Iowa, reach states for Biden but ones that were possible for him to win on a good night.

Biden took New Hampshire, another longtime swing state that has trended blue recently like Virginia and Colorado, at 10:54 p.m. – the state wasn’t called for Clinton until 6 days after Election Day.

Missouri, a fairly red state that has grown increasingly Republican-leaning in recent years, was called for Trump by AP at 10:31 p.m.

The AP called Colorado for Biden at 9:39 p.m., shortly after polls closed in the state, which, like Virginia, has shifted from a hotly competitive swing state to an increasingly reliable blue state in recent cycles.

In Florida, a potentially crucial swing state, Biden and Trump are within a few points, with Biden outperforming Clinton in suburbs like Broward and Pinellas but well underperforming in Miami-Dade, a massive source of Democratic votes in the state.

Biden took Virginia just under 40 minutes after polls closed in a sign of the one-time swing state’s increasingly blue tilt given that Virginia wasn’t called for Hillary Clinton until 10:40 p.m. in 2016 – she ended up winning it by 5 points.

As expected, the Associated Press was able to call heavily Republican Kentucky and West Virginia, as well as Republican-leaning South Carolina, for Trump and heavily Democratic Vermont for Biden shortly after polls closed in the two states.

Polls began closing in Indiana and Kentucky at 6 p.m. ET, while the rest of the East Coast begins reporting results between 7 and 9 p.m. ET. Most states in the Midwest and West close their polls between 8:30 and 1 p.m. ET, while Hawaii and Alaska don’t close theirs until midnight.

Three states to keep a close eye on are the ones that put Trump over the top in 2016—Wisconsin, Michigan and Pennsylvania—each of which he won by less than 1 point and where he trails Biden by between 5 and 8 points in the FiveThirtyEight polling average. But the results of those three states may not be apparent on election night as many of their votes, in the form of mail-in ballots, will be counted in the days after Tuesday, which is expected to result in a “blue shift” as polls suggest mail voters are heavily Democratic. Another group of Eastern states that aren’t as vital for a Biden victory – Georgia, Florida and North Carolina, which Trump won by 1 to 5 points in 2016 – should have most votes counted by Election Day, but given that FiveThirtyEight had Biden up by just 1 to 3 points in each state, the handful of mail-in votes counted afterwards (also expected to lean Democratic) could be crucial. A handful of other states serve as canaries in the coalmine: if Trump is outperforming expectations in Democratic-leaning states like Maine and Minnesota, or Biden is strong in Texas or South Carolina – even if they’re not winning – they may serve as signs of a decisive showing to come.

“Beware any pundit, online or on-air, who tells you an early lead in any given state’s vote tally is fantastic news for one candidate or the other. The uncharted nature of this election means they could be looking at a red or blue ‘mirage,’” wrote Cook Political Report editor and NBC News contributor Dave Wasserman.

101,167,740. That’s how many votes were already been cast in the 2020 election before election day, according to the U.S. Elections Project. That’s 73.4% of the 137 million who voted in 2016. Already, six states – Texas, Hawaii, Montana, Oregon and Washington – have surpassed 2016 turnout, while several critical swing states, including Nevada, Arizona, Florida, Georgia and North Carolina, are above 90%. FiveThirtyEight estimates turnout is likely to fall between 147 million. and 168 million.