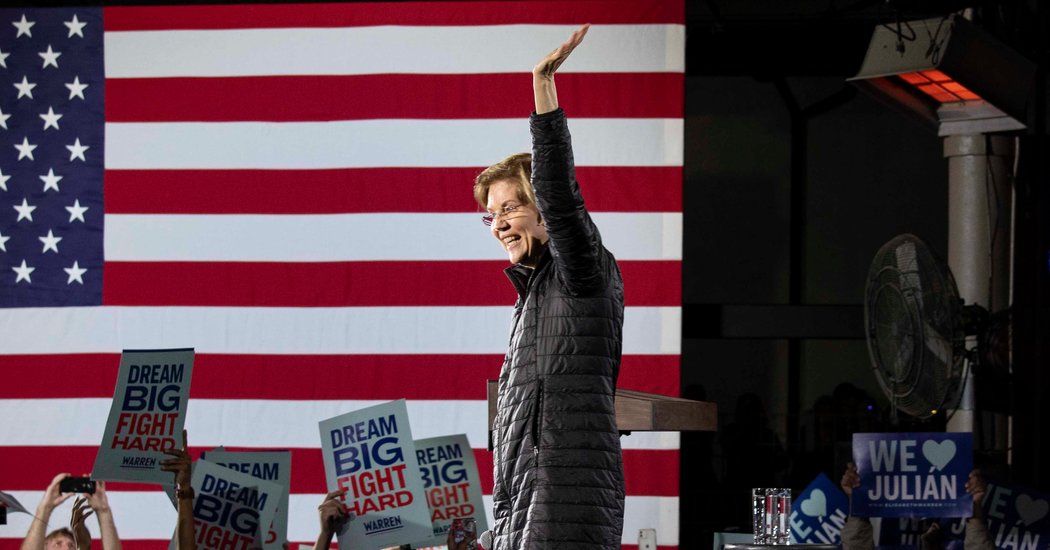 Senator Elizabeth Warren, who entered the presidential race loudly denouncing the influence of super PACs and big money in politics, will now be the beneficiary of what is believed to be the largest ad buy by a super PAC in the 2020 Democratic primary.

The super PAC, known as Persist PAC, announced late on Thursday night that it was buying $9 million in television and digital ads across nine expensive media markets in three Super Tuesday states: California, Texas and Massachusetts. The reservation is in addition to another $3.25 million previously announced that covers seven other states, plus California.

Because the super PAC was formed so late — it launched days before the Nevada caucuses — the group can keep its donors secret from the millions of Americans who will be voting in the coming weeks. A representative for the group said it would not disclose its donors until legally required, on March 20. At that point, about 60 percent of the delegates in the country would be allocated.

Ms. Warren’s campaign did not respond to a request for comment about whether the names of donors should be released sooner.

The group launched less than 10 days ago, with a late $1 million ad buy in the final days before the Nevada caucuses.

Ms. Warren had previously opposed such unlimited money groups, even running an ad in Iowa touting that, “I’m not cozying up to super PACs.”

After the group emerged, however, she declined multiple times to denounce it. Instead, she said she would lead only if everyone else agreed in advance to follow her.

“If all of the Democrats will stand up and say we’re done. We’re not going to use super PACs. Man, I’m all in. I’ll lead that charge. That’s what we should do as Democrats,” she told The New York Times.

Super PACs must be run independently of a candidate’s campaign and they cannot coordinate strategy.

Ms. Warren is not the first candidate to reverse herself on super PACs. Last October, former Vice President Joseph R. Biden Jr., facing a financial crunch, dropped his public opposition to having a super PAC.

Like Ms. Warren, Ms. Klobuchar has not explicitly called for the group to take down its ads.

Then there is Michael R. Bloomberg, the multibillionaire former mayor of New York City. He has dramatically changed the complexion of the contest since he entered in late November, spending hundreds of millions of dollars of his personal fortune for television ads.