The app’s interface is somewhat intuitive. The right-most page contains setup options for quantizing, tempo, key and more. The left-most page lets you select between types of instruments, samples and effects, as well as the microphone input. Once you make a selection, the app will automatically switch to the next page, which lets you choose a particular instrument. For example, if you picked “Notes” (the app’s term for melodic instruments) this page will let you choose between different types of leads. You can then trigger notes by tapping a four-by-four pad — or you can navigate to the third page, which lets you tweak your sound. If you’re familiar with the concepts of attack, decay, sustain and release, you should have no problem dialing in what you’re looking for. Once you start playing, the app displays a waveform that rolls across a timeline. If you like what you’ve played, you can tap on it and save the performance as a loop.

Engadget’s Managing Editor Terrence O’Brien and I set up a project. Oddly, the app makes you click on an invitation link to join a project, rather than just sending you an in-app or a push notification. From there though, things were relatively straightforward. Terrence had already laid out a one-measure drum beat and bass line. My first idea was to use the microphone and record a few chords from my digital piano. I dialed in a Fender Rhodes tone, played three chords and tapped the waveform. 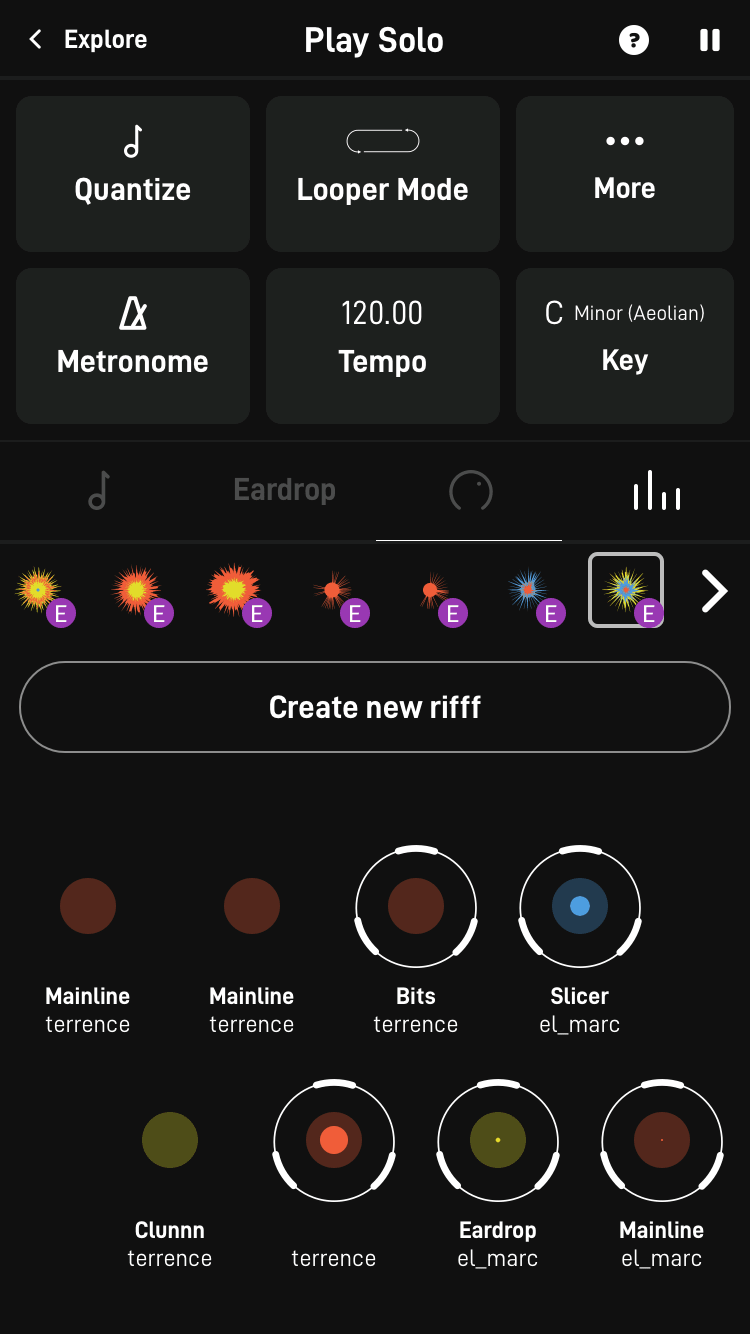 That’s when things got wonky. Even though I had selected an option to mute the output from my iPhone while recording, the song kept playing and the mic picked up the audio from my phone’s speakers as well as my piano chords. This created a lo-fi echo, and since external recordings can’t be quantized, a bit of lag made the piano chords sound off-beat. This might be a cool effect for some songs, but it definitely wasn’t what I was aiming for.

Once I gave up on using the mic, things got much easier. I added a lead and then opened up the effects page. This presented me with a handful of options to choose from, as well as an XY pad for controlling them. There are some standard effects like high- and low-pass filters, reverb and distortion, as well as some wackier ones like a comb filter and a tremolo gate. Garbling and strangling our loop was probably the most fun part of the app. The selected riffs kept playing, so I dragged my finger around the XY pad to modulate the sounds. Once I pulled off the weirdness I was looking for, I tapped the waveform to save the effects.

A mixer view lets you turn loops on and off, as well as adjust volume levels. (Understandably, there are no panning controls, though.) We kept adding to and subtracting from the song until we had something chaotic but amusing. It took us about 15 minutes to create the beat. We wanted to create a longer loop but the option wasn’t readily apparent. My coworker finally figured out that there’s a cryptically-titled “advanced” looping option that changes the timeline from one to four measures. This should enable a bit more creativity — and could kill some more time. 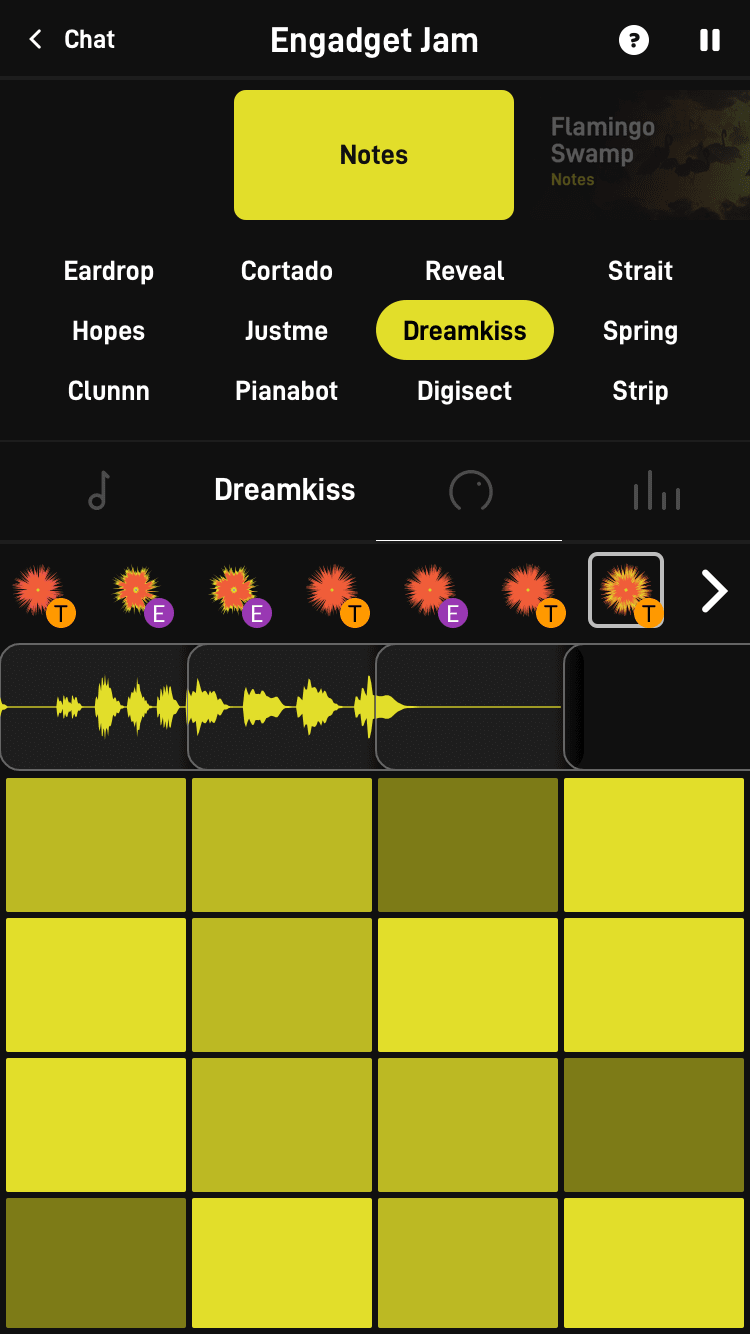 Endless is fun, but there are some problems. It was difficult to play a riff and then tap on the waveform, all while staying in tempo, especially when I was playing a lot of notes toward the end of a loop — I didn’t have enough time to move my finger from the playing area to the waveform. This caused the app to cut off the last few milliseconds of sound.

Playing anything other than a simple riff can be difficult, too. Inputs are a bit clunky, since the quantizer (which automatically arranges slightly off-beat notes to be on-rhythm) doesn’t shift notes forward — just backward. This cut off my input when I was a split-second in front of the beat. Turning off the quantizer could be a solution, but this leads to other problems. The biggest being that notes don’t always seem to trigger perfectly — blame the limitations of modern touch screen technology. 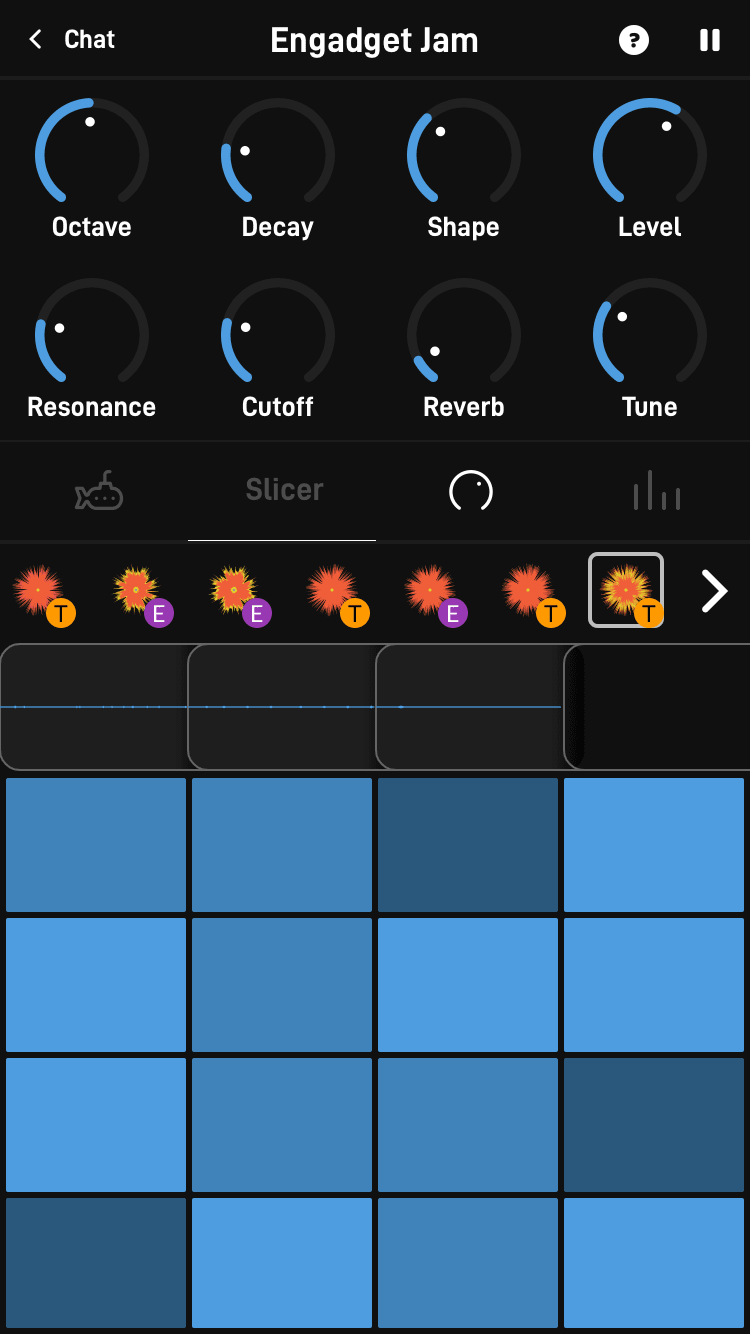 The app also varies the input volume of a note depending on how quickly you tap your device. It’s not very accurate, though, so it seems best to try to keep your taps as uniform as possible, rather than getting fancy.

A few basic improvements would go a long way. There were several times I wished I didn’t commit to a loop or apply an effect. A simple undo button would fix this. Also, the ability to trim a loop — or adjust where a loop starts — would be a helpful way to keep everything on the beat. It also might be easier to have a grid-based sequencer input for creating beats and melodies, rather than playing live. This would let users take a more thoughtful, trial-and-error approach to writing a riff. 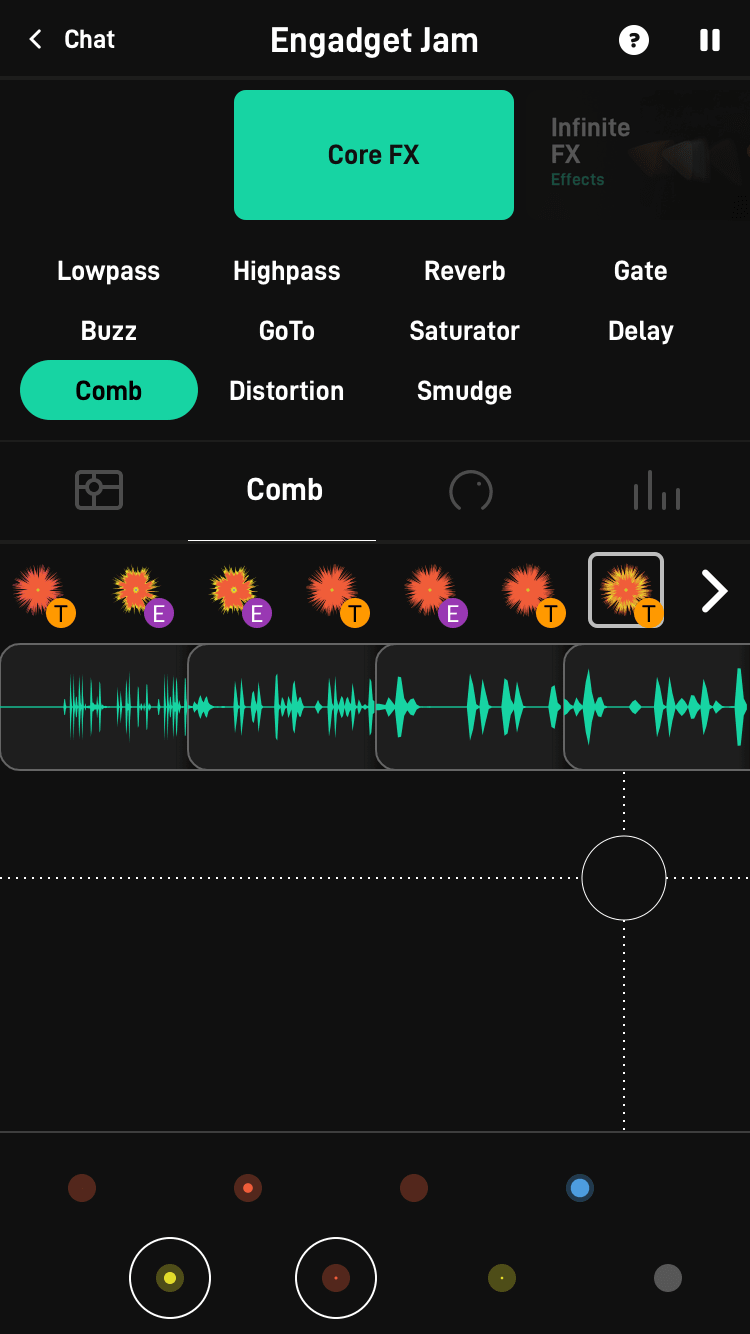 These complaints would be a big knock against a product aimed at pros or hardcore enthusiasts, but for a freemium app (you’ll have to pay for anything beyond the provided handful of instruments and effects), it’s hard not to recommend Endless for some simple fun. If you do end up loving a loop, you can export the various tracks as audio files, and then import those into your DAW for more detailed work. Or you can use it as just one part in a larger set up by syncing the tempo using Abelton Link. In other words, there is potential for Endless to be used in a more serious setting. The app only came out a few days ago, so as its creator, Time Exile, fleshes things out, it could become a more and more powerful music creation — and collaboration — tool. For now, though, it seems like its catchphrase of “multiplayer music” is right on.