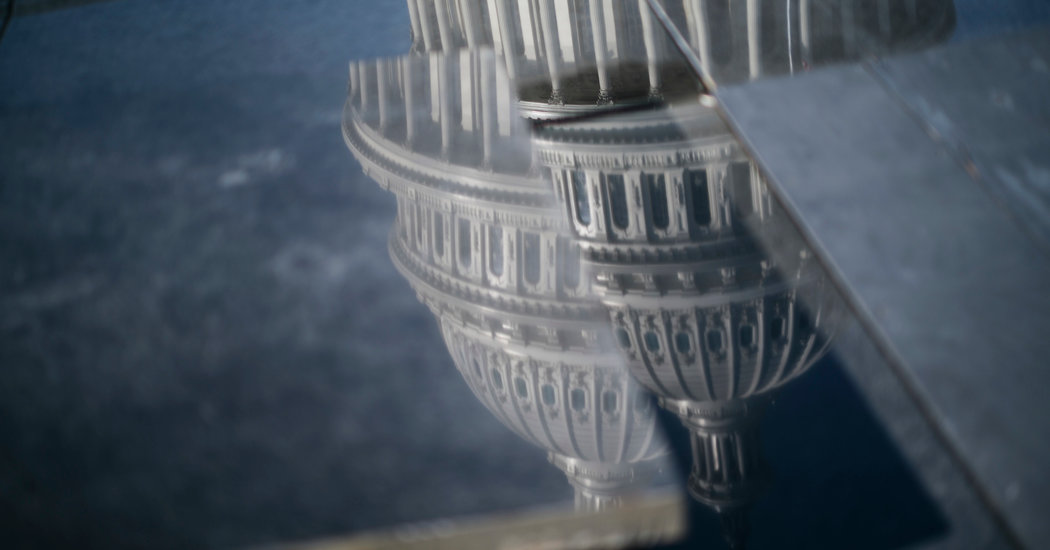 News coverage of President Trump’s impeachment trial in the Senate began last week with a Republican senator calling a CNN reporter “a liberal hack” in the halls of Congress and laughing about it later that night during a Fox News interview.

Things haven’t improved much since.

Journalists are up in arms about new restrictions on their movement inside the Capitol, which they say will prevent them from easily interviewing lawmakers about the proceedings. The rules, negotiated by Republican Senate leadership, have yet to be written down, causing confusion among reporters and the Capitol Police expected to enforce them.

Even sedate C-Span is aggrieved, calling on the Senate to allow its television crews to document the trial, instead of the government-controlled cameras that — as was the case during Bill Clinton’s trial 21 years ago — will limit what viewers see and hear inside the Senate chamber.

Hurling insults at journalists is standard fare for officials at the White House. But Congress, with its protocols and rituals, was considered a relatively safe space for reporters, where cordiality was prized.

The pretrial tensions suggest that the bash-the-press mentality that led the White House to kill off the daily briefing and strip reporters of their credentials has now crept into what senators like to call “the world’s greatest deliberative body.”

“There’s long been this understanding that we both serve the same people at the end of the day, and that it’s a mutually beneficial relationship,” said Sarah Wire, a Los Angeles Times reporter who leads a committee of congressional correspondents. “Senators want to talk to us because they know we’re communicating their message to their voters back home.”

“All this,” she added in an interview, “was kind of a shock.”

“This” is a series of restrictions abruptly imposed on reporters shortly before the start of the trial, where opening arguments are set to begin Tuesday.

Instead of unfettered access to the hallways and corridors surrounding the Senate chamber — a tradition for decades — journalists will be confined to roped-off pens while the trial is in session. Walk-and-talk interviews with senators, a staple of congressional reporting made famous by TV shows like “The West Wing,” will be curtailed.

“This is how ludicrous these restrictions are,” a McClatchy reporter, Emma Dumain, wrote on Twitter last week, describing how a Capitol Police officer interrupted her interview with a senator and insisted that she “step behind a rope in order to continue the conversation.”

Journalists have long been barred from entering the Senate chamber, relegated to an overhead view from the press gallery above. Now, to enter the upstairs gallery, they will need to queue up for a magnetometer meant to sniff out illicit electronics, raising concerns about their ability to quickly relay to the public what is happening inside.

The effect, reporters say, is to make it harder to chronicle the you-are-there details expected of a historic political moment — including which senators are doodling or snoozing during testimony. In stark contrast with the coverage of State of the Union addresses, a few stationary cameras controlled by a Senate office, rather than an independent news organization, will provide the only viewpoint of the trial floor.

“Those cameras operate under very strict guidelines: They show the person who is speaking, and maybe some wide shots,” Terry Murphy, vice president for programming at C-Span, said in an interview. “They can’t show others reacting or listening. Having our own cameras in there would allow us to cover the trial with a much more full picture of what’s going on.”

C-Span wrote to the Senate majority leader, Mitch McConnell, in December, formally requesting access. As of Saturday, the network had heard nothing back.

The American news media has come a long way since the country’s first impeachment trial, of President Andrew Johnson, in 1868, when House impeachment managers sat for a still portrait by the famed Civil War photographer Mathew Brady.

On Capitol Hill, parties on both sides of the lawmaker-journalist divide say discussions about access are active. First Amendment groups like the American Civil Liberties Union have weighed in to decry the new limits. The Reporters Committee for Freedom of the Press gathered signatures from 57 news organizations objecting to the rules.

Elisabeth Bumiller, an assistant managing editor and the Washington bureau chief of The New York Times, said in a statement that the restrictions “will severely limit the ability of reporters to gather news during one of the most historic events in the nation’s history.”

“These limits are far more burdensome than the rules that govern press access in the Capitol, even those in effect during the last impeachment trial, and will prevent journalists from freely documenting a public debate in Congress,” Ms. Bumiller said.

Mr. McConnell’s office, which controls the business of the Senate, declined to comment.

On Capitol Hill, there is speculation that the restrictions were put in place because Chief Justice John G. Roberts Jr., who is presiding over the trial, will be present in the chamber each day. Typically, reporters’ movements in the Capitol are limited when high-profile people visit, like Vice President Mike Pence.

But congressional correspondents said that, even after several meetings with Senate officials, they did not know why the restrictions had been put in place. Some suspected that Senate leaders believe the less the public knows about the trial, the better.

“Journalists are the public’s eyes and ears in the Capitol,” said Leo Shane III, a correspondent for Military Times. “We’re asking lawmakers to make sure they’re not using the excuse of security concerns as a reason to exclude the public from this trial.”