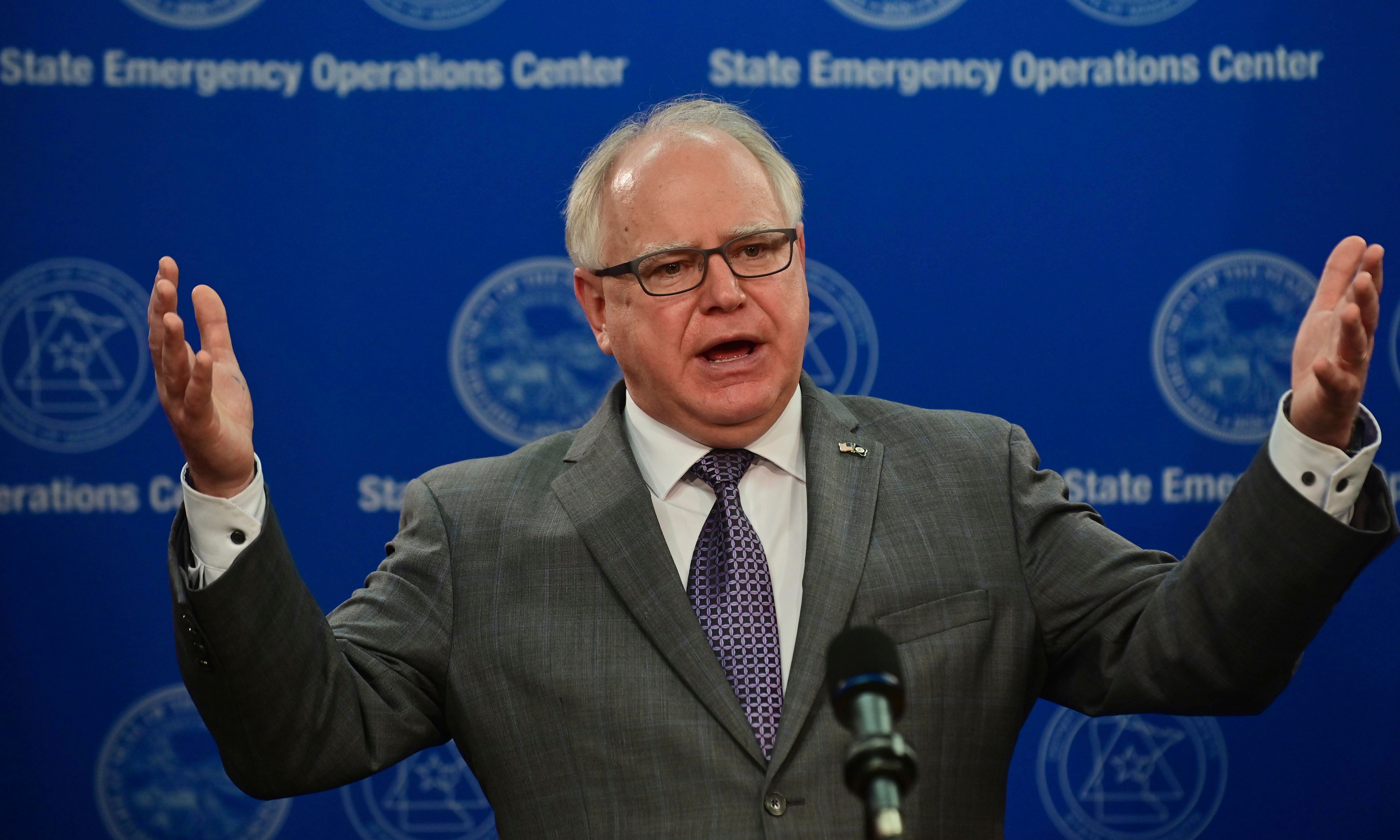 Minnesota Governor Tim Walz, along with mayors Jacob Frey and Melvin Carter, on Saturday condemned violent protests in the state, blaming organized outside groups for promoting unrest, while also announcing that they will fully mobilize the Minnesota national guard. 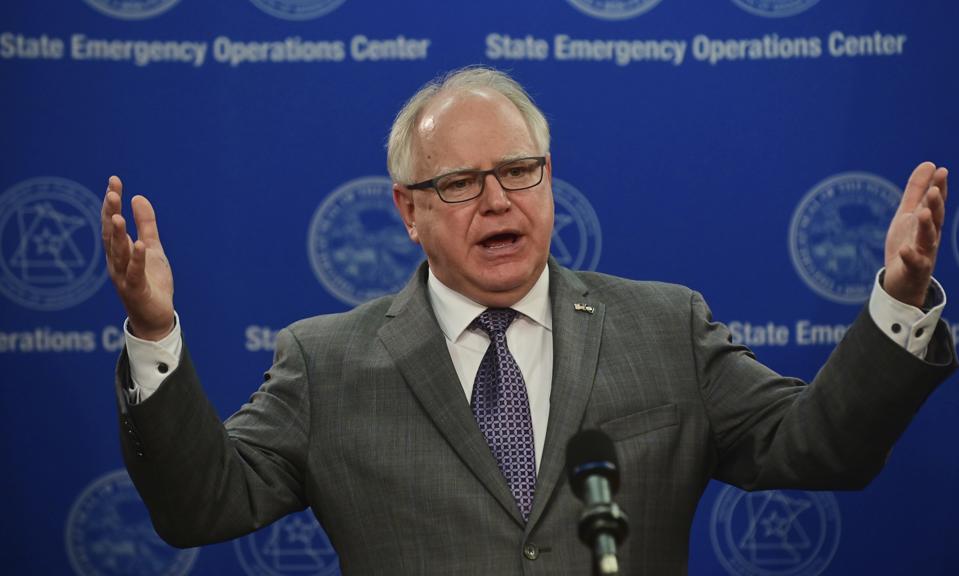 “The situation in Minneapolis is no longer in any way about the murder of George Floyd,” Gov. Walz … [+] said.

“Lets be very clear, the situation in Minneapolis is no longer in any way about the murder of George Floyd,” Walz said in a press conference. The violent unrest has now turned into attacks on civil society, “instilling fear and disrupting our great city.”

According to Saint Paul Mayor Melvin Carter, every person arrested in the city last night was from out of state: “We don’t know these folks,” he reiterated.

Walz, who also announced that he would fully mobilize the Minnesota national guard for the first time in 164 years, called the unrest “an organized attempt to destabilize civil society with no regard for civil life or property.”

“That situation can be expected to deteriorate further with these people,” Walz said, adding that violent protestors are being fed professional tactics in urban warfare by outside groups.

The dynamic has changed over the last couple days, Walz, Carter and Frey said. Protests gradually shifted from being peaceful on Tuesday, but as more people came from outside of the city, they’ve turned increasingly violent in recent days.

“Our great cities of Minneapolis and Saint Paul are under assault by people who do not share our values, who do not value life and the work that went into this, and certainly who are not here to honor George Floyd,” Walz said. “So if you are on the streets tonight, it is very clear: You are not with us.”

“This is no longer about protesting… This is about violence and we need to make sure that it stops,” Frey said. “We’re in the middle of a pandemic right now.” The protection of citizens and property is the top priority, Walz and Frey confirmed on Saturday.