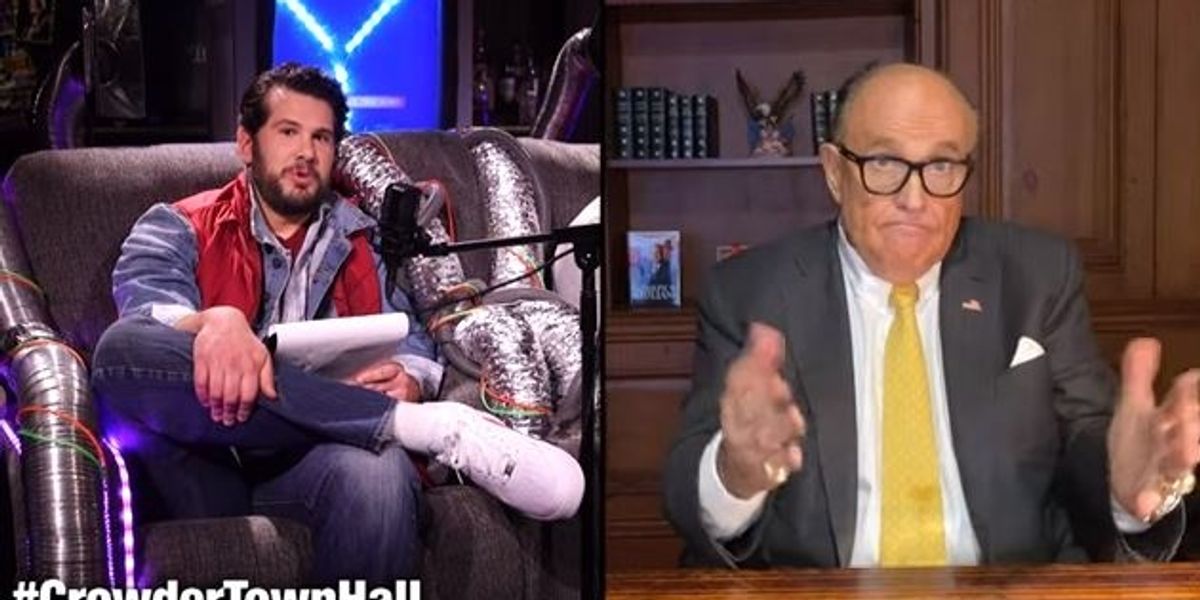 In an exclusive interview, Mayor Rudy Giuliani dropped a bombshell that may add more evidence of Joe Biden’s first-hand knowledge of business his son, Hunter Biden, conducted in Ukraine. This comes despite the Biden campaign and Big Tech lashing out at New York Post reports of Hunter Biden’s secret emails found on a hard drive.

BlazeTV host Steven Crowder spoke to Guiliani on his livestream Thursday night and asked Guiliani to explain how he obtained the alleged Hunter Biden hard drive. “Here’s how I got it,” Guiliani began. “Hunter Biden dropped a laptop off to a repairman to repair it. The repairman took it, and Hunter Biden signed a receipt for it, which I have right here.”

Guiliani explained that Hunter Biden never returned to pick up the computer, and per store policy, after 90 days, the laptop became the property of the merchant.

According to Guiliani, the merchant became concerned when he heard talk about the Biden Ukraine scandal on TV, so he opened up the laptop to see if he had evidence in a criminal case. He says the merchant found information that contradicted the Biden narrative on Ukraine.

Crowder added that if true, this story is more significant than Watergate.

Wednesday, The New York Post published a “smoking gun” article that raised questions about how much Joe Biden knew of his son’s dealings in Ukraine.

An email obtained by the New York Post mentioned a “never-before-revealed” meeting between Vadym Pozharskyi, an adviser to the board of Burisma, Hunter Biden, and Joe Biden that took place in Washington, D.C. more.

“Dear Hunter, thank you for inviting me to D.C. and giving an opportunity to meet your father and spent [sic] some time together. It’s realty [sic] an honor and pleasure,” the email reads.

According to the New York Post, “An earlier email from May 2014 also shows Pozharskyi, reportedly Burisma’s No. 3 exec, asking Hunter for ‘advice on how you could use your influence’ on the company’s behalf.”

“The blockbuster correspondence — which flies in the face of Joe Biden’s claim that he’s “never spoken to my son about his overseas business dealings” — is contained in a massive trove of data recovered from a laptop computer.”

Watch the video for the full story.