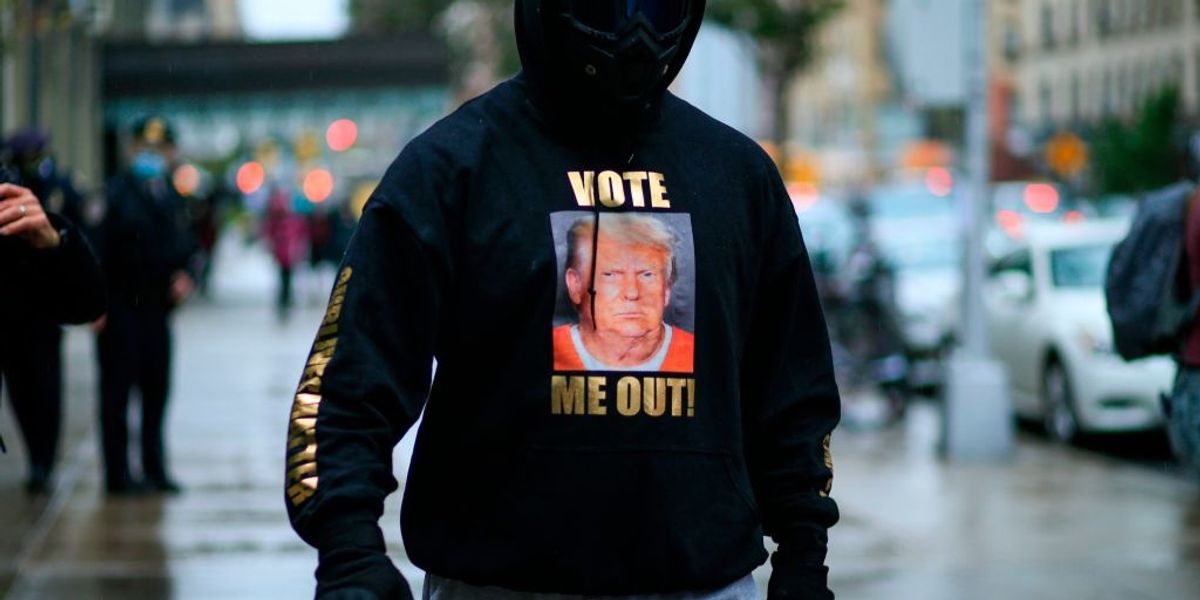 Deplorable demonstrators hurled vicious slurs and made heinous remarks to the faces of NYPD officers on Saturday. Malicious members of an anti-Trump and “anti-fascist” mob wished death upon the children of police officers.

There was an anti-Trump march in Manhattan on Saturday against “racism” and fascism, where the crowd chanted: “Black lives matter!” The march was organized by the United Against Racism and Fascism NYC, a self-proclaimed “broad-based coalition in NYC opposing racism & bigotry, and united in solidarity & action against fascism.” The march was promoted by the “New York City Antifa” Twitter account.

In the middle of the far-left radicals https://t.co/yIGwMUeUfp

At one point, the demonstration escalated, and the situation became physical. NYPD officers are seen detaining at least one person. The New York Post reported that three people were arrested as of 2 p.m. on Sunday.

NYC: Antifa and BLM brawl against the NYPD after being warned to disperse from blocking the streets Multiple arre… https://t.co/j23zPJFEDC

Radical far-left agitators arrived and spewed extremely hateful and vile anti-cop rhetoric. “The only good cop is a dead cop,” one man screams. A woman echoes the anti-police sentiment and yells at police, adding derogatory comments about the cops’ mother and grandparents. Another man in the group calls the police “Nazi f***s.”

NYC: “An only good cop is a dead cop” Antifa calling for the death of NYPD officers and their entire families https://t.co/zpWZIXJ1Y0

The woman with pink hair is seen viciously screeching at the police, “I hope all of your children get raped and killed.”

NYC: “I hope ALL of your children get raped and killed” Triggered Antifa rioter spewing vile rhetoric toward NYPD… https://t.co/4ooJyV528R

NYC: Antifa chants: “how do you spell NAZI? NYPD!” while marching through Chelsea https://t.co/0GHBqQxdEW

One man challenges an NYPD officer and then meekly runs away once the cop starts heading towards him. The man nearly gets run over by an SUV as he timidly flees through an intersection.

NYC: BLM/ANTIFA rioter calls out a police officer then runs away in fear when the officer points him out for an arr… https://t.co/c8i1IzuWN9

On Saturday night, the New York City Antifa Twitter account informed its over 62,000 followers about various MAGA caravans that would be driving around New York City and New Jersey. The Antifa account even included routes that the pro-Trump car parades would take so that members of the far-left group could mobilize to disrupt the caravan.

This weekend, pro-Trump MAGA supporters will be driving around the US in large convoys, including here in New York.… https://t.co/OM5VuRxr1p

On Sunday, Antifa members claimed that they forced the Trump caravan to alter its routes and celebrated the news.

NYC: After Antifa and BLM failed to find and counter the Trump caravan at their march rally point One of the organ… https://t.co/Aieb4nTzpe

There was a massive Trump caravan that stopped traffic on the Gov. Mario Cuomo Bridge.