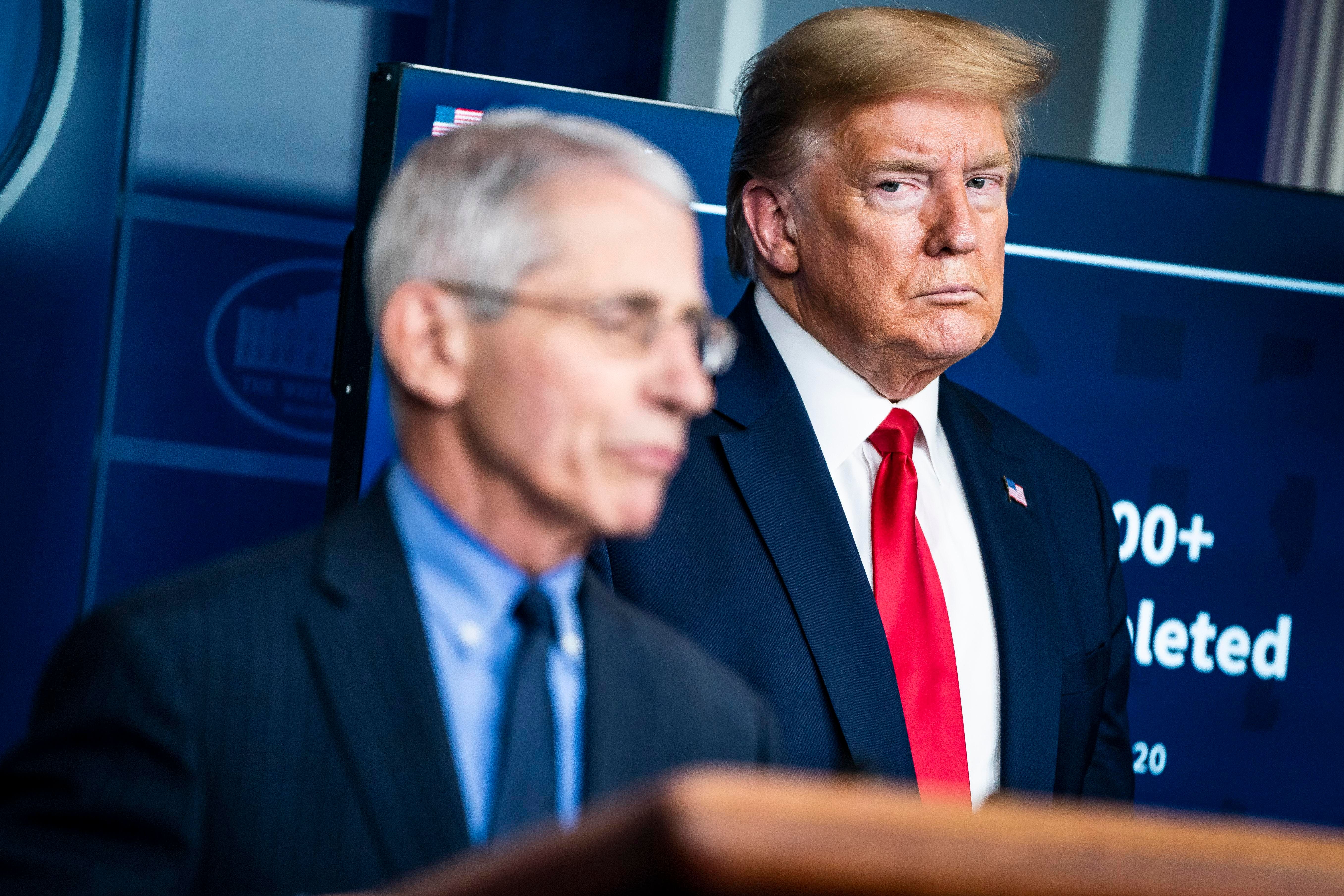 Dr. Anthony Fauci pushed back on President Trump’s claim that 99% of coronavirus cases are “totally harmless,” and confirmed that a post-viral syndrome associated with Covid-19 has incapacitated some patients for prolonged periods and as the ongoing debate over the seriousness of the pandemic, between the president and the country’s top doctors, continues to play out publicly. 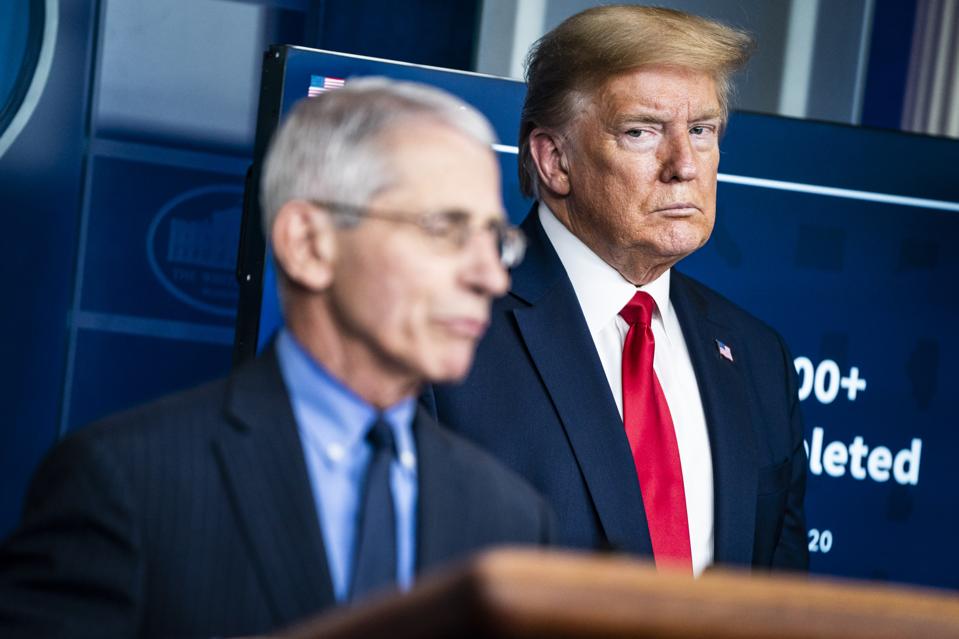 WASHINGTON, DC – APRIL 17 : President Donald J. Trump listens to Dr. Anthony Fauci, director of the … [+] National Institute of Allergy and Infectious Diseases, speak with members of the coronavirus task force during a briefing in response to the COVID-19 coronavirus pandemic in the James S. Brady Press Briefing Room at the White House on Friday, April 17, 2020 in Washington, DC. (Photo by Jabin Botsford/The Washington Post via Getty Images)

“If you look anecdotally, there is no question that there are a considerable number of individuals who have a post-viral syndrome that in many respects incapacitates them for weeks and weeks following so-called recovery,” Fauci said at a news conference organized by the International AIDS Society on Thursday.

Fauci explained that the syndrome’s symptoms, including brain fog, difficulty concentrating, and exhaustion, resemble those seen in patients with myalgic encephalomyelitis (once referred to as chronic fatigue syndrome).

In an interview published in The Financial Times on Friday, Fauci stated he last saw Trump in person at the White House on June 2, and has not briefed the president for at least two months.

Addressing Covid-19, Fauci said, “I have never seen a virus or any pathogen that has such a broad range of manifestations. Even if it doesn’t kill you, even if it doesn’t put you in the hospital, it can make you seriously ill.”

Speaking at the White House on the Fourth of July, Trump falsely asserted that “99%” of coronavirus cases are “totally harmless.”

﻿When asked about the president’s claim in the Financial Times interview, Fauci said, “I’m trying to figure out where the president got that number,” before confirming “that’s obviously not the case.”

The U.S. reported nearly 60,000 new coronavirus cases on Thursday, setting a single-day record for the sixth time in 10 days. America sped past a somber signpost on Wednesday, surpassing 3 million confirmed cases. However, the country’s president continues to downplay the severity of the pandemic. Largely ignoring the distressing spike in confirmed cases and subsequent hospitalizations, Trump has recently chosen to focus solely on the mortality rate associated with the virus, falsely claiming America has “the lowest Fatality (Mortality) Rate in the World.” Yet, on Thursday, California, Texas and Florida, all reported new record daily highs for deaths. A combined total of 374 American lives were lost in those three states alone within a single 24-hour span. In an interview with Fox News’ Sean Hannity on Thursday night, Trump publicly criticized Dr. Fauci, saying that he “has made a lot of mistakes.”

Several other prominent Republicans have followed the president’s lead. Rep. Andy Biggs, a Republican from Arizona, has accused Fauci of attempting to “corral our freedom.” Last week, Biggs called for the White House’s Covid-19 task force to be disbanded so that “Trump’s message is not mitigated or distorted,” claiming it is “imperative” the president is “not undermined in his mission to return our economy to greatness.” Sen. Rand Paul of Kentucky has also aggressively questioned federal health experts’ guidance, stating, “We shouldn’t presume that a group of experts somehow knows what’s best for everyone.” Earlier this month, Texas Lt. Gov. Dan Patrick said he would stop listening to Fauci. “He has been wrong every time on every issue,” Patrick told Fox News. “I don’t need his advice anymore.”

67%: That’s the percentage of Americans that disapprove of President Trump’s response to the coronavirus pandemic, according to a new ABC News/Ipsos poll released Friday.

Anthony Fauci: ‘We are living in the perfect storm’ (Financial Times)