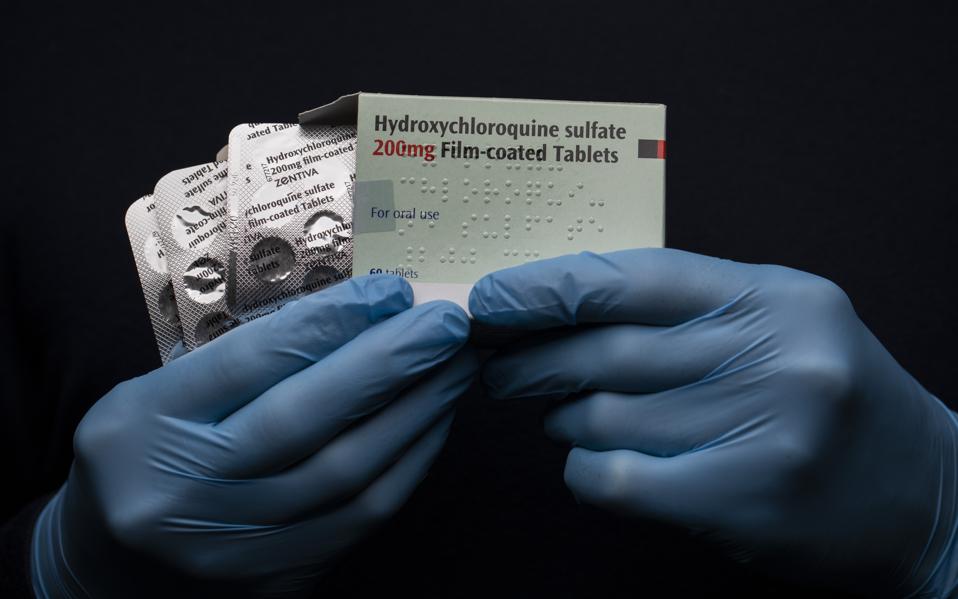 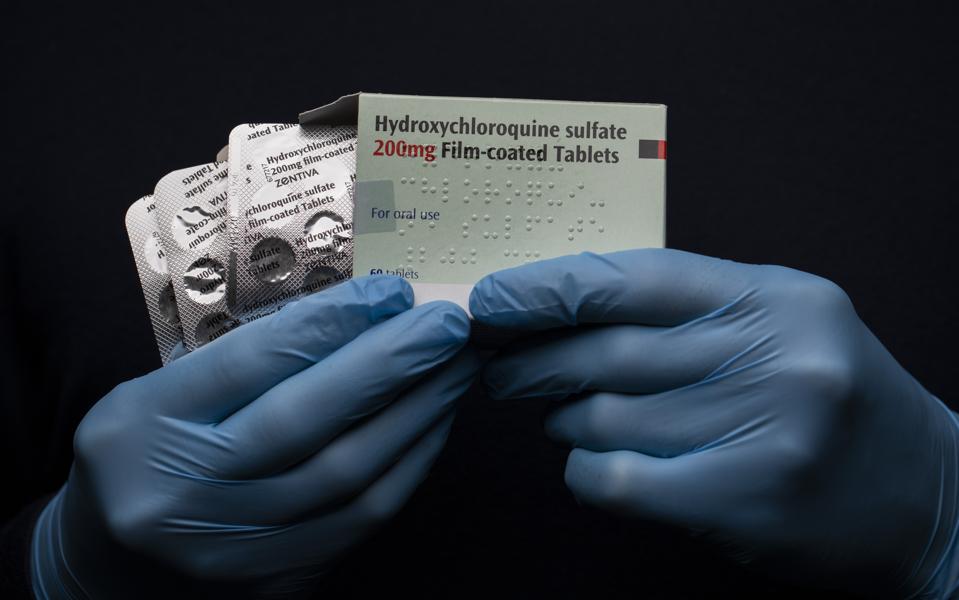 In this photo illustration a pack of Hydroxychloroquine Sulfate medication is held up on March 26, … [+] 2020 in London, United Kingdom. U.S. President Donald Trump recently promoted Hydroxychloroquine, a common anti-malaria drug, as a potential treatment for COVID-19 when combined with the antibiotic azithromycin.

Key background: Trump continues to praise the anti-malarial drugs in daily press briefings, Fox News has devoted segments to the drugs’ potential benefits and right-wing figures, including the president’s personal lawyer Rudy Giuliani, Turning Points USA founder Charlie Kirk have promoted chloroquine and hydroxychloroquine as coronavirus cures. Twitter eventually removed a Giuliani tweet that falsely said “hydroxychloroquine has been shown to have a 100% effective rate treating Covid-19.” There is no proven cure or vaccine for the coronavirus.

News peg: Scientists hope chloroquine and hydroxychloroquine—decades-old drugs that are used to treat malaria, lupus and rheumatoid arthritis—may be used to treat the coronavirus, but early studies have provided mixed evidence proving their effectiveness and the drugs may have risks such as vision problems or cardiac arrest. The frenzy surrounding the treatment has caused some doctors to hoard hydroxychloroquine—which is sold under the brand name Plaquenil—by writing prescriptions for themselves or for their families. Some state pharmacy boards have issued rules limiting prescriptions, including Texas, Louisiana, Ohio and North Carolina.