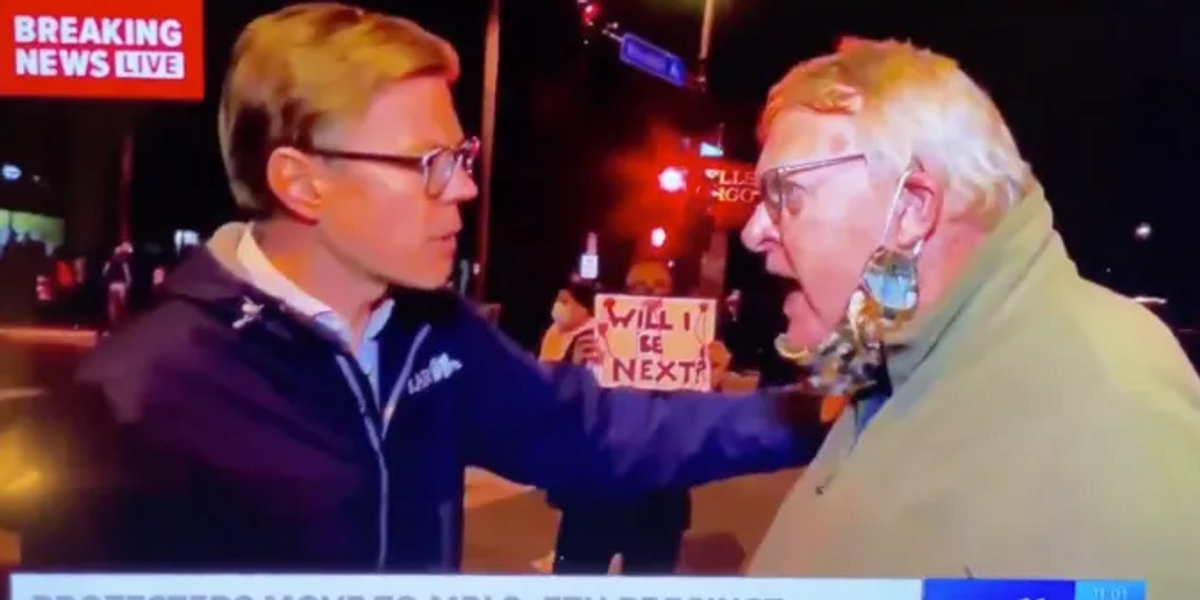 George Floyd protesters aren’t the only ones who are furious this weekend. One Minneapolis business owner is also enraged after his city was devastated by the riots.

A fed-up business owner gave an interview to KARE-TV. He used the live TV broadcast to voice not only his frustrations with his entire shopping plaza being destroyed, but all of the other hard-working entrepreneurs who invested their heart, soul, and life savings into their businesses only to have them looted and burned down during the riots. In particular, the man lashed out at Minnesota Gov. Tim Walz (D) and Minneapolis Mayor Jacob Frey (D) for allowing the city to be ransacked by rioters.

“What I want to tell people right now is that if the governor and mayor are not going to take care of this problem, people will,” the angry man said. “People will uprise over this.”

“Those people that make their business, their career – they’re Korean, they are black people, they are immigrants – they’ve worked their f***ing life off,” the impassioned man declared.

Another Minneapolis business owner broke down to tears after his brand-new sports bar was decimated from the riots. Korboi Balla, a former Minneapolis firefighter at the Brooklyn Park Fire Department, opened up the Scores Sports Bar in March.

Balla was forced to close his bar because of the coronavirus shutdown. Then when it was looking like he could finally open up, the Minneapolis riots happened.

The stay-at-home orders were starting to expire, and Balla was excited to finally open up his dream business on June 1. Then the riots happened.

“I don’t know what we’re going to do,” Balla told CBS as he fought back the tears. “It hurts, man. It’s not fair, it’s not right. We’ve been working so hard for this place. It’s not just for me, it’s for my family.”

During the interview, looters broke into the back door of the bar and tried to steal a safe. The building was later set on fire.