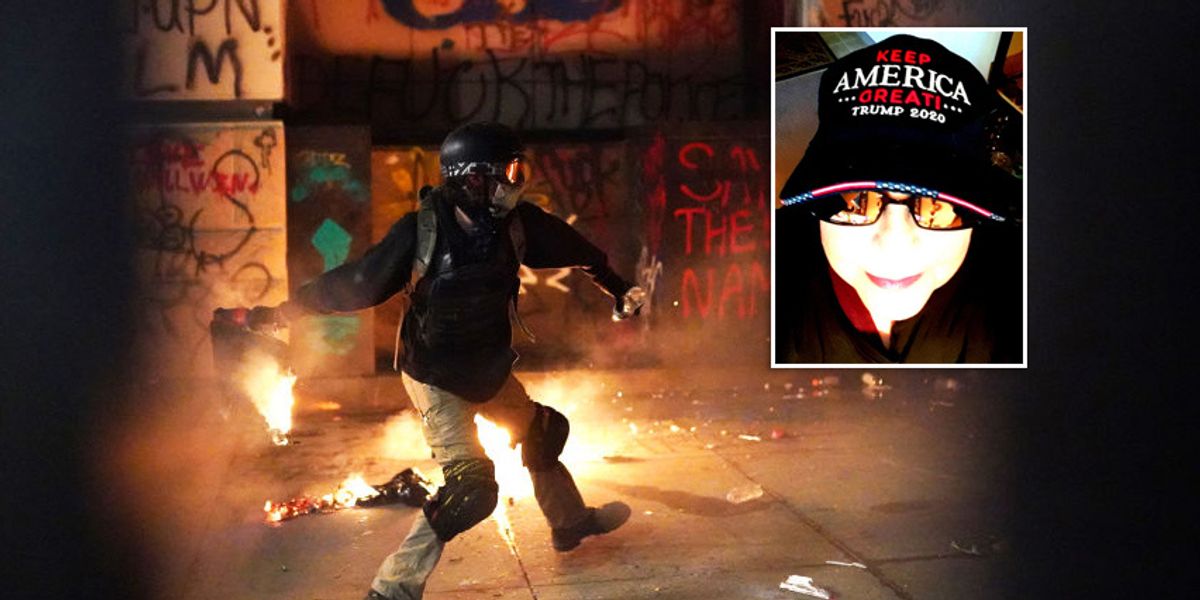 The Justice Department announced Friday that they have arrested 18-year-old Gabriel Agard-Berryhill for allegedly throwing a “large explosive device” at a federal courthouse during violent protests in Portland this week.

According to court documents, at approximately 11:50pm on July 28, 2020, security cameras at the Hatfield Federal Courthouse captured footage of a large incendiary object enter the building’s portico area and land near plywood sheeting affixed to the building’s façade. A few seconds later, the object exploded, igniting a fire near the building’s main entrance. Federal law enforcement personnel collected various items near the site of the explosion and sent them to a Bureau of Alcohol, Tobacco, Firearms, and Explosives (ATF) laboratory for further analysis.

ATF investigators reviewed social media posts from the night of the explosion and located videos of the incendiary object being thrown. The individual depicted throwing the object, later identified to be Agard-Berryhill, was a young, Caucasian male wearing a green colored vest, camouflage pants, and a mask. Investigators observed the person in other protest-related videos posted online wearing the same vest and attempting to hold a shield in front of a naked woman.

According to the New York Post, federal agents were able to quickly identify Agard-Berryhill because his grandmother outed him to law enforcement.

Karla Fox, whom the Post described as a “Trump-loving, 69-year-old woman,” recognized her grandson in videos of the explosion because he was wearing a vest that she had gifted him.

“I bought the vest for him after he found one online after getting hit with rubber bullets the night before at the protest,” Fox told the Post.

Fox had even gone so far as to write a positive review on the clothing website where she purchased the vest, writing, “I got this for my grandson who’s a protester downtown, he uses it every night and says it does the job.”

“This is my only grandson, I love him to death, and didn’t know he was going to do such a bad thing, I had been posting several things about the antifa and BLM, he knows I am against those riots bigtime…he chose his poison,” Fox wrote.

Fox told the Post that she was unaware that her online postings helped authorities identify her grandson as the alleged perpetrator of the explosion.

What did the government say?

“No legitimate protest message is advanced by throwing a large explosive device against a government building. Mr. Agard-Berryhill’s actions could have gravely injured law enforcement officers positioned near the courthouse, other protesters standing nearby, or himself,” U.S. Attorney Billy Williams said.

Agard-Berryhill is officially being charged with arson, which the DOJ noted has a mandatory minimum sentence of 5 years in prison.