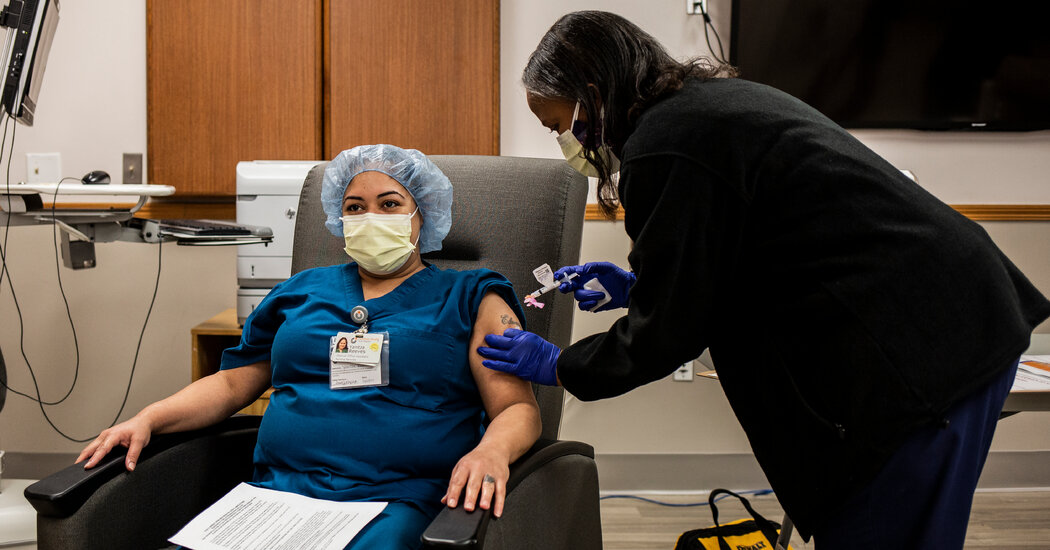 The Centers for Disease Control and Prevention recommended last month that after vaccinating health care workers and residents of long-term care facilities, states should vaccinate people older than 75 and certain “frontline” workers who cannot do their jobs from home. Only after that, the C.D.C. advised, should states turn to people ages 65 to 74 and adults of all ages with high-risk medical conditions. The C.D.C. recommendations were not binding, but many states have largely been following them while demand still far exceeds supply.

How Mr. Azar’s enforcement threat will work is unclear; in two weeks, Mr. Biden will already have been sworn in as president. Mr. Azar said the incoming Biden administration would be briefed on the changes, though he added that Americans “operate with one government at a time, and this is the approach that we believe best fulfills the mission.”

Mr. Biden is expected to announce details of his own vaccination plan — which will include federally supported mass vaccination clinics — this week. The Biden transition team declined to comment on Tuesday on the new Trump policy. But a person familiar with the president-elect’s plans said Mr. Biden had also been planning to expand the universe of those who are eligible to be vaccinated.

Mr. Azar said people seeking shots because they have high-risk medical conditions would need to provide “some form of medical documentation, as defined by governors,” but he did not elaborate. A significant portion of the population has conditions that the C.D.C. has determined increase the risk of severe Covid disease, starting with obesity, which affects at least 40 percent of adults.

Other individuals who would qualify for vaccines immediately under Mr. Azar’s directive include the more than 30 million adults with heart conditions, 37 million who have chronic kidney disease and 1 in 10 who have diabetes.

The new distribution plan, first reported Tuesday morning by Axios, is a reversal for the Trump administration, which had been holding back roughly half of its vaccine supply — millions of vials — to guarantee that second doses would be available. Mr. Azar said the administration always expected to make the shift when it was confident in the supply chain.

Dr. Paul Offit, a professor at the University of Pennsylvania and a member of the Food and Drug Administration’s vaccine advisory panel, praised the administration’s decision, likening the current situation to the Titanic, where there were not enough lifeboats to save everyone, “and you have to decide who you are going to let on.”