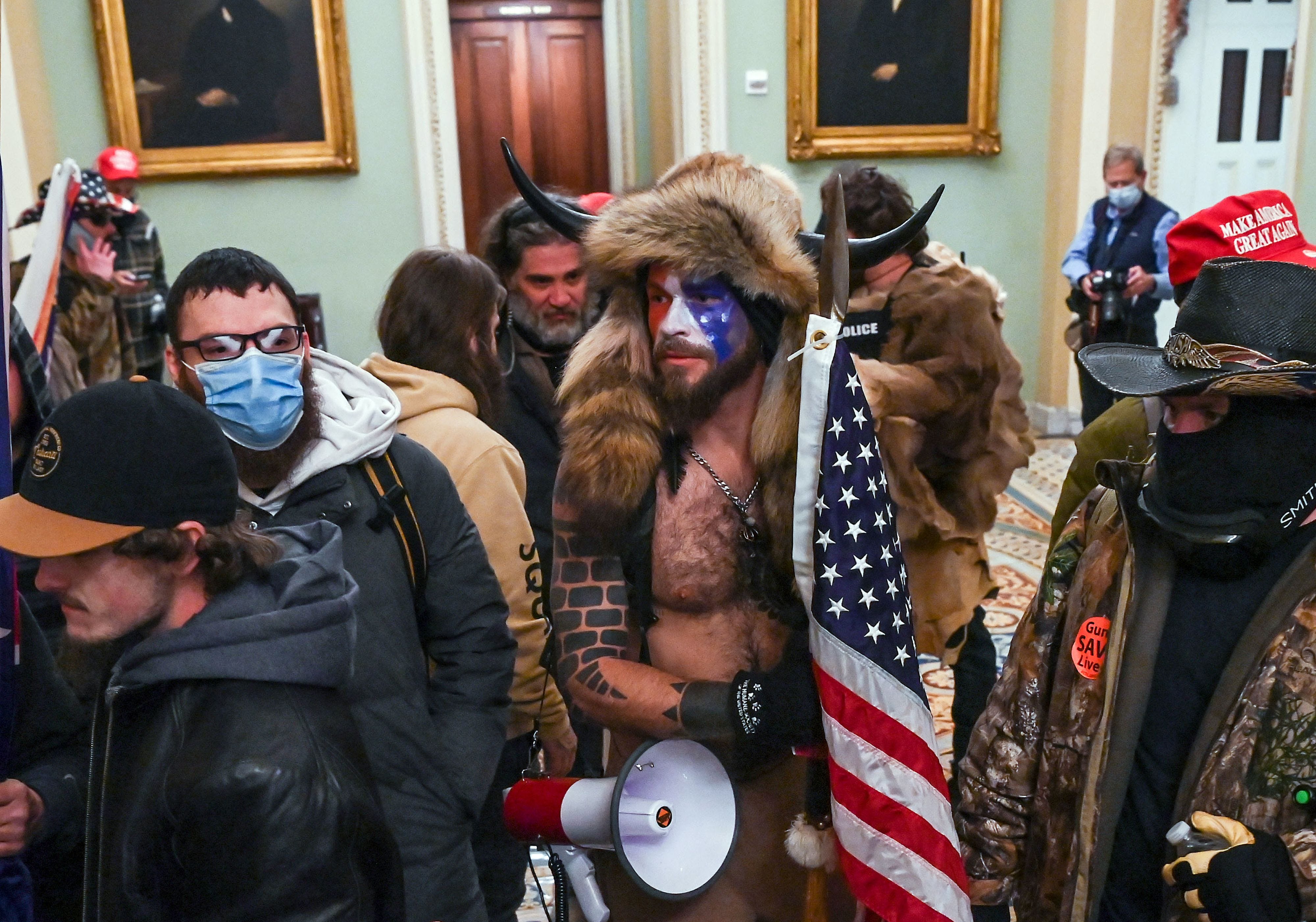 Federal authorities said Friday that there is “no direct evidence of kill and capture teams” among the Capitol rioters, walking back claims outlined in court documents that attackers sought to apprehend and “assassinate elected officials.”

Acting D.C. U.S. Attorney Michael Sherwin, who is leading the sprawling investigation into the Jan. 6 assault, referenced federal prosecutors’ assertions in the U.S. District Court of Arizona supporting the detention of riot suspect Jacob Anthony Chansley, who was widely photographed in face paint and a horned helmet leading part of the mob.

“Strong evidence, including Chansley’s own words and actions at the Capitol, supports that the intent of the Capitol rioters was to capture and assassinate elected officials in the United States Government,” the filing stated.

The initial contention that elected officials were targeted was offered in support of claims that Chansley, also known as “Jake Angeli” and the “QAnon Shaman,” represented a continuing threat to the public and should remain in custody.

But Sherwin contradicted the alarming allegation, suggesting that there was a disconnect among federal authorities or that local prosecutors acted on information that was not known to officials in Washington.

ARREST TRACKER:See who’s been charged across the U.S. in the Capitol insurrection

Chansley, who allegedly used a spear to fight Capitol Police during the attack, was expected to appear in a Phoenix court Friday.

“Chansley is an active participant in — and has made himself the most prominent symbol of — a violent insurrection that attempted to overthrow the United States Government on January 6, 2021,” the document states.

Inside the Capitol, Chansley used his bullhorn, the filing states, to shout invectives, including repeating that they were there to “take out several United States congressmen.”

Chansley also allegedly left a note on the Senate Chamber dais, where Vice President Mike Pence had been presiding, that warned: “It’s only a matter of time, justice is coming.”

“When questioned as to the meaning of that statement, Chansley went on a lengthy diatribe describing current and past United States political leaders as infiltrators, specifically naming Vice President Mike Pence, former President Barack Obama, former Senator Hillary Clinton and U.S. President-elect Joe Biden as infiltrators involved in various types of wrongdoing. Although he stated his note was not a threat, the Government strongly disagrees,” the filing reads.

Citing Chansley’s interview NBC News, prosecutors noted he’d travelled to the Capitol “at the request of the President that all ‘patriots’ come to D.C.”

Albert Watkins, Chansley’s attorney, said during a CNN interview on Thursday night that Trump should pardon his client, calling it the “honorable thing for him to do.”

Chansley was arrested by the Phoenix FBI after sitting down for an interview with prosecutors. Chansley was unaware at the time of the interview that there was a warrant for his arrest.

Prosecutors argue that Chansley must be detained due to his past criminal record and belief in harmful conspiracies like QAnon, as well as his belief that he is an alien, which may indicate “serious risks that he will flee and obstruct or attempt to obstruct justice.”

The threat posed by Chansley is not eliminated by his detention, prosecutors argued, as other right-wing extremists who participated in the riot remain at large. Right-wing extremists and conspiracy theorists continue to pose a threat across the country.

“Media and FBI reports have detailed carefully planned insurrection attempts scheduled throughout the country in the coming weeks at every state capital,” federal prosecutors said in their briefing, warning of further violence.

Chansley had become a fixture at rallies and protests in Phoenix over the past two years. He’s been charged with six federal charges, two of which are felonies. The combined maximum sentence for those counts would be 46 years.

Chansley , prosecutors said, has shown an ability to raise large sums of money and travel cross-country, despite not having any steady income. Prosecutors said that Chansley was able to raise funds because he had become “one of the leaders and mascots of QAnon.”

Chansley , in interviews with the FBI, said he planned on returning to Washington, D.C., for the presidential inauguration of Joe Biden. Prosecutors said Angeli would likely defy any release conditions and return to the nation’s Capitol to take part in more demonstrations.