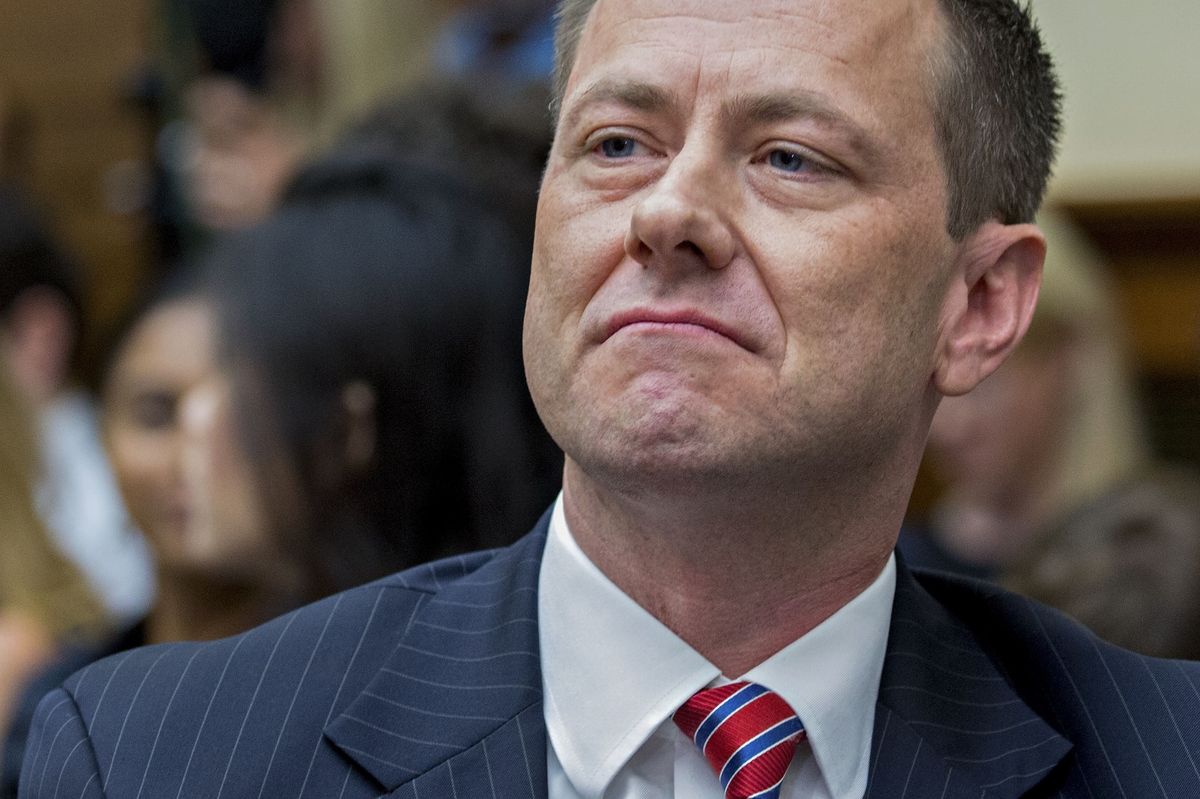 Disgraced former FBI official Peter Strzok has penned a tell-all book about the Russia “collusion” investigation that led to his termination from the agency, wherein he claims President Donald Trump is “under the sway” of the Kremlin.

What are the details?/

Publisher Houghton Mifflin Harcourt announced that it will release Strzok’s book, “COMPROMISED: Counterintelligence and the Threat of Donald J. Trump,” on Sept. 8 — just weeks ahead of the general election.

“When he opened the FBI investigation into Russia’s election interference, Strzok had already spent more than two decades defending the United States against foreign threats,” HMH wrote in its promotional plug. “His career in counterintelligence ended shortly thereafter when the Trump administration used his private expression of political opinions to force him out of the Bureau in August 2018. But by that time, Strzok had seen more than enough to convince him that the commander in chief had fallen under the sway of America’s adversary in the Kremlin.”

Strzok said in a statement:

Russia has long regarded the United States as its ‘Main Enemy,’ and I spent decades trying to protect our country from their efforts to weaken and undermine us. In this book, I used that background to explain how the elevation by President Trump and his collaborators of Trump’s own personal interests over the interests of the country allowed Putin to succeed beyond Stalin’s wildest dreams, and how the national security implication of Putin’s triumph will persist through our next election and beyond.

Strzok and his lover, former FBI attorney Lisa Page, famously exchanged text messages in 2016 expressing their disdain for then-candidate Donald Trump, claiming to have an “insurance policy” for if he won — causing speculation that the investigation into the Trump campaign was politically motivated. Documents unearthed a few months ago also indicate that Strzok and Page may have manipulated the filing that led to charges against retired Gen. Michael Flynn, Trump’s former national security adviser.

News that Strzok is attempting to capitalize off his role in the Russia investigation has already been met with criticism.

BizPacReview‘s Tom Tillison wrote, “Only in America can a former high-ranking law enforcement official allegedly plot to unseat a duly elected president of the United States and when that endeavor fails, write a book that will likely earn him millions.”

Strzok is not the first former FBI official to attempt to make easy bucks off his involvement with the investigation into President Trump.

Former FBI Director James Comey — who was fired by Trump — wrote a book in 2018 wherein he attacks the president, and he has a second book set for release just ahead of the inauguration.

Ousted former FBI deputy director Andrew McCabe also wrote a book in 2018 attacking President Trump, and Page was hired last month by MSNBC to serve as a legal analyst for the left-leaning network.