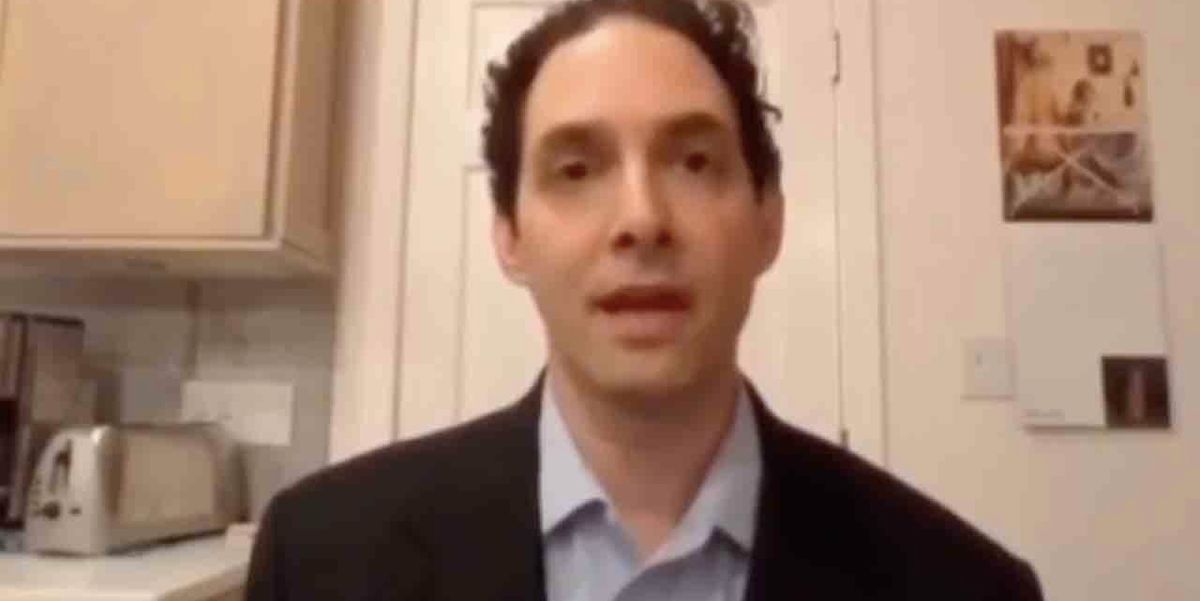 Alex Berenson is a former reporter who worked for the New York Times from 1999 to 2010 where he covered everything from the drug industry to Hurricane Katrina.

After that stint he devoted himself to writing books full time. Last year, his project “Tell Your Children” was published, which deals with the science around cannabis and mental illness.

But Berenson has again come into prominence amid the growing coronavirus pandemic, as he’s been posting data analysis revealing a disturbing conclusion: The models that have dictated mass business closures — and that have swiftly collapsed the American economy — are deeply flawed.

A closer look at what Berenson is seeing

Fox News reporter Adam Shaw spoke with Berenson in detail regarding what he’s been learning — and he pulled no punches with his conclusion: “The response we have taken has caused enormous societal devastation; I don’t think that’s too strong a word.”

“In February I was worried about the virus. By mid-March I was more scared about the economy. But now I’m starting to get genuinely nervous,” he tweeted Wednesday. “This isn’t complicated. The models don’t work. The hospitals are empty. WHY ARE WE STILL TALKING ABOUT INDEFINITE LOCKDOWNS?”

More on what Berenson’s been doing from the cable network:

Recently he’s been focusing on discrepancies within the University of Washington’s Institute for Health Metrics and Evaluation (IHME) model. That model has come under renewed scrutiny as it has revised its metrics multiple times. It once predicted more than 90,000 deaths by August but recently issued a new estimate that has the figure closer to 60,000. Government officials say it’s a model that’s moving with what the country is doing.

And while Dr. Anthony Fauci, one of national experts on the White House coronavirus task force, said indicators show social distancing is working — “what you do with data will always outstrip a model. You redo your models, depending upon your data, and our data is telling us that mitigation is working” — Fox News said Berenson insists those models already figure in social distancing and other measures.

Fox News also said Berenson has argued on Twitter that the drop in cases has come before lockdowns would have had an impact since it takes time for social distancing to work due to the time lag between infection and symptoms:

The tattered state of the U.S. economy due to widespread business shutdowns isn’t lost at all on Berenson.

“There was incredible pressure to do something … so these lockdowns all cascaded, every governor tried to outdo the next,” he told Fox News. “And no one stopped and said, ‘OK what about Japan? They don’t seem to have a terrible epidemic, they wear masks, maybe we should wear masks.'”

Berenson added to the cable network that “we’re in a bad spot because there’s clearly a dangerous political dynamic right now — the economy is in freefall, a lot of people are hurting. If we acknowledge what is clearly happening … the people who made these decisions, I think there’s going to be a lot of anger at them, so they don’t want to acknowledge it, so they say, ‘Oh, it’s the lockdown that saved us.'”

Berenson is not a known partisan. His Twitter feed and other works contain few references to specific politicians, and there’s no indication that he’s in this to bash or defend Trump or either political party. But he noted that, like with his conclusions on marijuana, there has been a distinct lack of interest from the left.

“I went to Yale, and I worked for the New York Times,” he told the cable network. “The people on the left hold themselves out as being science-driven, as being smarter; they think they’re smarter, but they won’t look at facts that won’t meet their narratives.”