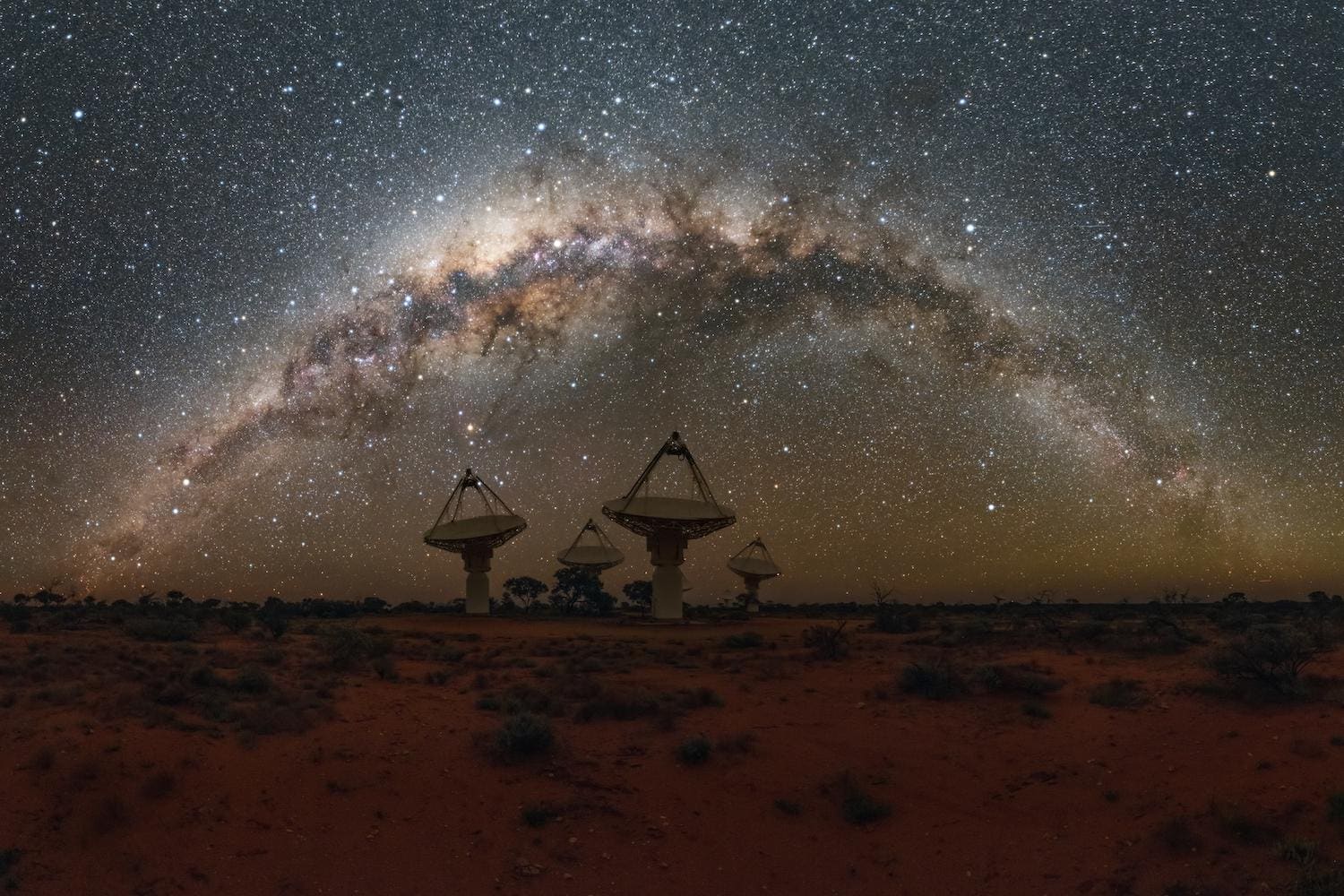 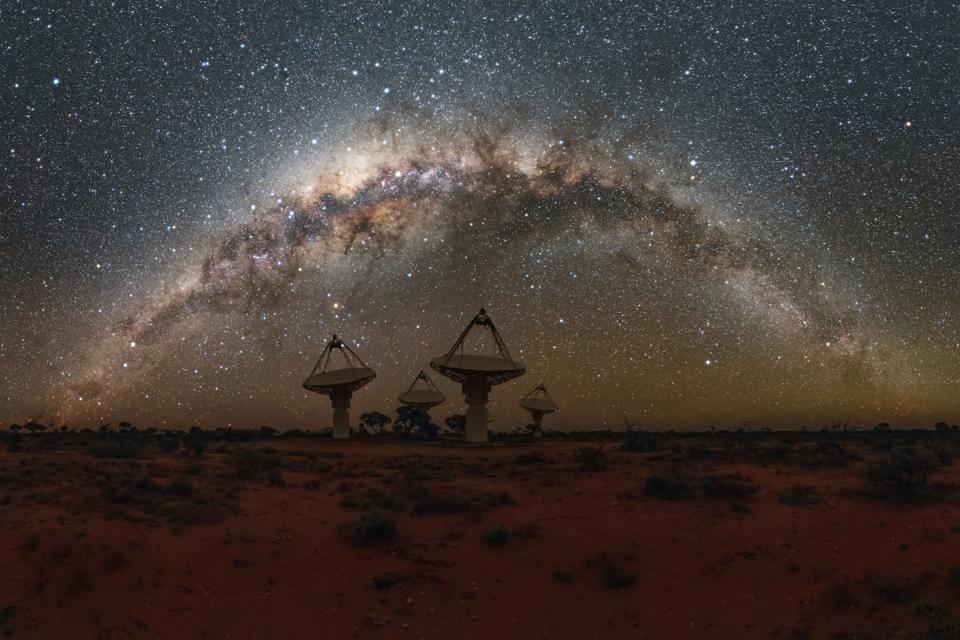 Antennas of CSIROs ASKAP Telescope under the Milky Way in Western Australia.

Go outside on a hot day and feel the Sun on your skin. Now imagine how much energy our Sun emits in an entire human lifetime.

Compress all that energy into a single burst lasting a mere millisecond and you’ll understand why fast radio bursts (FRBs) are one of the hottest topics in astronomy.

First discovered in 2007 at Australia’s Parkes radio telescope, FRBs are very brief, very bright single radio pulses that can last for several milliseconds. It’s estimated that several thousand per day are occurring over the entire sky.

The most famous one is FRB 121102, unusual because it’s been detected a few hundred times since it first “burst” onto the scene in 2014. FRB 121102 is coming from a small dwarf galaxy about three billion light-years from Earth.

Well, it’s not black holes, according to Dr. Shivani Bhandari, an astronomer with CSIRO, Australia’s national science agency, whose new research published this week in The Astrophysical Journal Letters reveals that four FRBs are coming not from the heart of galaxies, but from their edge. 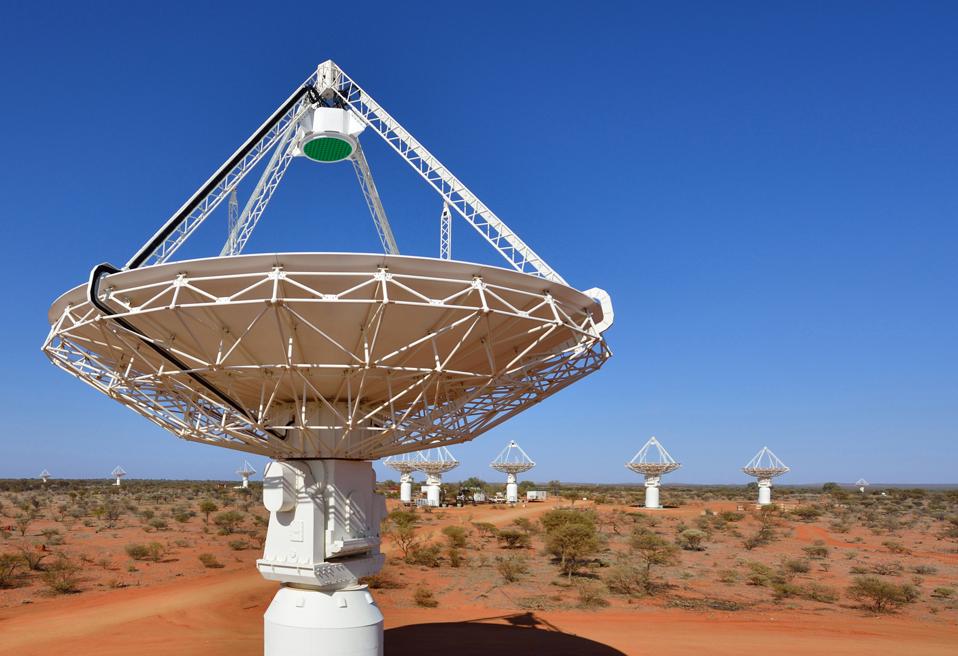 Antennas of CSIRO’s ASKAP telescope at the Murchison Radio-astronomy Observatory in Western … [+] Australia.

“These precisely localised fast radio bursts came from the outskirts of their home galaxies, removing the possibility that they have anything to do with supermassive black holes,” said Dr. Bhandari. Her team found the exact location of four new fast radio bursts—FRB 180924, FRB 181112, FRB 190102 and FRB 190608—by zooming-in on the radio sky using a detector on the Australian Square Kilometre Array Pathfinder (ASKAP) radio telescope in outback Western Australia. 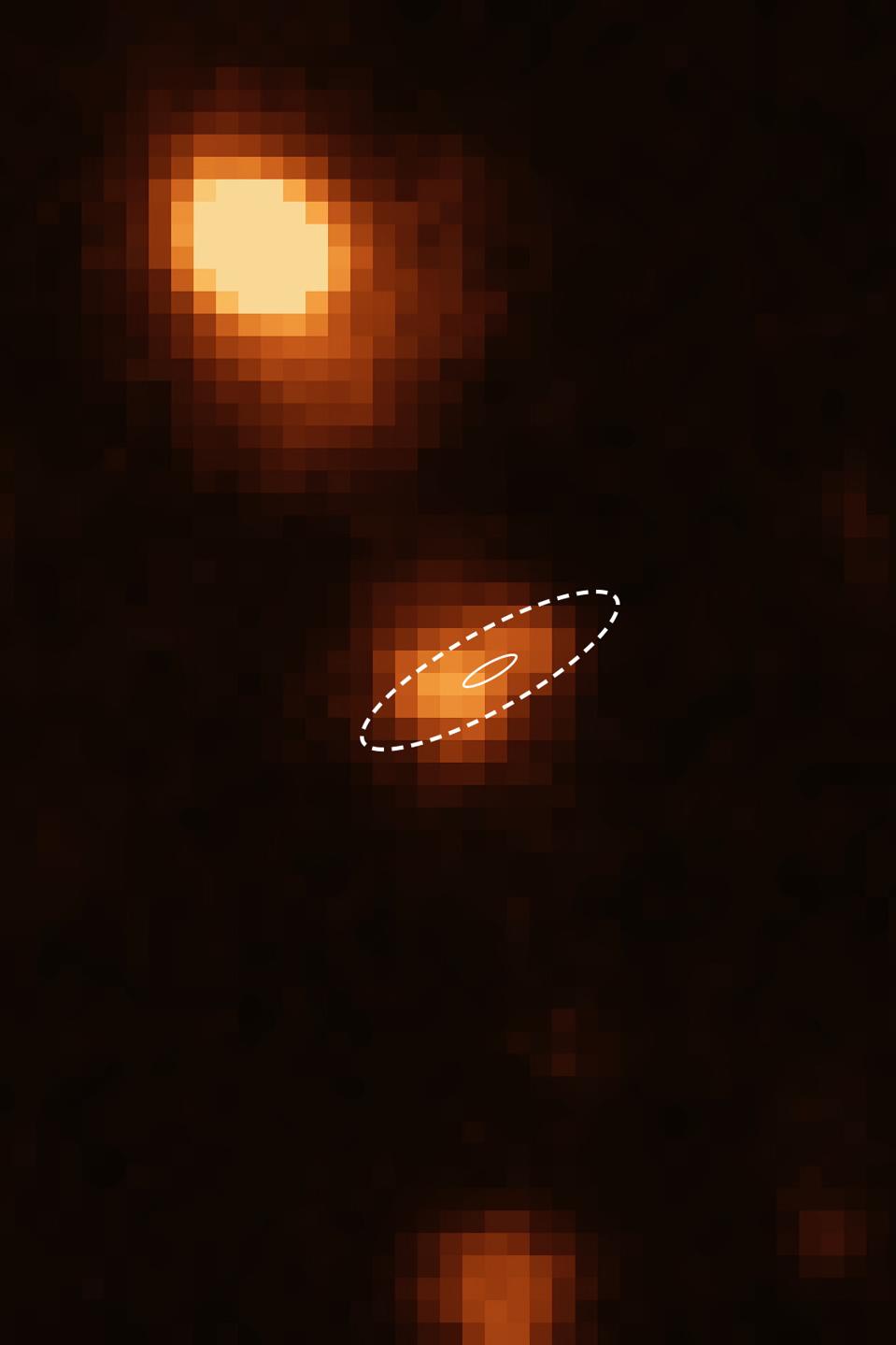 Soon after the Australian Square Kilometre Array Pathfinder (ASKAP) radio telescope pinpointed a … [+] fast radio burst, named FRB 181112, ESO’s Very Large Telescope (VLT) took this image and other data to determine the distance to its host galaxy (FRB 181112 location indicated by the white ellipses). The analysis of these data revealed that the radio pulses have passed through the halo of a massive galaxy (at the top of the image) on their way toward Earth.

Follow-up observations were made using some of the world’s largest optical telescopes, including Gemini South, the Very Large Telescope, Magellan Baade, Keck and the LCOGT-1m.

Although all of the four FRBs are coming from three or four billion light-years away, all were discovered to be coming from massive galaxies that are forming new stars at a modest rate, much like our own Milky Way.

“Just like doing video calls with colleagues shows you their homes and gives you a bit of an insight into their lives, looking into the host galaxies of fast radio bursts gives us insights to their origins,” said Dr. Bhandari.

The findings brings astronomers a step closer to understanding the origins of these mysterious signals from outer space. 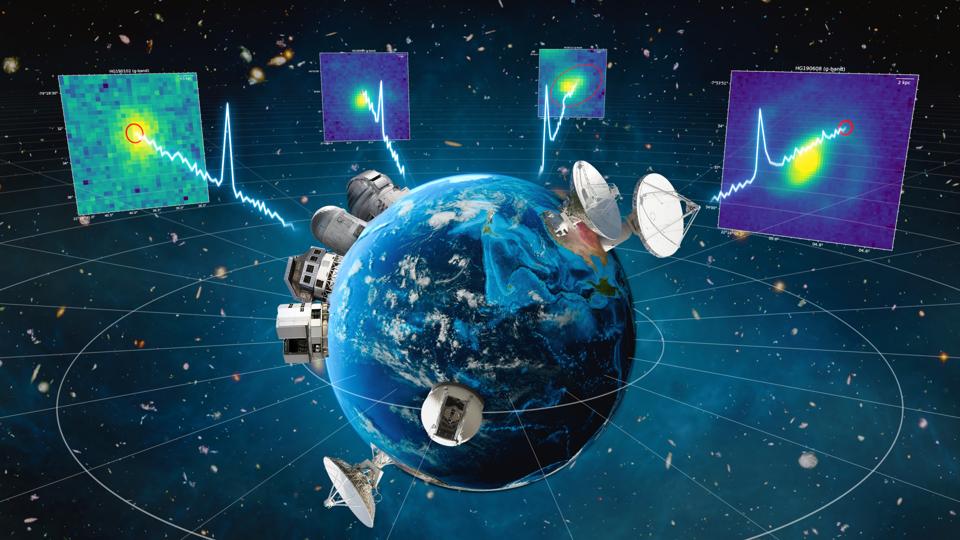 As well as not being from black holes, the FRBs could also not have come from very bright explosions of stars or from cosmic strings, say the researchers, but could be from mergers of white dwarf stars or neutron stars.