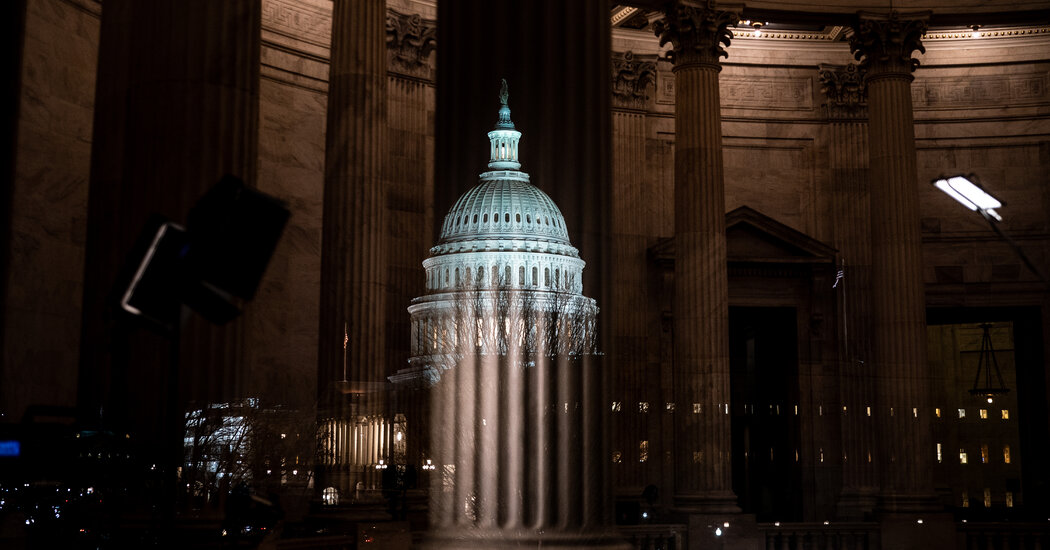 But when Justice Ruth Bader Ginsburg died in late September, Republicans were determined to quickly fill her seat before an election that could cost Mr. Trump the presidency, or them their Senate majority — or both. Abandoning the position that had led them in 2016 to block President Barack Obama from filling a vacancy months before an election, Republicans rushed to push through the nomination of Judge Amy Coney Barrett, whom Mr. Trump introduced at a jubilant ceremony in the White House that was later determined to be a superspreader event, causing multiple senators to contract the virus.

By the end of the 116th Congress, nearly 150 judges were confirmed to the nation’s highest court, circuit courts and district courts across the country — all young, conservative and likely to shape interpretation of the nation’s laws for decades. Even as some Republicans began to break with Mr. Trump in anticipation of what both parties believed would be a punishing election result for their party, they enthusiastically rallied to support his Supreme Court nominee, a payoff after years of loyalty to the president.

Defying most expectations — including their own — House Republicans emerged with more than a dozen victories and a record 29 women in their ranks come January, according to the Center for American Women and Politics at Rutgers University.

It left Mr. Biden, who was declared the victor soon after, with a slim majority in the House and Democratic control of the Senate contingent on the outcomes of two runoff races in Georgia.

The political stakes of the contests helped shift the monthslong debate over providing pandemic relief to millions of unemployed Americans, small businesses, schools and hospitals across the country, prodding leaders into negotiations over another package.

Shortly after the November election, a group of moderates led by Senators Susan Collins, Republican of Maine, and Joe Manchin III, Democrat of West Virginia, began work on a compromise framework and jolted both chambers into a final round of frenzied negotiations. They finally yielded a $900 billion deal that passed both chambers days before Christmas after several near-misses with the prospect of yet another government shutdown.

Still, Mr. Trump threatened not to sign it, plunging the fate of the legislation into uncertainty and holding out the possibility of yet another government shutdown. Four days before the new year began, he signed it into law.

“I think divided government can be an opportunity,” Senator Lisa Murkowski, Republican of Alaska, said. “And how we take that up, how we choose to use it is up to us.”