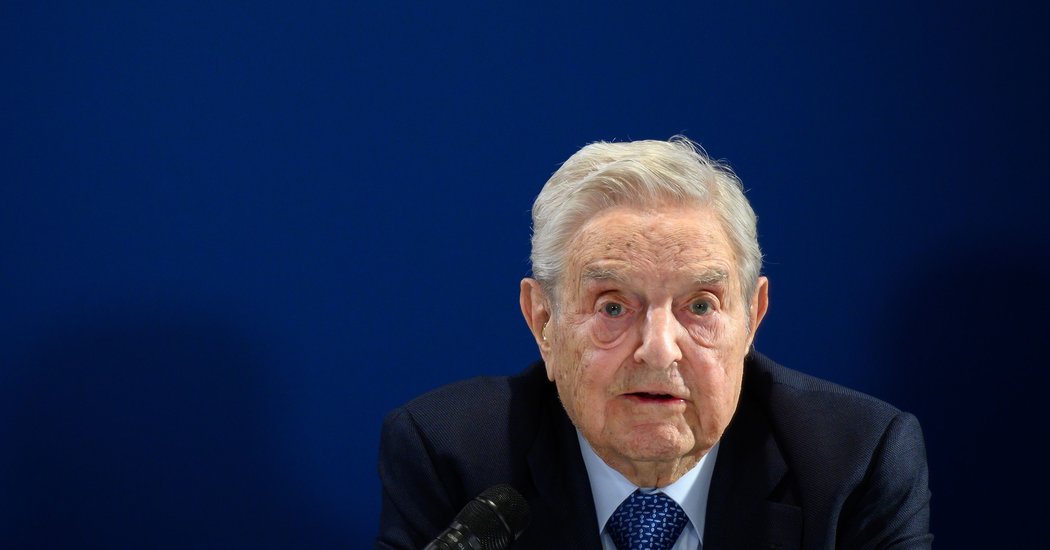 The Open Society Foundations, the philanthropic group founded by the business magnate George Soros, will announce on Monday that it is investing $220 million in efforts to achieve racial equality in America, a huge financial undertaking that will support several Black-led racial justice groups for years to come.

The initiative, which comes amid national protests for racial equality and calls for police reform ignited by the killing of George Floyd in Minneapolis, will immediately reshape the landscape of Black political and civil rights organizations, and signals the extent to which race and identity have become the explicit focal point of American politics in recent years, with no sign of receding. Mr. Soros, who has at times faced smears and anti-Semitism over his role as a liberal megadonor, is also positioning his foundation near the forefront of the protest movement.

Of the $220 million, the foundation will invest $150 million in five-year grants for selected groups, including progressive and emerging organizations like the Movement for Black Lives; the Black Voters Matter Fund; and Repairers of the Breach, a group founded by the Rev. Dr. William J. Barber II of the Poor People’s Campaign. The money will also support more established Black political organizations like the Equal Justice Initiative, which was founded by the civil rights lawyer Bryan Stevenson and depicted in the 2019 movie “Just Mercy.”

The Open Society Foundations will invest an additional $70 million in local grants supporting changes to policing and criminal justice. This money will also be used to pay for opportunities for civic engagement and to organize internships and political training for young people.

Patrick Gaspard, the president of the Open Society Foundations, said in an interview that the group believed the investment was about harnessing the momentum toward racial justice, but also giving organizations room to think long-term. Now, he said, is “the moment we’ve been investing in for the last 25 years.”

“There is this call for justice in Black and brown communities, an explosion of not just sympathy but solidarity across the board,” Mr. Gaspard said. “So it’s time to double down. And we understood we can place a bet on these activists — Black and white — who see this as a moment of not just incrementalism, but whole-scale reform.”

“The demands being made now will not be met overnight, and we know the gaze of media and elected officials will turn in other directions,” he added. “But we need these moments to be sustained. If we’re going to say ‘Black lives matter,’ we need to say ‘Black organizations and structures matter.’”

Even before Monday’s announcement, progressive groups, Democratic candidates and racial justice organizations had been flooded with small-dollar donations, breaking giving records and allowing former Vice President Joseph R. Biden Jr. as well as House and Senate candidates to post eye-popping fund-raising numbers. It is the convergence of an election year in which Democrats are desperate to defeat President Trump with an extraordinary protest movement that has pushed many to action, changing public opinion among white Americans and ideological moderates in the process.

But in making the grants last for five years, Open Society’s leaders said, the organization is freeing groups to think beyond the current moment. Heather McGhee, who is on the foundation’s domestic board and has been on recent calls informing groups of their new grants, said the five-year commitments let leaders feel “they could breathe and they can focus on the strategy and the work.” The calls have been emotional, she said, as groups that have long felt marginalized by mainstream philanthropy find out their work will be sustained and supported.

“It frees up time and ensures that once the corporations stop putting up statements and small-dollar donations stop, they can keep fighting this fight,” Ms. McGhee said. “If you take the blinders of racism off, of course you should be investing in Black leadership — and these organizations shouldn’t be worrying about money.”

This not the first effort by Mr. Soros or his foundation to target racial inequality, though it is the most expansive. In 1994, Mr. Soros started Open Society’s domestic work with a focus on criminal justice reform. He has also aimed philanthropic efforts at historically marginalized groups abroad, a nod to his own experience as a Jewish person who survived the Nazi occupation of Hungary. In recent years, Mr. Soros has become a favorite target of some conservatives and right-wing groups, which have sometimes used anti-Semitic tropes to try to recast his giving as an effort to seek world influence.

Between the local grants and the millions for Black-led organizations, however, Mr. Soros and his foundation have helped answer the question of whether the social justice groups that have dominated the current moment are here to stay.

Alexander Soros, who serves alongside his father as the deputy chair of Open Society, said in a statement that the new investment was a response to a time “for urgent and bold action.”

“These investments will empower proven leaders in the Black community to reimagine policing, end mass incarceration and eliminate the barriers to opportunity that have been the source of inequity for too long,” he said.