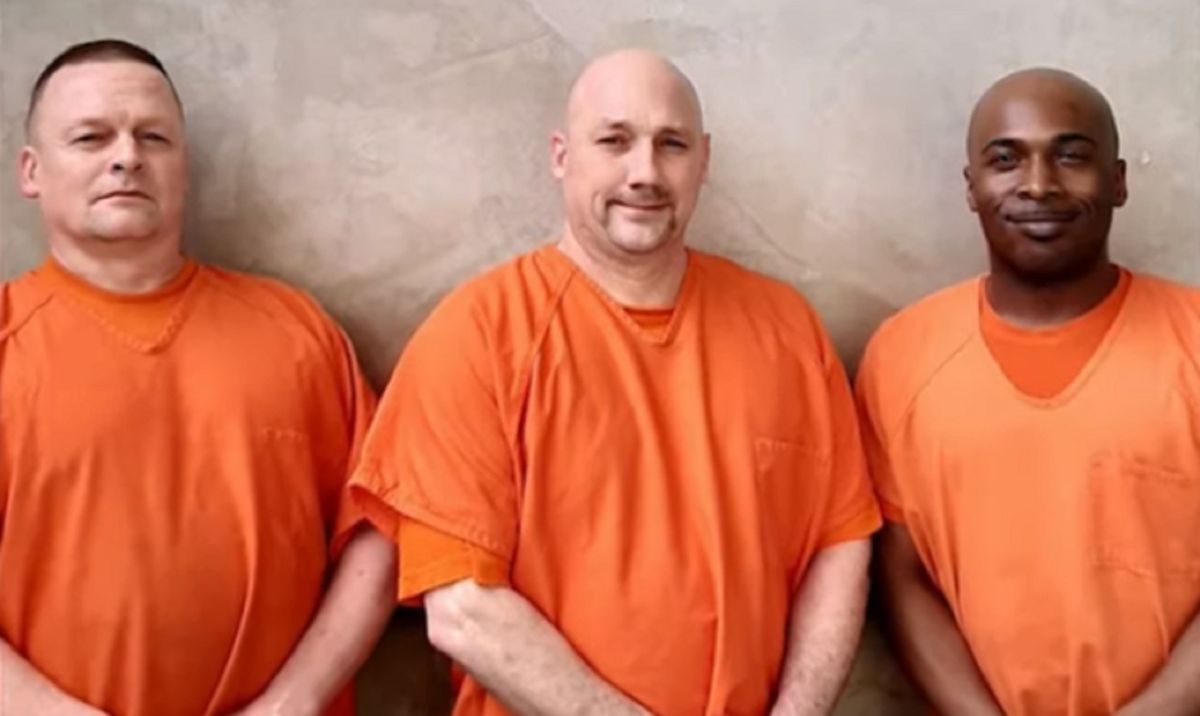 Three Georgia inmates are being hailed for their swift actions in helping save the life of a deputy who suffered a heart attack and fell unconscious while standing guard over their unit.

Terry Lovelace, Walter Whitehead, and Mitchell Smalls noticed from their cells in the Gwinnett County Jail earlier this week that the guard on duty, Deputy Warren Hobbs, did not appear to feel well when he was making his rounds.

The inmates then began keeping their own watch on Hobbs, and noticed when he returned to his desk that he fell to the ground, splitting his head open.

The men began banging on their cell doors while calling for Deputy Hobbs to wake up and rallied the rest of the 60 men in the unit to join them in doing so, leading Hobbs to briefly regain consciousness, according to a Facebook post from the Gwinnett County Sheriff’s Office.

WAGA-TV reported Hobbs later recalled that the noise and hearing his named being shouted “over and over” led him to believe an inmate might need help, so he gathered the strength to reach the control panel and open the cell doors before falling unconscious again.

During that time, Lovelace, Whitehead, and Smalls ran to Hobbs’ aid, with one of them using his desk phone and another grabbing his radio to call for medical help.

Whitehead told WAGA, “It scared me. I don’t care if it’s a police officer or whoever it was. I will do whatever I can to save a man. I don’t want anyone to die.”

The Gwinnett County Sheriff’s Office said of the ordeal:

We’re happy to report that our deputy survived the harrowing incident and is recovering at home until he can return to duty.

These inmates came to his aid because our deputy, like most law enforcement officers, treats people with the dignity they deserve. These inmates had no obligation whatsoever to render aid to a bleeding, vulnerable deputy, but they didn’t hesitate. Many people have strong opinions about law enforcement officers and criminals, but this incident clearly illustrates the potential goodness found in both.

We’re proud of our deputy, whose strong desire to serve gave him the strength to active the door release when he believed an inmate needed his help. In doing so, he released his rescuers. We’re proud of them, too.

The Daily Mail reported that records show all three inmates were jailed because of drug charges, and Smalls is also being held on a battery charge.