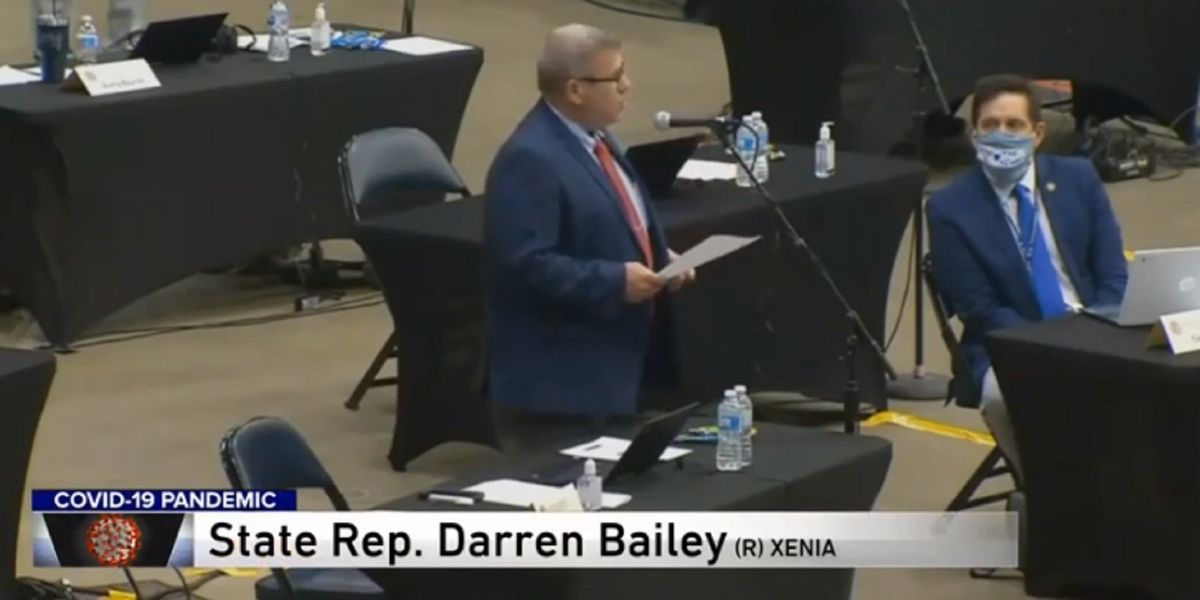 A Republican state lawmaker was booted from a session of the Illinois House of Representatives on Wednesday, after the chamber voted to have him removed for refusing to wear a mask in accordance with a new rule amid the coronavirus pandemic.

The Chicago Sun-Times reported that Rep. Darren Bailey (R) refused to wear a face covering during the first three sessions, prompting his colleagues—including some fellow Republicans—to vote 81-27 to have him kicked out. The action did not remove him from office, and he is able to return to the people’s business if he falls in line and wears a mask.

But Bailey did not appear bothered by his dismissal from the session, and left with a smile on his face before greeting reporters outside. He told the press, “It’s time to put an end to this stuff and say enough is enough.”

State Rep. Bailey has been an outspoken critic of coronavirus-related restrictions, according to WMAQ-TV. The Republican even sued Democratic Gov. J.B. Pritzker last month for extending the state’s stay-at-home mandates.

Other GOP members had threatened to attend House proceedings without wearing facial coverings, but ultimately decided against fighting the rule. Rep. Chris Miller (R) told WMAQ, “If we are required, I will play along. I don’t want to be a distraction from the real issues of JB’s failed leadership.”

Rep. Brad Halbrook (R) added, “If the rule is adopted I will abide by it. I trust that we will spend as much time on the long overdue issues of spending reform, pension reform, property tax and many other needed reforms.”