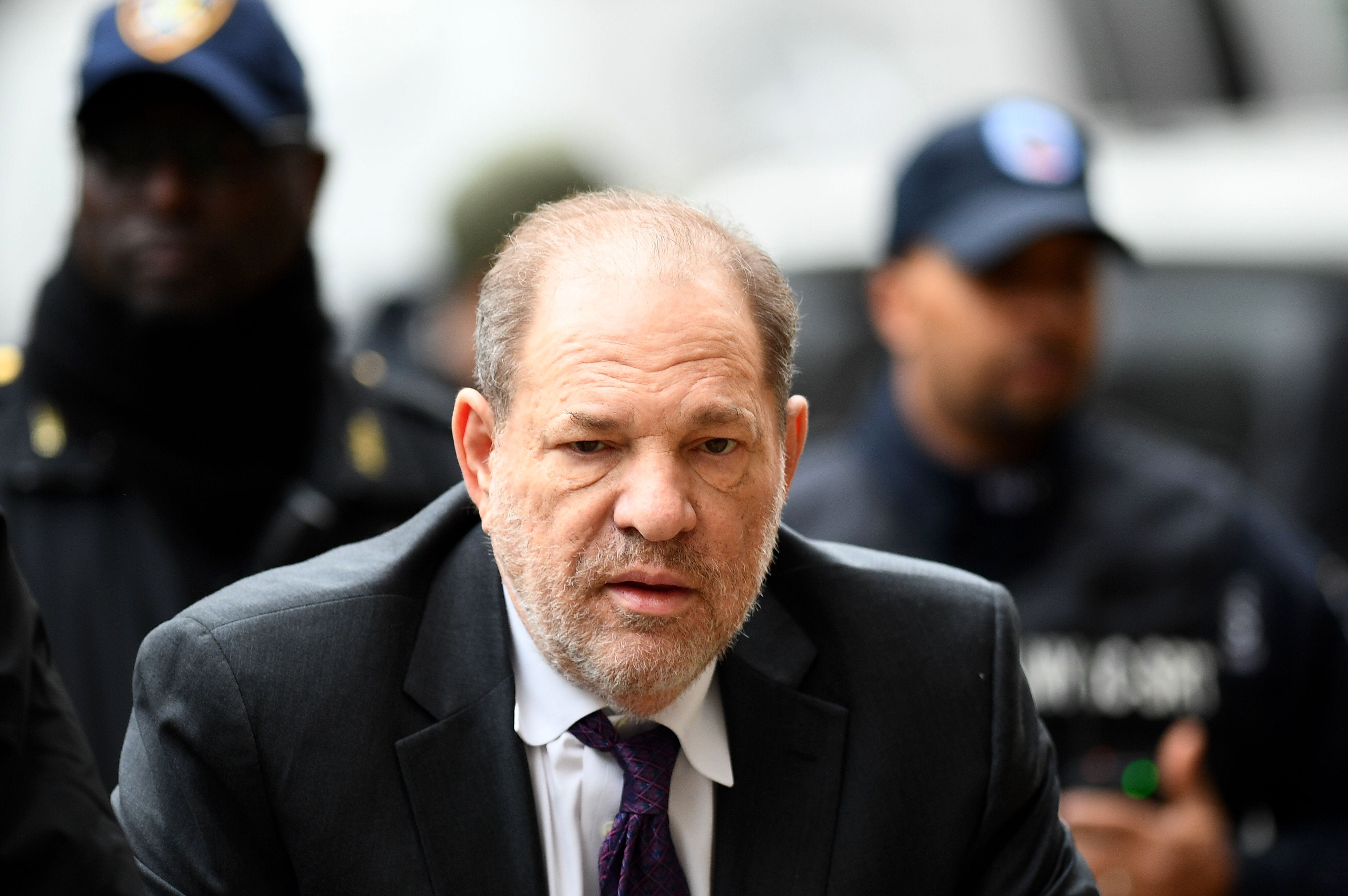 Weinstein was taken there while en route to Rikers Island, the city’s main jail complex on the East River. His lawyer, Donna Rotunno, told USA TODAY Monday night he was hospitalized due to high blood pressure. “He’s fine,” she said.

One of his lawyers, Arthur Aidala, who was on his way to Bellevue to check on Weinstein, told USA TODAY on Tuesday that the defense team planned to immediately seek bail pending appeal for Weinstein.

Prosecutors hailed the verdict as a win; Aidala, however, said prosecutors  were unable to persuade the jury to officially declare Weinstein a sexual predator under New York law. “I can understand them feeling victorious because they had such a weak case, and that’s not just my opinion, it was the opinion of the jury,” Aidala said.

But we won’t know for sure exactly what the jurors thought, Aidala said, because they declined to speak about their verdict to prosecutors or defense lawyers, as is their right.

“I like to know what they found credible or not credible, what mattered to them and what didn’t. You learn a lot when you speak to a jury (after a verdict). We lawyers tend to focus on certain things and sometimes jurors focus on something else,” Aidala said.

Although the prosecution failed to convict Weinstein on the three most serious of the five charges against him, he was convicted of two charges involving the two complaining witnesses. That meant Weinstein was taken into custody immediately instead of possibly getting bail pending appeal.

“He would not have been remanded if he had only been convicted of (third-degree) rape,” Aidala said. “Any time a defendant doesn’t sleep in his own bed the night of a verdict is a good day for (prosecutors).”

From their verdict, Aidala said, it’s clear the jury did not believe beyond a reasonable doubt “Sopranos” actress Annabella Sciorra’s testimony that Weinstein raped her 27 years ago.

Another reason for talking to the jury, he said, would be to clarify whether they believed the other three “prior bad acts” accusers who testified at the trial. Los Angeles prosecutors might also benefit from knowing that since one of those witnesses, Lauren Young, will be a complaining witness against Weinstein in the Los Angeles case.

“It would be naïve to say the prosecution’s case did not benefit exponentially by the judge allowing three prior bad acts witnesses in addition to Sciorra,” Aidala said. “We all agree that had those others not been in the mix, he’d be in his backyard playing with children.”

Immediately after the jury read the verdict, his legal team requested he not be remanded into custody, citing his poor health.

“He has appeared in court each and every time, and has significant medical issues,” argued Rotunno. “He needs his walker; he takes multiple medications; he’s currently receiving shots in his eyes because he’s going blind.”

Judge James Burke denied the request and the 67-year-old was handcuffed and was set to be taken to the infirmary at Rikers but was rerouted along the way.

Jury foreman Bernard Cody told reporters from the New York Daily News and the New York Post he was “happy” with the verdict, though the lengthy trial, which began with jury selection on Jan. 6, took a toll on him as part of the group of seven men and five women who weighed Weinstein’s fate.

“It was stressful,” Cody told reporters who followed him back to his apartment after the jury was dismissed midday on Monday. “The whole thing, it was long, long. I’ve been away from my family a long time.”

Haleyi, one of the trial’s key accusers, appeared on “CBS This Morning” Tuesday and called the verdict “a huge relief.”

“I felt just very grateful that I’d been heard and believed,” she said of the verdict. “I am still processing, I think.”

Dawn Dunning, who testified that Weinstein groped her in 2004, told CNN on Tuesday she was at her hotel when the verdict was announced and was “hoping for the best but also bracing for the worst.”

“He’s a convicted rapist, and that’s something that is going to follow him for the rest of his life,” Dunning said. “I think this is a huge victory for women, and hopefully the start of a larger cultural movement.”

Sciorra, who was the first accuser to take the stand in Weinstein’s trial, said in a statement Monday that her testimony was “painful but necessary.”

Sciorra, who said Weinstein raped her in 1993-94, continued: “I spoke for myself and with the strength of the 80-plus victims of Harvey Weinstein in my heart. While we hope for continued righteous outcomes that bring absolute justice, we can never regret breaking the silence. For in speaking truth to power we pave the way for a more just culture, free of the scourge of violence against women.”

Monica Lewinsky tweeted Tuesday morning: “Found myself emotional + so grateful for this… not just for the women who were grossly abused by …Weinstein but for all women who’ve been marginalized + abandoned by the justice system at times, sectors of society + some media outlets/journos. this is a win for #MeToo.”

The Silence Breakers, a group which includes big names like Ashley Judd, Rosanna Arquette, Mira Sorvino and Rose McGowan, are set to hold a press conference Tuesday afternoon to share their reactions to the verdict.

“The era of impunity for powerful men who rape people is over,” Sorvino said, breaking down in tears on a conference call of Weinstein’s former accusers Monday. “He will rot in jail as he deserves.”

Judd, who accused Weinstein of damaging her career by spreading lies about her after she rejected his advances, tweeted: “For the women who testified in this case, and walked through traumatic hell, you did a public service to girls and women everywhere, thank you.”

Verdict:What will ‘a new era’ mean to #MeToo, Hollywood and sex-crime prosecutions?