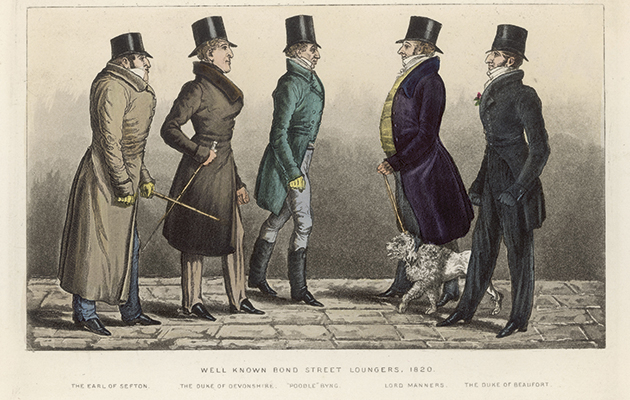 Just ahead of our post-election Tale for Our Time – a tale that gets more unnervingly timely with every day – let me put in a word for our complementary entertainment at the other end of the day: the audio version of The Mark Steyn Show, whose latest edition marks the final hours of the Trump Administration. I’m delighted that some folks appreciate both, as a spot of elevenses and an audio Ovaltine at bedtime.

The total production, written introductions, one man Broadway narration, best of member comments, could be packaged on a memory stick, and sold for $49.95. Rush and Tucker would deliver adds, no graduating high school senior should be without it.

If you say so, Doug. As I understand it, every available memory stick in America is filled up with surplus Biden votes from Wayne County, and the computer stores say any new ones are on backorder from the SinoMemory factory in Wuhan.

By the way, “memory stick” is a term Orwell would have loved.

In tonight’s episode of Nineteen Eighty-Four, Winston Smith ventures into a pub frequented by proles and beards a stooped and wizened gaffer ancient enough to remember life before the Revolution:

‘You are very much older than I am,’ said Winston. ‘You must have been a grown man before I was born. You can remember what it was like in the old days, before the Revolution. People of my age don’t really know anything about those times. We can only read about them in books, and what it says in the books may not be true. I should like your opinion on that. The history books say that life before the Revolution was completely different from what it is now. There was the most terrible oppression, injustice, poverty worse than anything we can imagine. Here in London, the great mass of the people never had enough to eat from birth to death. Half of them hadn’t even boots on their feet. They worked twelve hours a day, they left school at nine, they slept ten in a room. And at the same time there were a very few people, only a few thousands–the capitalists, they were called–who were rich and powerful. They owned everything that there was to own. They lived in great gorgeous houses with thirty servants, they rode about in motor-cars and four-horse carriages, they drank champagne, they wore top hats—-‘

‘Top ‘ats!’ he said. ‘Funny you should mention ’em. The same thing come into my ‘ead only yesterday, I dono why. I was jest thinking, I ain’t seen a top ‘at in years. Gorn right out, they ‘ave. The last time I wore one was at my sister-in-law’s funeral. And that was–well, I couldn’t give you the date, but it must’a been fifty years ago. Of course it was only ‘ired for the occasion, you understand.’

‘It isn’t very important about the top hats,’ said Winston patiently. ‘The point is, these capitalists…’

But he is to learn that getting people to think of their lives in political ways is trickier than he thought. Members of The Mark Steyn Club can hear this latest installment of our tale simply by clicking here and logging-in.

You can enjoy Nineteen Eighty-Four episode by episode, night by night, twenty minutes before you lower your lamp. Or, alternatively, do feel free to binge-listen: you can find all the earlier instalments here.

If you’ve yet to hear any of our first forty-five Tales for Our Time, you can do so by joining The Mark Steyn Club. Or, if you need an extra-special present for someone, why not give your loved one a Gift Membership and start him or her off with almost four dozen cracking yarns? And please join us tomorrow for another episode of Nineteen Eighty-Four.

Cuomo Has Lost Control of His Self-Investigation Theater

‘I am better mom’: After quitting their jobs during the pandemic to care for...

Democrats want to send $350B to cities and states with Biden’s COVID stimulus bill,...

Commentary Mark Steyn - March 4, 2021
0
Larry Gelbart, author of Tootsie and the TV series M*A*S*H and much else, had a famous crack that, if Hitler's still alive, he hopes he's on the road with a musical in trouble. Exactly three-quarters of a century ago - March 1946 - two great songwriters, Harold Arlen and Johnny Mercer,...
MORE STORIES

‘I am better mom’: After quitting their jobs during the pandemic...

Democrats want to send $350B to cities and states with Biden’s...