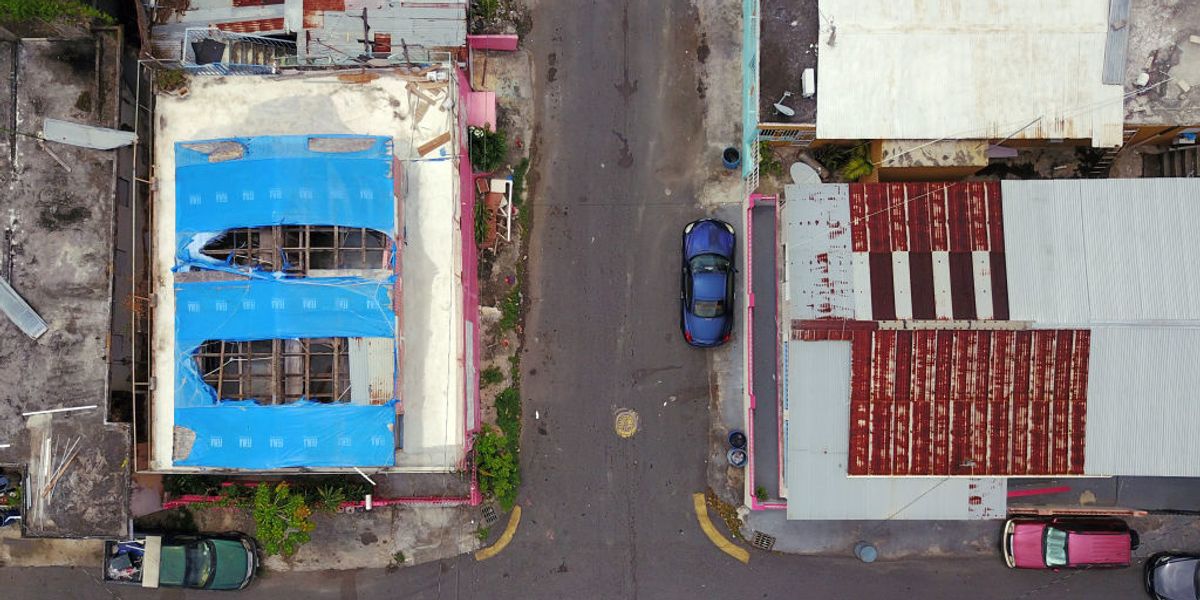 Puerto Rico’s Gov. Wanda Vazquez has fired Carlos Acevedo, the head of the island’s emergency management services, after a warehouse filled with unused hurricane supplies was discovered on Saturday.

Among the supplies were thousands of cases of water that date back to the deadly Hurricane Maria storm which decimated the island in 2017. Acevedo’s firing came after crowds found the unused supplies in a warehouse in the city of Ponce and videos emerged on Saturday of local residents furious with the island’s leadership.

A twitter user said on Saturday, “Warehouses filled with supplies that they sent to #PuertoRico being hidden and never distributed. Supplies they had saved since Hurricane Maria and been left to waste… We have a disgusting government.”

While the death toll of hurricane victims is disputed, some estimates pinned it at 2,975 people who died from complications resulting from the storm, including food, medicine, and power shortages.

In a statement, Governor Vazquez blasted the mismanagement of hurricane supplies.

“There are thousands of people who have made sacrifices to bring help to the south, and it is unforgivable that resources have been kept in a warehouse,” she said.

CNN reported that several local residents opened the rolling metal doors of the warehouse and asked authorities to distribute the supplies to the victims of recent earthquakes that struck the island within the past two weeks. By Saturday afternoon, word of the discovered supplies had spread throughout the island and crowds lined up outside of the building hoping to receive food, water, and other emergency supplies.

Local residents are furious with the island’s leadership over its mismanagement of disaster response efforts. Jeremy Ortiz, a journalist affiliated with Univision, said he was outraged by the discovery of the supplies.

“This will bring tears of anger to anyone! Diapers, baby food, stoves, radios, water, tents, awnings, AMONG THE MANY SUPPLIES LOST SINCE [HURRICANE] MARIA!!! THIS IS WHAT PEOPLE IN THE SOUTH HAVE BEEN ASKING FOR WITH THE EARTHQUAKES!!!” he wrote on Twitter.

This is not the first time that unused supplies have been discovered after Hurricane Maria. As the Washington Examiner reported, in 2018, hundreds of pallets of water were found abandoned. The water had been sitting in the sun for months and gone bad just as many on the island lacked access to clean water.

Readers of TheBlaze may also remember that when Hurricane Maria struck in 2017, Democratic lawmakers were quick to blame the Trump administration for the island’s problems following the storm.

“I cannot fathom the thought that the greatest nation in the world cannot figure out the logistics for a small island of 100 miles by 35 miles,” San Juan Mayor Carmen Yulín Cruz said at the time.

President Donald Trump was heavily criticized when he defended himself from Cruz’s attacks. “Such poor leadership ability by the mayor of San Juan, and others in Puerto Rico, who are not able to get their workers to help. They want everything to be done for them when it should be a community effort,” he said in 2017.

News DSMW - January 20, 2021
0
Defeated and twice impeached, the 45th president used his farewell remarks before a sparse crowd to brag about his record and wish luck to the incoming administration. ...

News DSMW - January 20, 2021
0
The recent hotfire test of NASA’s next-gen megarocket was supposed to go for eight minutes, but it lasted just 67 seconds. The space agency has an explanation for the premature shutdown, saying everything’s swell, but a second test remains a distinct possibility. Read more......
MORE STORIES