WASHINGTON — The House passed an emergency relief package Saturday to address the sweeping effects of the coronavirus and cushion the economic blow to the most vulnerable Americans.

The legislation includes a series of measures intended to bolster the safety net for families and workers whose livelihoods and health are affected by the virus. With President Trump weighing in late to voice his approval, the Senate is expected to take up the package and could pass it as early as next week.

It is unclear how much the package will cost, because the Congressional Budget Office, the independent federal agency that assesses the revenue effects of legislation, did not have time to calculate a price tag.

Here’s what’s in the package.

There is paid sick leave for workers — but millions aren’t covered.

The measure gives some workers two weeks of paid sick leave and up to three months of paid family and medical leave, equal to no less than two-thirds of their pay. The provision is aimed at encouraging people to follow the advice of public health officials who have said the best way to contain the spread of the virus is to have anyone experiencing symptoms stay at home.

But those benefits only apply to employees of businesses with fewer than 500 employees, or the government, who are infected by the virus, quarantined, have a sick family member or are affected by school closings. Large employers are excluded, and the Labor Department will have the option of exempting workers at any company with fewer than 50 employees, if it determines that providing paid leave “would jeopardize the viability of the business as a going concern.”

Those exemptions could potentially exclude nearly 20 million workers. About 59 million Americans work for companies with 500 or more employees, according to the Bureau of Labor Statistics, and about 6.5 million of them do not have any paid sick days. Another 12 million work for companies with fewer than 50 employees and do not have paid sick days. (Some large companies have announced since the outbreak began that they will provide paid leave for workers who get the virus. Walmart said it would give up to two weeks of pay; Target said it would give 14 days.)

The bill also limits benefits to workers who are sick, subject to a quarantine or caring for a family member; it stops short of what some public health experts have called for — effectively paying any worker to stay home, in order to reduce the spread of the virus.

It also excludes “certain health care providers and emergency responders” from the benefit.

Companies covered by the policy will not foot the bill for paid leave. The government is providing new tax credits to both help offset the costs of accommodating the new mandate and the economic impact of the outbreak.

The paid leave provisions were among the most contentious elements of the legislation. Republicans objected to a proposal by Democrats to establish a permanent paid sick leave entitlement for all families, according to a Democratic aide familiar with the negotiations, who spoke on condition of anonymity to describe the private negotiations.

The provision would expire in a year, at the insistence of Republicans, and exemptions are available for small businesses.

It allows for free coronavirus testing for all, including the uninsured.

As the White House moved on Friday to catch up with the surging demand for coronavirus testing, Ms. Pelosi emphasized that “testing, testing, testing” would be the centerpiece of the legislation.

The final package includes a number of waivers to allow the costs of tests to be covered by insurance and federal government programs. It also includes a 6.2-percentage point increase in federal payments to Medicaid for states.

There is also $64 million for the Indian Health Service to cover the costs of coronavirus diagnostic testing for members of federally recognized Native American tribes. The Department of Veterans Affairs would receive $60 million to provide testing for veterans, while the National Disaster Medical System would receive $1 billion to reimburse the costs of testing and services to people without health insurance.

Fear, Humor, Defiance: How the World Is Reacting to Coronavirus

The coronavirus has touched a diverse collection of countries and cultures, but a number of shared experiences have emerged — from grieving the dead to writing songs.

[Bagpipe music] There are moments that seem bizarre, moments of fear … … preparation and moments of emptiness. These are scenes from the world living with coronavirus. It has spread across cultures, languages and even out to sea. And despite these global differences, a number of shared experiences have emerged. There is grief over the dead. In Iran, hospital staff mourn a doctor’s death from the virus. In China, a quarantined building collapses, and a firefighter breaks down after pulling bodies from the rubble. In Italy, a man mourns the death of his sister. To try and save lives, authorities take precautions. They disinfect public areas and screen populations. “This is just crazy. Around the world, people are afraid and on edge. “Unbelievable.” In Northern Ireland, routine construction work at an Apple Store is mistaken for virus-related activity. In Japan, tempers flare when a man sneezes on a train. One Italian takes the fear and adds humor. This is a circle to keep people at a safe distance. In fact, lots of people use humor to cope with the uncertainty or the stigma of being sick. In Australia, a run on toilet paper leads to lessons in self-defense. “He’s going to show you how to deal with people stealing your toilet paper.” There is also defiance, a conviction that life must go on despite the virus. Across rooftops in China, quarantined neighbors socialize. From a rooftop in Italy, a theater group performs poetry for an area where movement is restricted. On a quarantined cruise ship, there’s songwriting to pass the time. In an apartment in China, too. But perhaps some of the most striking moments from the pandemic are those where little happens: the empty streets. “Unbelievable. No traffic.” The quiet airports. The places of worship without worshippers. Stores without goods. This is how it is across the globe as we prepare, grieve and wait for the next chapter of the coronavirus. 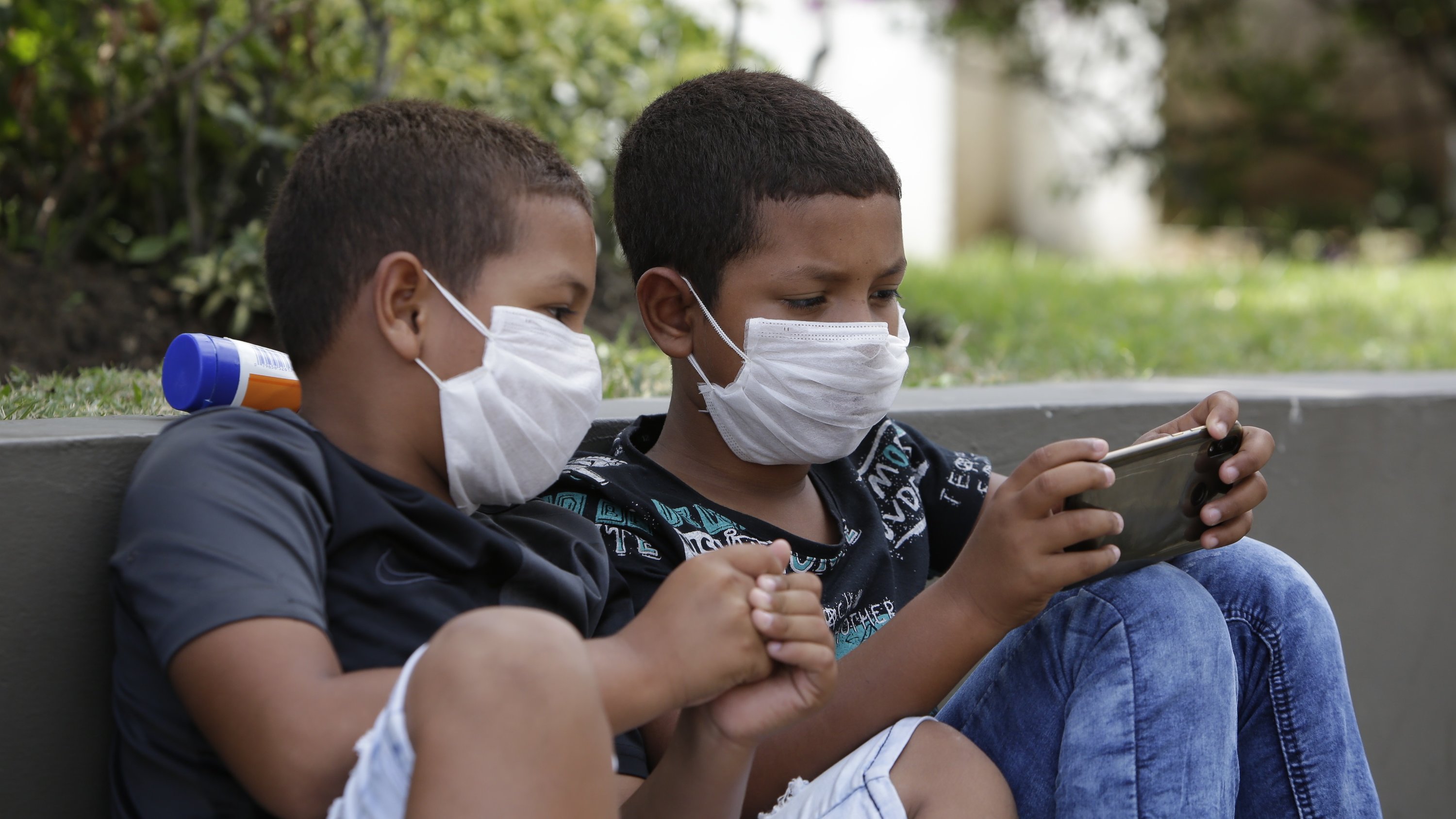 The coronavirus has touched a diverse collection of countries and cultures, but a number of shared experiences have emerged — from grieving the dead to writing songs.CreditCredit…Carlos Lemos/EPA, via Shutterstock

The bill includes about $1 billion for food security programs aimed at helping those who may struggle to get access to meals during the pandemic, including those who rely on the Supplemental Nutrition Assistance Program, food banks, and the 22 million children who receive free or reduced-price lunch at school.

Those new funds include $500 million to help provide nutritious food to low-income pregnant women or mothers with young children who lose their jobs as a result of the coronavirus outbreak, and $400 million to help local food banks purchase, store and distribute food. There is also $100 million to provide nutrition assistance grants to Puerto Rico, American Samoa, and the Northern Mariana Islands and $250 million to provide additional home-delivered and prepackaged meals to low-income seniors who rely on federal programs.

The legislation allows for emergency food assistance to households with children who would receive free or reduced-price meals in school if they close for five days or longer.

Democrats also included language that bars the administration from pushing ahead with tougher work requirements for food stamps beginning on April 1. Under the package, the work and work training requirements for SNAP would be suspended during the coronavirus pandemic.

The legislation provides $1 billion in 2020 for emergency grants to states to assist with processing and paying unemployment insurance.

Half of those funds would be used to provide immediate additional funding to all states for staffing, technology and other administrative costs. The other half would be used for emergency grants to states that experienced at least a 10-percent increase in unemployment.