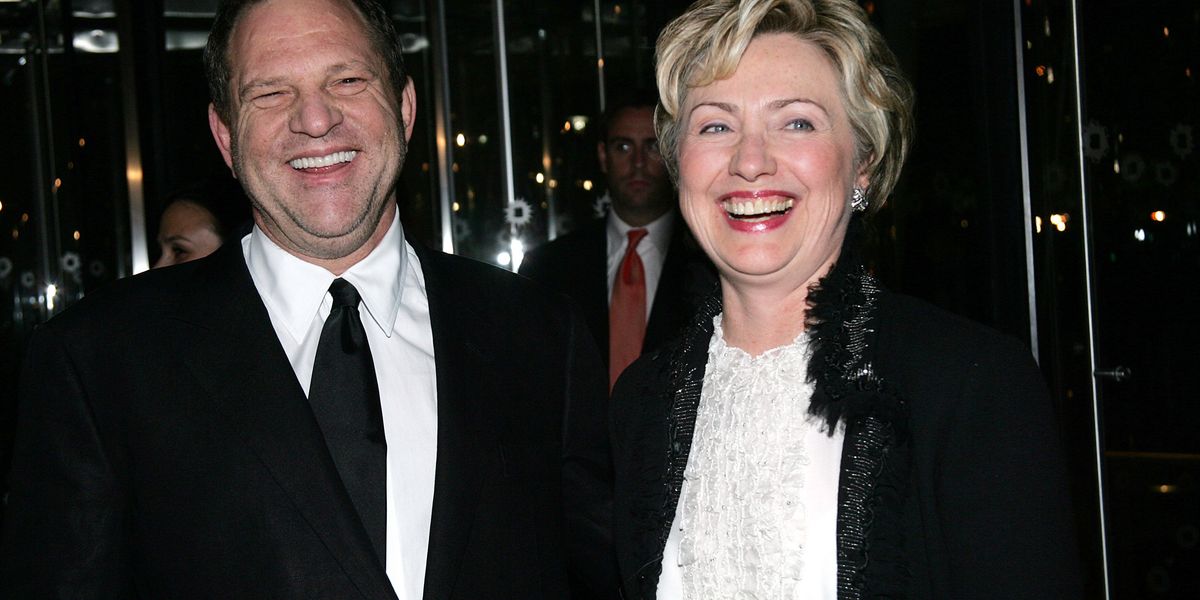 Former secretary of state and failed presidential candidate Hillary Clinton says that she wasn’t the only politician to take money from embattled film mogul Harvey Weinstein.

A court found Weinstein, 67, guilty of third-degree rape and a criminal sex act on Monday. A jury acquitted him on charges of predatory sexual assault.

Reacting to the news of Weinstein’s guilty verdict, Clinton said that other high-profile Democrats took donations from Weinstein in the past.

Clinton was attending Tuesday’s Berlin International Film Festival for the screening of her new documentary, “Hillary,” when a reporter asked her about Weinstein’s Monday conviction.

“Well, I think that the jury’s verdict really speaks for itself,” she said in response. “And it is obviously something that people have looked at and followed, because it was time for an accounting. And the jury clearly found that.”

She added, “I don’t know whether that should chill anyone else from contributing to political campaigns, but it certainly should end the kind of behavior that he was just convicted for.”

Weinstein donated at least $54,990 to Clinton’s related campaigns, beginning in 1999 and ending in 2016 with her failed presidential bid.

Weinstein did not appear to donate anything to Gore, save for funds that were sent to the Clinton-Gore primary committee, the outlet reported, citing FEC records.

Weinstein’s two convictions could land him in prison for as many as 29 years. Weinstein proclaimed his innocence throughout the trial and pleaded not guilty on all charges. He is scheduled to be sentenced on March 11.

On Monday, Arthur Aidala — Weinstein’s defense attorney, said, “As sure as I’m a bald man, we will be appealing.”