On Tuesday Steyn checked in with his old EIB comrade Mister Snerdley – James Golden – on Bo Snerdley’s Rush Hour at New York’s legendary radio powerhouse 77 WABC. Topics for discussion included the news that doesn’t make the papers and mandatory vasectomies in Oklahoma. Click above (or here) to listen in full.

If you prefer Mark on telly, don’t forget the Wednesday Steyn Show live on GB News at 8pm British Summer Time/3pm North American Eastern. We hope you’ll dial him up if you are in the general vicinity of the receiving apparatus. 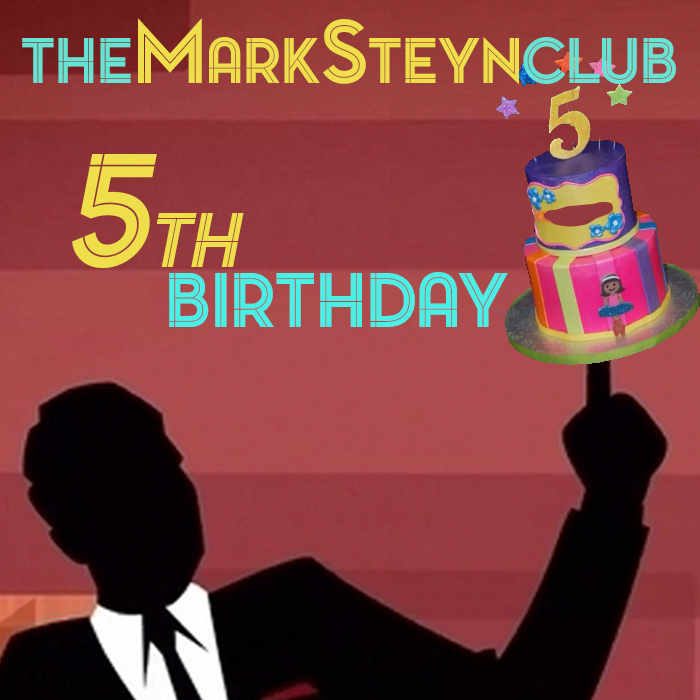 ~We’re marking the fifth birthday of The Mark Steyn Club, and we hope our First MonthFounding Members from May 2017 will want to re-up for a sixth year, and the launch of our second half-decade. Click below for some anniversary observances: