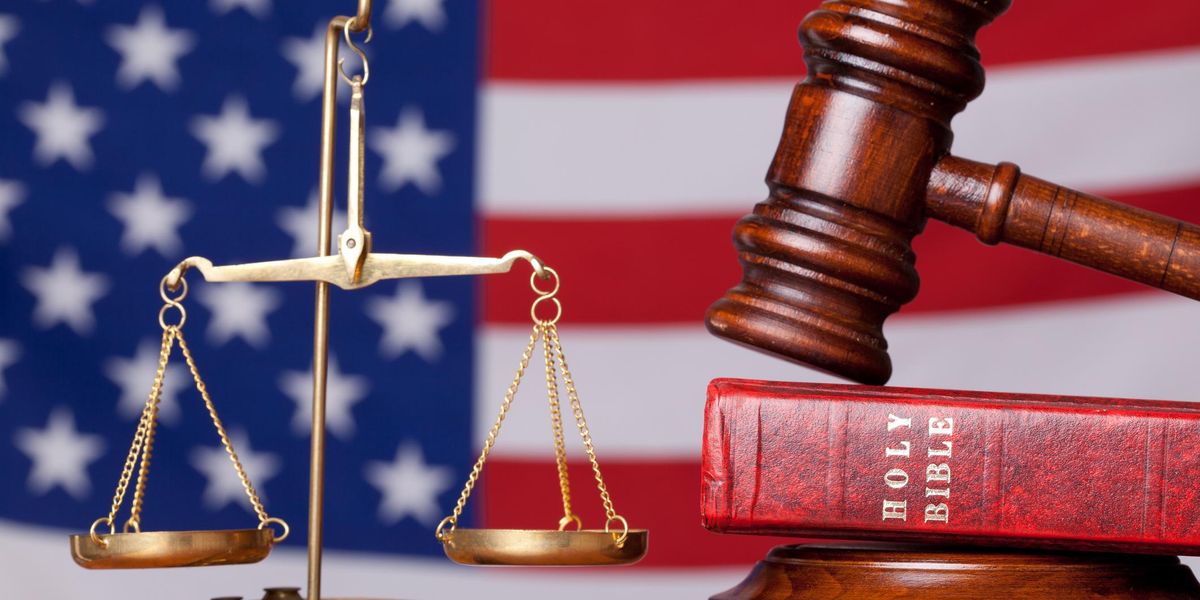 James Madison once wrote, “Government is instituted to protect property of every sort” and that “conscience is the most sacred of all property.” Yet just before July 4 weekend, the Supreme Court, by denying an appeal in an important religious liberty case, has essentially abrogated both property and conscience rights, as well as the right to use one’s own property in accordance with deeply held religious beliefs. So much for self-evident truths, inalienable rights, and the institution of government to secure these rights.

Last Thursday’s victory for Arizona against ballot-harvesters was an aberration for conservatives at the high court. On Friday, the Supreme Court denied an appeal from Arlene’s Flowers. Arlene’s Flowers owner Barronelle Stutzman was forced by the state of Washington to provide floral arrangements for same-sex ceremonies stemming from a denial of service incident in 2013. By denying this appeal after so many years of court battles — despite five allegedly conservative justices without John Roberts — the court has essentially codified “bake the damn cake” and “arrange those flowers” as “the law of the land.”

After the Pyrrhic victory in Masterpiece Cakeshop in 2018, most conservatives recognized that the court only ruled with Christian baker Jack Phillips because the state had specifically targeted him and treated him unfairly, but the implication of the opinion was that in most cases the Rainbow Jihad’s demands would trump property and conscience rights. However, that opinion was written by Anthony Kennedy. In the ensuing years, Justices Kennedy and Ginsburg — two zealous proponents of rainbow fascism against religious liberty — were replaced with Justices Kavanaugh and Barrett, for whom conservatives bled.

At its core, this was the issue we were supposed to preserve most with the new makeup of the court, and Arlene’s Flowers v. Washington State was the perfect vehicle through which to clarify that Masterpiece is a categorical protection for business owners under the First Amendment. As such, for Barrett and Kavanaugh not to join Thomas, Alito, and Gorsuch in taking up the case is as telling as it is unforgivable.

This is the third time this past term that both Kavanaugh and Barrett betrayed conservatives on religious liberty in the context of the Rainbow Jihad agenda. Last month, they declined to join the other three conservatives in ruling that it’s categorically unconstitutional for cities to bar adoption agencies from only delivering adopted children to families with a mother and father. They (along with Gorsuch) also refused to join Thomas and Alito in overturning a radical Fourth Circuit opinion forcing school districts to allow boys in girls’ bathrooms. Already in May 2020, before Barrett was on the court, only Thomas and Alito wanted to hear a case to overrule a Ninth Circuit ruling declaring it cruel and unusual punishment not to provide a sex offender in prison with access to castration and transgender hormone therapy.

Thus, despite six GOP appointees on the court, we only have two or three justices at any given time who understand the self-evident truths of natural law pertaining to human sexuality and the inalienable rights of conscience, religious liberty, and property. How’s that for a Republican Party?

It’s quite peculiar that at a time when we are told private businesses can demand that patrons or employees cover their breathing orifices or accept an experimental injection, we are also told a private business must actively service an anathema to the proprietor’s religion. Remember, Jack Phillips and Barronelle Stutzman never sought to deny service to gay people; they would have provided them with every service they offer other customers. At the same time, people not wearing masks can be categorically denied any service and conservatives can be completely de-platformed by companies with monopolistic control over vital avenues of information flow.

What we are seeing today with “progressivism” in the court system is the ultimate nightmare of regression on fundamental rights that Calvin Coolidge warned about in his speech marking the 150th anniversary of the Declaration of Independence:

About the Declaration there is a finality that is exceedingly restful. It is often asserted that the world has made a great deal of progress since 1776, that we have had new thoughts and new experiences which have given us a great advance over the people of that day, and that we may therefore very well discard their conclusions for something more modern. But that reasoning can not be applied to this great charter. If all men are created equal, that is final. If they are endowed with inalienable rights, that is final. If governments derive their just powers from the consent of the governed, that is final.

No advance, no progress can be made beyond these propositions. If anyone wishes to deny their truth or their soundness, the only direction in which he can proceed historically is not forward, but backward toward the time when there was no equality, no rights of the individual, no rule of the people. Those who wish to proceed in that direction can not lay claim to progress. They are reactionary. Their ideas are not more modern, but more ancient, than those of the Revolutionary fathers.

Those words are truer today than when Coolidge delivered that address in 1926. By “progressing” to add rights to someone else’s bodily integrity or someone else’s property, we have regressed by repudiating the authentic rights of man. Property and conscience are as fundamental as inalienable rights come. As Justice Joseph Story said, “The rights of conscience are, indeed, beyond the just reach of any human power. They are given by God, and cannot be encroached upon by human authority.”

Is it too much to ask that Republicans actually find judges who understand the Declaration of Independence and don’t join the progressives in their most regressive ideas?Continue reading at Steyn Online