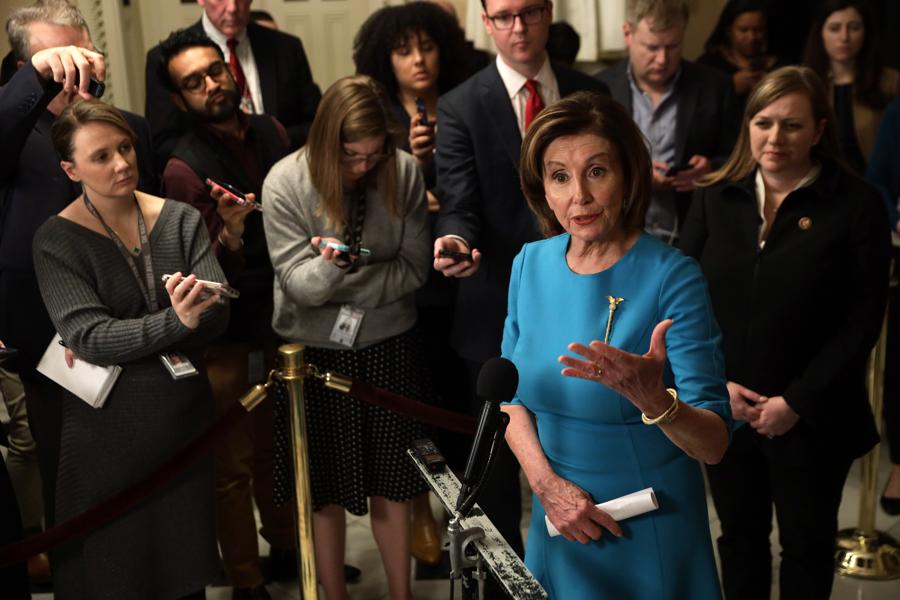 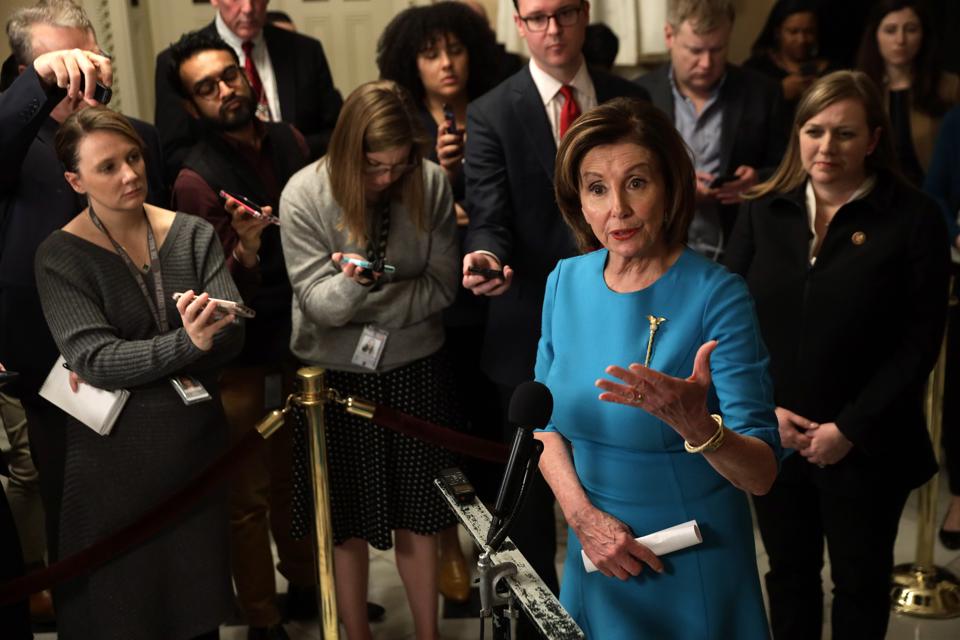 WASHINGTON, DC – MARCH 13: U.S. Speaker of the House Rep. Nancy Pelosi (D-CA) speaks to members of … [+] the media at the U.S. Capitol March 13, 2020 in Washington, DC. Speaker Pelosi held a briefing on the Coronavirus Aid Package Bill that will deal with the outbreak of COVID-19. (Photo by Alex Wong/Getty Images)

This story was updated at 10 P.M. March 23rd, after the release of the final proposed bill.

On March 23, 2020, House Democrats released a counter proposal to the Senate stimulus proposal. Titled the “Take Responsibility for Workers and Families Act,” the bill has a stimulus check provision that is far more generous than the Senate proposal.

The bill is long, weighing in at 1,404 pages, but the stimulus check information can be found on page 1,091. The section is titled “Economic Assistance Payments” and it offers a monthly emergency payment rather than a one-time payment.

The maximum amount under the Take Responsibility for Workers and Families Act is $7,500.

By comparison, the Senate proposal was a one-time payment of $1,200 per qualified individual and $500 for each qualified child.

Who qualifies? The proposed bill states that any taxpayer is eligible other than nonresident aliens, dependents, and estates or trusts.

It’s important to note that this is a proposed bill and we should expect a lot of changes between now and when it is reconciled with a Senate bill. What it does do is help us understand where we can expect from a final measure.