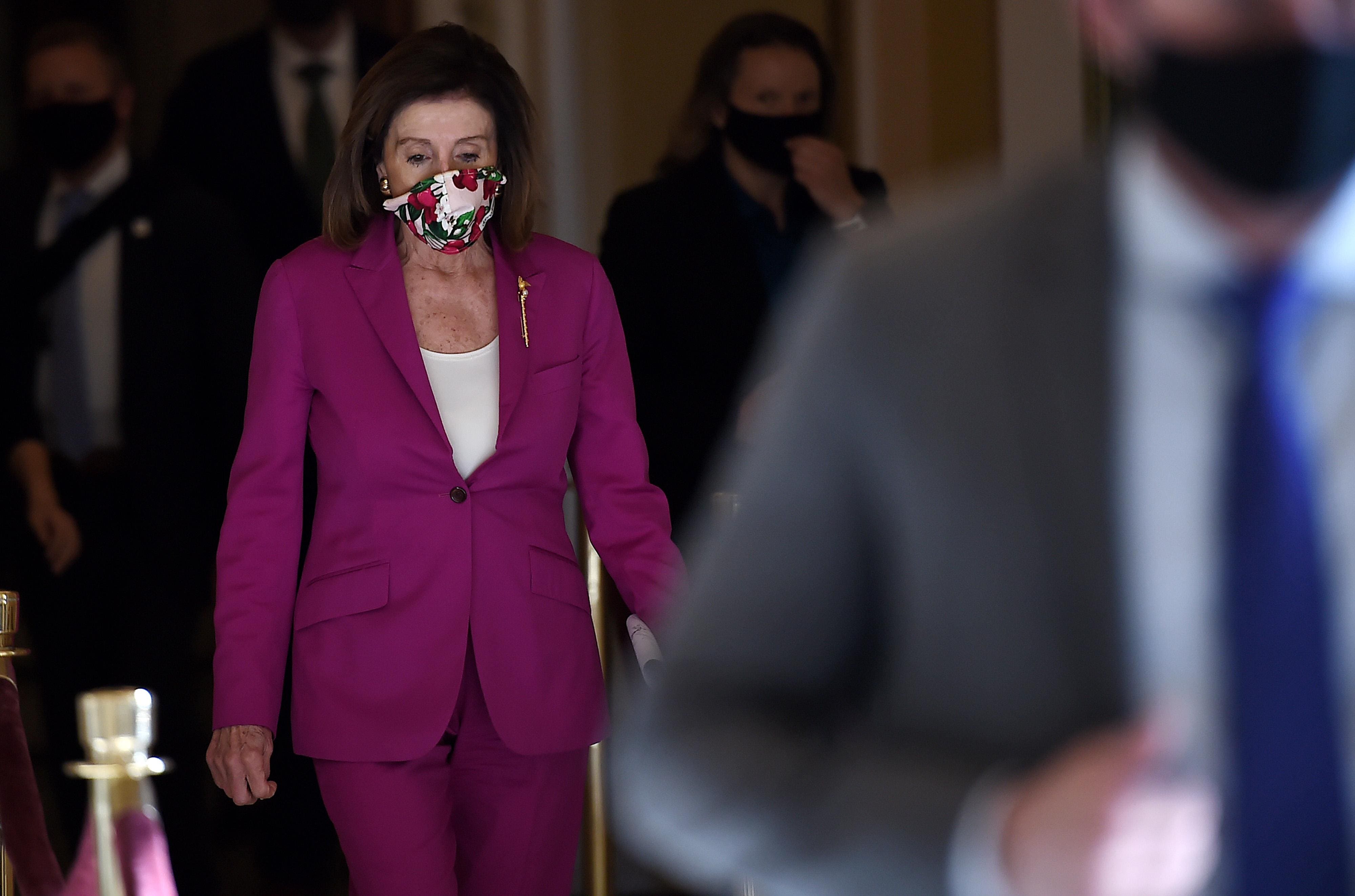 Democrats in the House of Representatives on Friday passed the $3 trillion Heroes Act despite being opposed by some members of the majority party, but the bill could be DOA as it reaches the Senate. 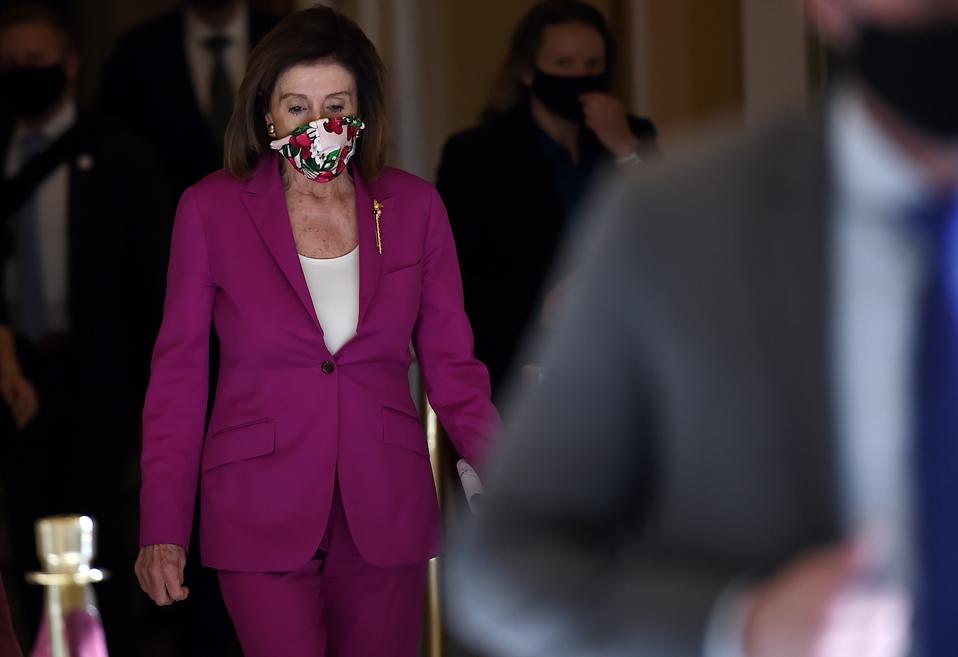 House Speaker Nancy Pelosi exits the House Chamber of the US Capitol amid the coronavirus pandemic … [+] on May 15, 2020 in Washington, DC.

The cornerstone of the 1,800-page bill is $875 billion for state and local governments and $20 billion each for tribal governments and U.S. territories, a major Democratic priority that has been vehemently opposed by Republicans.

The bill includes another round of $1,200 stimulus checks for eligible adults and would expand the pool of people who could receive them.

There’s also another $75 billion for testing, new provisions for hazard pay for essential workers, $75 billion in mortgage relief, $100 billion for rental assistance, another $25 billion for the Postal Service, student loan forgiveness up to $10,000 per borrower, and expansions to federal nutrition and unemployment programs.

The bill faced significant opposition from within the Democratic Party—moderates said it reached too far and progressives are disappointed in what was left out.

Rep. Pramila Jayapal (D-Wash.) and Rep. Mark Pocan (D-Wis.) objected to the bill because it doesn’t include more support for small business payrolls, while Rep. Abigail Spanberger (D-Va.) said she opposed it because it was too ambitious and has “no chance” at being signed into law.

The GOP, led by Senate Majority leader Mitch McConnell, has said the bill will be “dead on arrival” in the Senate, which doesn’t expect to vote on any new legislation until June.

American job losses caused by the coronavirus crisis now number more than 36 million, and the unemployment rate has skyrocketed to 14.7%. Since the crisis began, lawmakers have passed four pieces of rescue legislation. The first two bills—which shored up funding for testing and small business loans, established tax credits for paid sick leave, and expanded unemployment benefits—were followed by the historic $2.2 trillion CARES Act. That’s the bill that created the Paycheck Protection Program and authorized the IRS to send out the first round of stimulus checks. The CARES Act was succeeded by another $484 billion package that replenished funding for emergency assistance for small businesses after the PPP exhausted its initial $350 billion in funding after less than two weeks. If signed into law, the Heroes Act would be the fifth major economic relief package, and with a $3 trillion price tag it would also be by far the largest.

The massive bill has attracted criticism as a “grab bag” of Democratic priorities because it includes many provisions seemingly unrelated to the current economic crisis. It would make it easier for cannabis businesses to do business with banks and insurance companies, for example, provide $20 million in grants for the arts and humanities, and allocate money to the Fish and Wildlife Service for tracking diseases borne by wild animals, to name a few.

Republicans—wary of additional government spending—have been sharply critical of what they say is an unrealistic, partisan offering that they said was drafted without any Republican input.

Republican Majority Leader Mitch McConnell didn’t hide his disdain for the bill on the Senate floor on Thursday afternoon: “The House gave themselves no assignments for two months except developing this proposal. Yet it still reads like the Speaker of the House pasted together random ideas from her most liberal members and slapped the word ‘coronavirus’ on top of it.”

Republicans have also suggested that the bill is intended to supply Democrats with fodder for the election in November. “Unfortunately, the Democratic leadership seems more interested in shaping the debate for November than solving the real problems that this country is going through today,” said Representative Robert Aderholt (R-Ala.) during the debate before the vote on Friday. “A $3 trillion liberal wish list is not a serious proposal.”

This opposition, along with some criticism from within the Democratic party, means that the bill is almost guaranteed to fail in the Senate in its current form. Republican senators have said they won’t take up any new stimulus measures until June, preferring instead to wait and see how the current stimulus spending shakes out in the economy.

Money For Wildlife And Banking For Cannabis Companies: Here’s What Democrats Tacked Onto The Latest Stimulus Bill (Forbes)

Here’s How Likely You Really Are To Get Another $1,200 Stimulus Check (Forbes)

Democrats Just Released A $3 Trillion Stimulus Wish List, Including Another Round Of $1,200 Checks (Forbes)