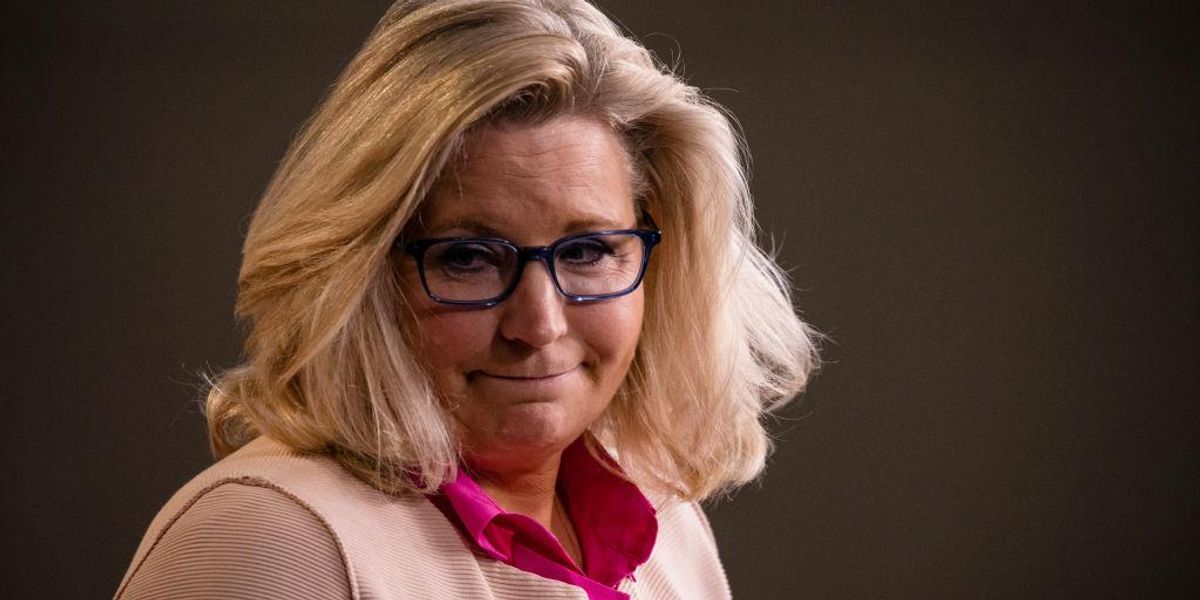 A faction of conservative House Republicans are taking action to remove Rep. Liz Cheney (R-Wyo.) from GOP leadership after she became the highest-profile Republican member of Congress to declare her support for impeaching President Donald Trump.

Punchbowl News reporter Jake Sherman obtained a copy of a petition that calls for a special conference to meet to discuss Cheney’s leadership role as No. 3 House GOP leader and demand her resignation as chairman of the GOP Conference.

“We, the undersigned, do hereby petition for a special meeting of the Republican Conference pursuant to Rule 6(d) to discuss a resolution on your leadership,” the petition states.

🚨NEW .. the right moves on ⁦@RepLizCheney⁩ Just got my hands on this petition which is calling for a special conf… https://t.co/6DpvyYygdH

On Tuesday, Cheney issued a statement blaming President Trump for inciting the Jan. 6 storming of the U.S. Capitol by a mob of his supporters in what she referred to as an “insurrection” against the United States government.

“On January 6, 2021 a violent mob attacked the United States Capitol to obstruct the process of our democracy and stop the counting of presidential electoral votes. This insurrection caused injury, death and destruction in the most sacred space in our Republic,” Cheney said.

“Much more will become clear in coming days and weeks, but what we know now is enough,” she continued. “The President of the United States summoned this mob, assembled the mob, and lit the flame of this attack. Everything that followed was his doing. None of this would have happened without the President. The President could have immediately and forcefully intervened to stop the violence. He did not. There has never been a greater betrayal by a President of the United States of his office and his oath to the Constitution.”

“I will vote to impeach the President,” Cheney concluded.

A handful of House Republicans have joined Cheney and announced their support for impeaching Trump. Republican leadership in the House is reportedly taking a mostly hands-off approach to the issue, with members being told to vote their consciences.

The petition calling for Cheney’s ouster says her statement has been used by Democrats as “justification” for a “truncated impeachment process that denies the president due process.” Additionally, the petition asserts that Cheney’s position “does not reflect that of the majority of the Republican Conference and has brought the Conference into disrepute and produced discord.”

It is unclear at this time how many House Republicans will sign the petition, but some members have already called for Cheney’s resignation.

I don’t think she should be the chair of the Republican Conference anymore,” Rep. Andy Biggs (R-Ariz.) told Fox News in an interview Tuesday. Biggs is the chairman of the conservative House Freedom Caucus.

No matter what happens this next week, President Trump’s America First agenda and movement will prosper. The radic… https://t.co/43HzdH1gs6

He suggested that under different leadership, House Republicans might present a more united front against impeaching Trump.

“In this instance, she is the conference chair. I think they should be actually whipping against an impeachment vote but they’re not gonna do that, and she’s out there advocating others to join her in impeachment. That is wrong. And I think she should resign.”

Montana GOP Rep. Matt Rosendale also called for Cheney to resign in a statement made Tuesday.

“When Representative Cheney came out for impeachment today, she failed to consult with the Conference, failed to abide by the spirit of the rules of the Republican Conference, and ignored the preferences of Republican voters,” he said. “She is weakening our conference at a key moment for personal political gain and is unfit to lead. She must step down as Conference Chair.”

There are some Republicans standing by Cheney, though they disagree with her on impeachment. Rep. Tom Cole (R-Okla.) told Bloomberg News Wednesday that he “respects” her decision and that her statement calling for Trump’s impeachment was “honorable” and “brave,” though he does not support impeaching the president.

“I have every confidence in Liz Cheney’s ability to do any job,” he said. “And you can’t punish somebody when they say it is a vote of conscience and they act on their own conscience.”