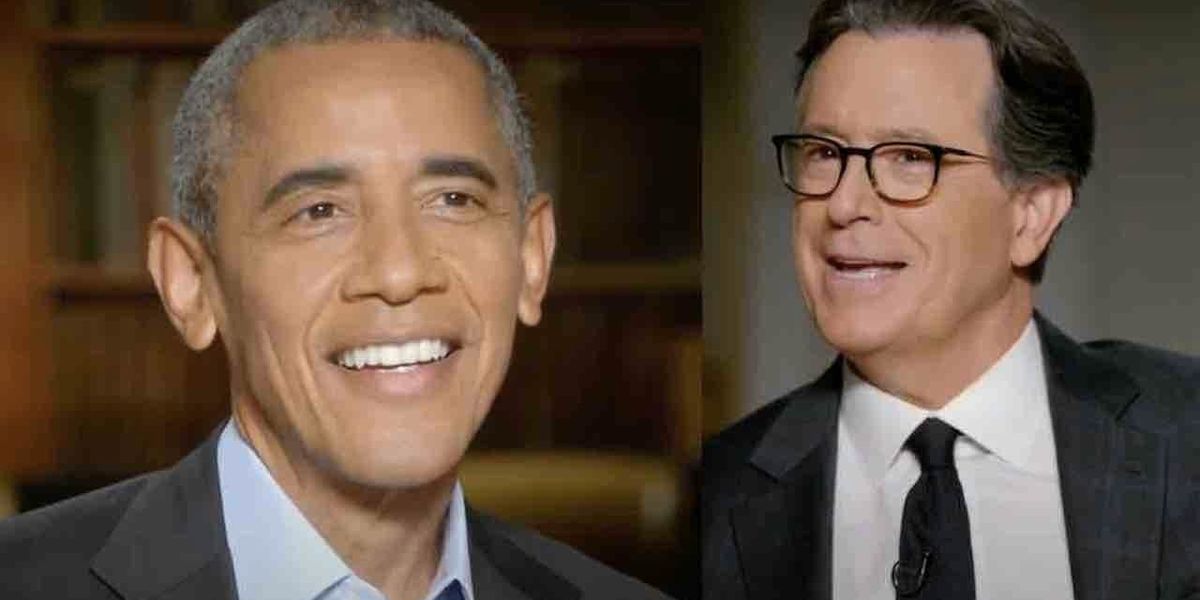 Remember how left-wing TV host Stephen Colbert reacted to President Donald Trump winning the 2016 election over Hillary Clinton? Oh, it was a sad night for him.

In fact, Colbert said not long afterward that the show he had to pull off on election night was “the hardest thing I’ve ever done in my life” and that “our audience was sobbing openly. And those are people who work for me, like my cameramen.”

Fast forward to November 2020 — four years later — and Colbert indeed has struck a much happier tone in the wake of the media declaring Democratic presidential nominee Joe Biden the victor over Trump earlier this month.

And Colbert’s pleasure was on full display Tuesday when he interviewed former President Barack Obama — and let’s just say “The Late Show” host’s man crush on Obama was glaringly apparent.

‘I just want to take a moment to drink you in’

“I just want to take a moment to drink you in, for just a moment because I’m having to get used to looking at a president again,” Colbert told Obama. “You know, I’ve gotten out of — I’ve gotten out of the habit. I gotta warm up for Joe Biden. I don’t want to pull anything when I see him take the oath of office. You gotta ease me into this a little bit.”

Obama told Colbert that with Biden “we’ve got the potential for returning to a presidency that is actually paying attention and trying to do right all people and not just some.”

Colbert said the prospect of new Cabinet holders would be a “return to stability and — what’s that word? — competency of your eight years,” after which he and Obama chuckled knowingly.

Obama took some indirect shot at Trump Cabinet holders, saying that those under Biden would have actually “read about stuff, know where countries are. It’s great.”

The former president also ripped the governmental response to the coronavirus, calling it “shambolic” and “frustrating” while stating that he and his family “don’t have to worry about the bills” — as if anyone doubted that.