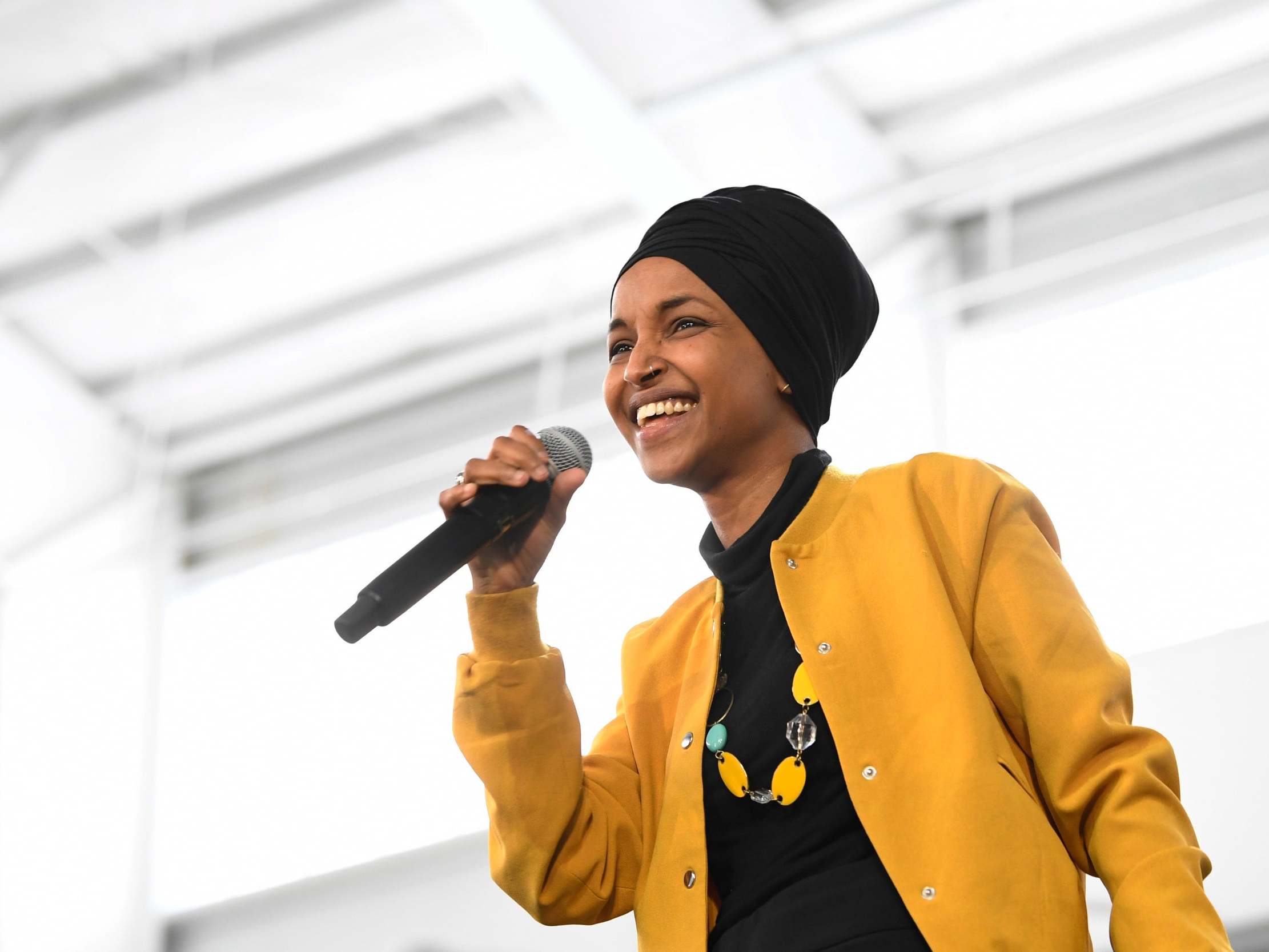 In a Tweet defending her support of accuser Tara Reade, the Minnesota congresswoman said that “believing survivors is consistent with my values”.

“With that said, in this interview I did on 6 May, we talked about that and quotes aren’t always in context. I will vote for him and help him defeat Trump,” she said.

“This is the most important election cycle of our lifetimes and we aren’t going to have a chance if we don’t spend our energy in mobilising and building enthusiasm against Trump.”

Ms Omar was responding to criticisms of her comments in an interview with The Sunday Times in which she said she believes Ms Reade, who has filed an official police complaint alleging Mr Biden put her up against a wall and penetrated her with his fingers while she was a senate staffer in the early 1990s.

While Ms Omar suggested “quotes aren’t always in context”, The Sunday Times Washington bureau chief Josh Glancy told The Independent there was nothing in her quotes that had been taken remotely out of context.

“But luckily this was all on the record. Take a look and judge for yourself,” Mr Glancy said.

When asked if she believed Ms Reade, Ms Omar’s full response was: “There’s a lot of unsavoury stuff. It is troubling, I do believe Tara Reade, I believe it’s important for us to give space for women to come forward and share their stories. It takes years and years for sexual assault survivors to come forward. Justice can be delayed but it should never be denied.”

When asked if that means Mr Biden should not be the candidate: “If considerations [over the candidate] were something I had influence over, just candidly here, we’d probably have a different candidate.”

“He wasn’t my candidate, but taking back the White House is that important,” Ms Pollitt wrote.

Biden has denied the claims and said if Americans believe Tara Reade, “they probably shouldn’t vote for me”.

‘I wouldn’t vote for me if I believed Tara Reade,’ he added in the MSNBC interview.

Ms Reade’s attorney Douglas Wigdor resigned from her case on Friday following the publication of new details of her past, including questions over whether or not she lied about graduating from Antioch University in Seattle.

Mr Wigdor said it was not a reflection on whether the allegations against Mr Biden were true, and that much of the reporting on Ms Reade was intended to victim shame and attacked her credibility on unrelated matters.

Ms Omar is the second “squad” member to directly address the allegations after Ayanna Pressley published an open letter calling on Mr Biden to address rape allegations with “empathy”.

“I reject the false choice that my party and our nominee can’t address the allegations at hand and defeat the occupant of the White House,” Ms Pressley wrote.