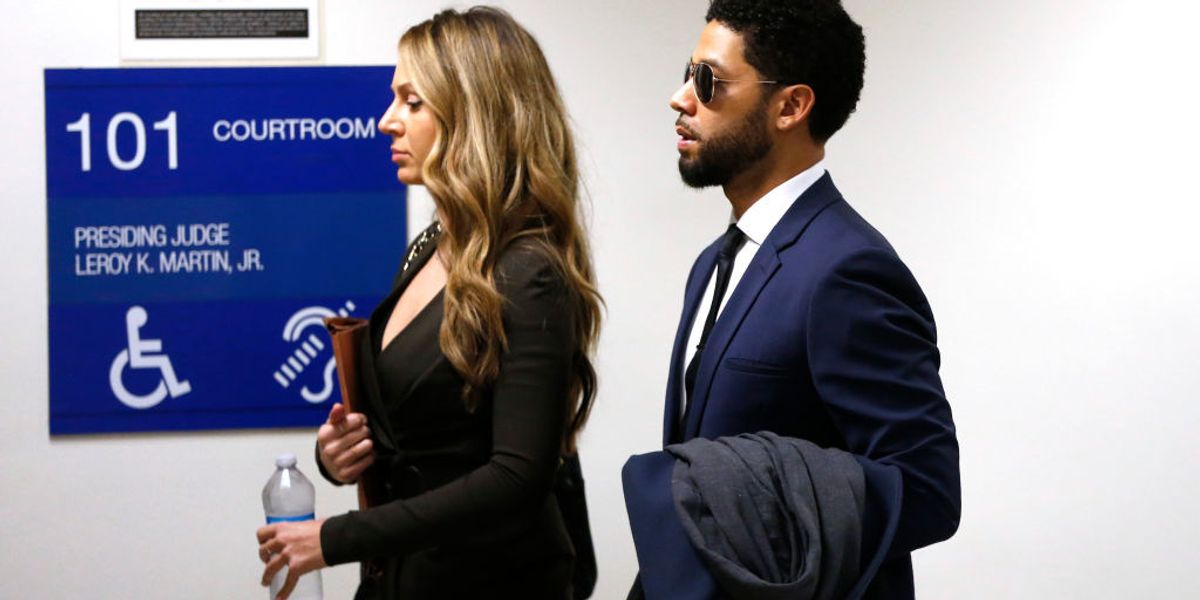 The Illinois Supreme Court delivered some bad news to former “Empire” actor Jussie Smollett on Friday: The court refused to throw out a felony indictment charging him with falsely claiming to have been the victim of a hate crime last year.

The Illinois high court published a pair of terse notices stating that Smollett’s motions to dismiss the case and disqualify its special prosecutor have been denied and provided no explanation. In February, Smollett pleaded not guilty to six counts that were filed in a grand jury indictment.

Smollett faces several counts, including disorderly conduct for lying to police in Jan. 2019 when he claimed two men wearing MAGA hats attacked him near his apartment in Chicago and yelled racial and homophobic slurs at him.

The former “Empire” actor’s attorney fired back at the Illinois Supreme Court after it denied his motion.

“Motions for supervisory orders are extraordinary remedies and not usually granted,” lawyer William Quinlan said. “We believed the unique circumstances of this case warranted filing the motion. We will now follow the standard appellate procedure.”

As TheBlaze reported in February, the charges against Smollett came after Dan Webb, a Chicago special prosecutor, formally charged him when “a Cook County grand jury returned a six-count indictment charging Jussie Smollett with making four separate false reports to Chicago Police Department officers related to his false claims that he was the victim of a hate crime, knowing that he was not the victim of a crime.”

Webb added, “the grand jury’s investigation revealed that Jussie Smollett planned and participated in a staged hate crime attack, and thereafter made numerous false statements to Chicago Police Department officers on multiple occasions, reporting a heinous hate crime that he, in fact, knew had not occurred.”

Smollett was first charged with 16 felonies by a grand jury in March 2019 in connection with his allegedly false allegations, but Cook County State Attorney Kim Foxx mysteriously all the charges against him just a few weeks later. Foxx later recused herself from the case.

Now the original investigation into Smollett is being examined by the special prosecutor assigned to the case.

In his press release, Webb noted that they have an investigation into the Cook County State’s Attorney’s Office is ongoing, but that the Office of the Special Prosecutor “has obtained sufficient factual evidence to determine that it disagrees with how the CCSAO resolved the Smollett case.”