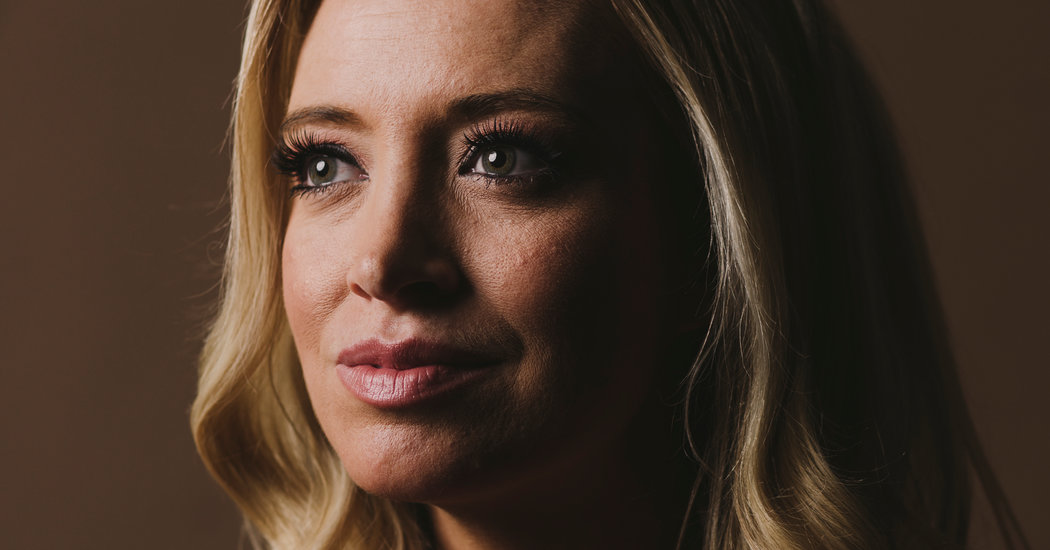 WASHINGTON — Kayleigh McEnany was a Harvard law student at a Manhattan rooftop cocktail party in the summer of 2015 when a colleague awakened her to the opportunity that was Donald J. Trump.

A fellow summer associate at the white-shoe law firm Kirkland & Ellis, Michael Marcantonio, a Democrat, had asked her for her favorites in the brewing Republican presidential primary, and Ms. McEnany, a Republican who once had the Gmail handle “RealReaganConservative,” dutifully rattled off the names of Marco Rubio, Jeb Bush and Ted Cruz. Then, Mr. Marcantonio recalled, he interrupted her with some advice.

“Donald Trump is going to be your nominee,” he said, adding that if “a smart, young, blond Harvard graduate” wanted “to get on television and have a career as a political pundit, you would be wise to be an early backer.”

This month, after years of television appearances, Twitter testimonials and campaign work that date back almost to that party, Ms. McEnany was named by the president to be his fourth White House press secretary. Mr. Marcantonio said he still got tongue-in-cheek texts from colleagues: “‘This is your fault, right?’”

Just two weeks into her new job, Ms. McEnany’s energetic spinning of the administration’s struggle against the coronavirus has earned her undying enmity on social media but some grudging respect for her sheer doggedness. Like her predecessor, Stephanie Grisham, Ms. McEnany has not held a news briefing, but her defense of her boss — and her castigations of the press — appear to be unperturbed by his shifting narratives, breaks from logic and flights of fantasy.

“I’m not trying to defend the messaging, but what I hope people can acknowledge is there’s very few people in either party who can accomplish what Kayleigh has accomplished in such a short time,” said Van Jones, a CNN commentator and liberal activist who mentored Ms. McEnany when she joined CNN. “People keep taking her lightly, and they keep regretting it.”

After Mr. Trump mused last week that disinfectants and ultraviolet light “inside the body” might treat the virus, Ms. McEnany had to work to keep up with Mr. Trump’s changing explanations for the comments.

On Friday, she said, “Leave it to the media to irresponsibly take President Trump out of context and run with negative headlines,” only to watch Mr. Trump say his comments were “sarcasm,” not misquotes.

“Taking a sarcastic comment and running with negative headlines is the definition of taking something out of context, so I believe those answers are very much in sync,” Ms. McEnany told reporters on Saturday. She then effected another shift: “Millions and millions of Americans tune in each day to hear directly from President Trump and appreciate his leadership, unprecedented coronavirus response and confident outlook for America’s future.”

That Ms. McEnany would consider a pandemic that has killed more than 50,000 Americans at least partly through the lens of political messaging issue seems a function of Mr. Trump’s upending of the traditional White House press secretary’s role, from public interpreter of policy to campaign pit brawler. Since taking the job April 7, Ms. McEnany has attended only one of Mr. Trump’s public coronavirus briefings; as of this week, her White House office voice mail wasn’t set up. But she appears regularly on Fox News and Twitter, bashing the news media and defending the president on his coronavirus response, while other Republicans increasingly decline to do so.

Ms. McEnany, whose 32nd birthday on April 18 was noted on air by the Fox News host Jeanine Pirro, has spent virtually all her working life inside Trumpworld. Her time at Harvard overlapped with her star turn on cable in 2016, where she transformed herself from an obscure Republican opinion writer to a pro-Trump contributor on CNN.

But she was using racist language similar to Mr. Trump’s long before the formal launch of his political career — or hers. Eight years ago, a 24-year-old Ms. McEnany leapt at the Twitter hashtag #ObamaTVShows to offer “How I Met Your Brother — Never mind, forgot he’s still in that hut in Kenya.”

Scottie Nell Hughes, another Trump surrogate during the 2016 campaign who often teamed up with Ms. McEnany on CNN, seemed to see that streak as a plus.

Ms. McEnany declined to discuss her role or background for the record, although she said in a brief telephone call, “I want the truth about me and my character to be out there.”

Ms. McEnany grew up in Tampa, Fla., the eldest child of a successful roofing contractor. A 2005 photograph in The Tampa Bay Times documented an early encounter with network news, Ms. McEnany huddling up to an ABC microphone with fellow cheerleaders from Academy of the Holy Names Catholic high school. “We know we’re a part of something special,” she said in the accompanying article.

She graduated from Georgetown University’s foreign service school in 2010, entered the University of Miami Law School and transferred into Harvard from there, graduating in 2016. After college, Ms. McEnany worked for three years as a production assistant for Mike Huckabee, who had a show on Fox News, while trying to position herself as center-right pundit.

But Fox News refused to give Ms. McEnany the on-air job she craved.

“I think one of the reasons that Kayleigh went on to law school was because she didn’t see she was going to have an on-air opportunity at Fox anytime soon,” Mr. Huckabee said.

Not long after the 2015 rooftop conversation in New York, Ms. McEnany took a contributor slot at CNN. In her 2018 book, “The New American Revolution,” Ms. McEnany attributed her pro-Trump epiphany to the “hostile advocacy of platitudes over polite dissent, dictatorial silencing over thoughtful engagement and censorship over free interchange” that she encountered in academia.

“It was lightning in a bottle,” she recalled.

“Rarely did Donald Trump come up with any policy, but Kayleigh somehow figured out how to step in that gap and make him appear to be a serious candidate,” said Ms. Brazile, now a Fox News contributor.

In those days, Ms. McEnany acknowledged occasionally crossing the line in her faceoffs with Democrats. “Hi Donna, my family mentioned that I got too heated in our discussion. I just wanted to apologize and let you know how much I respect you and enjoy your company,” she wrote Ms. Brazile in an April 26, 2016, email. “You are a veteran and a legend in politics.”

Jack Kingston, a former Republican congressman and conservative pundit, remembered Ms. McEnany as a green room workaholic, writing opinion pieces while she waited to go on the air, a tiny teacup dog tumbling out of her purse. “Newt Gingrich and Rudy Giuliani got to be on ‘Hannity,’ and Kayleigh and I got the shows where they said, ‘In 1968 Donald Trump ran over a pet hamster,’” he said. “She was a kid, to some degree, and she was punching back and getting punched and taking it and rolling with it.”

In 2017 Ms. McEnany married Sean Gilmartin, a baseball pitcher currently in the minor leagues as part of the Tampa Bay Rays organization.

And with Mr. Trump in the White House, Ms. McEnany joined the Republican National Committee as national spokeswoman, then joined the Trump campaign in a similar role.

“She defends the president and promotes the president like nobody else. She’s also fearless,” said Tim Murtaugh, communications director for the Trump 2020 campaign. “It’s a loss for the campaign, but it’s a gain for the White House — it’s all in the same family.”

“We will not see diseases like the coronavirus come here, we will not see terrorism come here, and isn’t that refreshing when contrasting it with the awful presidency of President Obama?” Ms. McEnany, in her campaign role in late February, told Fox Business anchor Trish Regan, who has since been fired for dismissing coronavirus as a “scam.”

Ms. McEnany said on March 11: “The media’s best hope is for Donald Trump to suspend his rallies. We’re not going to cave to the media.”

As White House press secretary, Ms. McEnany continues to portray the president’s coronavirus response as “extraordinary.” On April 16, she tweeted the false claim that “Under President @realDonaldTrump’s leadership we have quickly developed the most expansive and accurate testing system in the world.” No coordinated national testing system exists.

Ms. McEnany has joined Mr. Trump in conflating the number of test kits distributed with the number of tests actually performed, a substantially lower number. She has used the larger, less meaningful numbers to chide journalists and falsely claim, in a Twitter post retweeted by the president, that putative Democratic presidential nominee Joe Biden “lied.”

Last week, after Dr. Robert Redfield, director of the Centers for Disease Control and Prevention, told The Washington Post, “There’s a possibility that the assault of the virus on our nation next winter will actually be even more difficult than the one we just went through,” Ms. McEnany falsely claimed he was misquoted.

The C.D.C. director “was very clear in saying, look, we might have flu re-emerge in the fall,” she told reporters. “All Americans need to go out and get their flu shots, that was the thrust of his comments, but you know, leave it to the media to really take those out of context.”

Mr. Redfield then contradicted her interpretation in the White House coronavirus briefing on Wednesday. Ms. McEnany was not in the room.