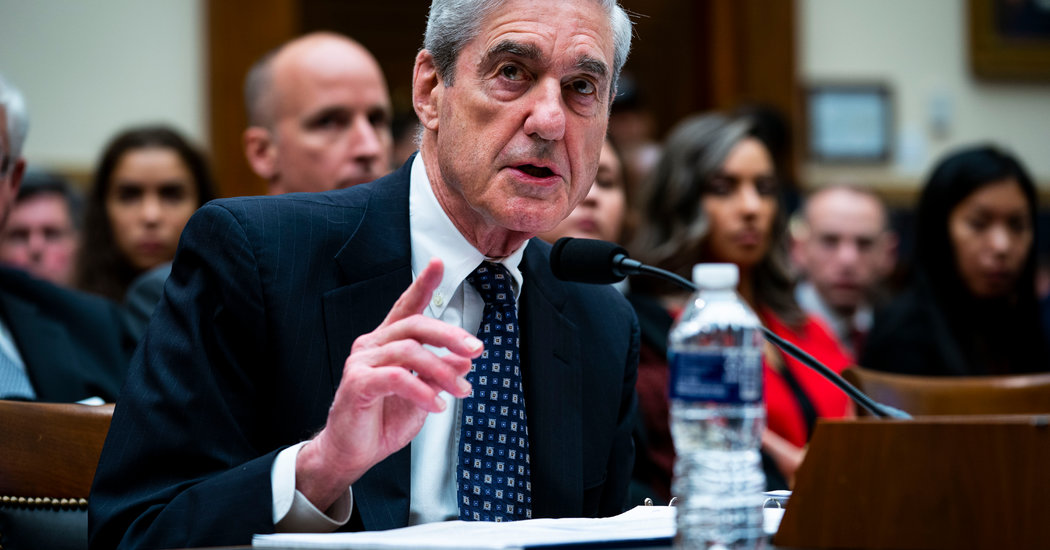 WASHINGTON — The former special counsel Robert S. Mueller III broke his long silence on Saturday to defend his prosecution of Roger J. Stone Jr., forcefully rebutting President Trump’s claims that the investigation into Russian interference in the 2016 election was political and illegitimate.

Speaking out the day after Mr. Trump commuted Mr. Stone’s prison sentence for obstructing an inquiry into Russia’s role in the campaign, Mr. Mueller said Mr. Stone was no innocent victim and emphasized that the president’s clemency grant did not erase the conviction on seven felony counts.

“Stone was prosecuted and convicted because he committed federal crimes,” Mr. Mueller wrote in an op-ed in The Washington Post. “He remains a convicted felon, and rightly so.”

Mr. Mueller seemed most aggrieved over the president’s assertions of bad faith on the part of those who prosecuted Mr. Stone and others affiliated with Mr. Trump.

“We made every decision in Stone’s case, as in all our cases, based solely on the facts and the law and in accordance with the rule of law,” Mr. Mueller wrote. “The women and men who conducted these investigations and prosecutions acted with the highest integrity. Claims to the contrary are false.”

The special counsel’s article was remarkable in that it was the first time he had offered an extended defense of his two-year investigation after an endless barrage of attacks by Mr. Trump, who refers to it as a “hoax” and a “witch hunt.” Even when he appeared before Congress to testify about his conclusions last July, Mr. Mueller was largely restrained and avoided any appearance of confrontation with the president.

Mr. Mueller’s investigation concluded that Russia had mounted an extensive effort to interfere in the 2016 election with the purpose of helping Mr. Trump. While it did not establish a criminal conspiracy between Mr. Trump’s campaign and Russia, it did outline numerous contacts between them and said the campaign had known it was benefiting from Moscow’s help. It also identified 10 instances when Mr. Trump took actions to impede the investigation but did not charge him with obstruction of justice, given a Justice Department edict against indicting a sitting president.

In the year since the Mueller report was released, Mr. Trump has alternately characterized it both as a “total exoneration” and a “total ‘hit job,’” while his attorney general, William P. Barr, has embarked on a multifaceted effort to question the legitimacy of the special counsel’s inquiry and various prosecutions that resulted. In its statement announcing clemency for Mr. Stone, the White House called him “a victim of the Russia Hoax.”

“As it became clear that these witch hunts would never bear fruit, the Special Counsel’s Office resorted to process-based charges leveled at high-profile people in an attempt to manufacture the false impression of criminality lurking below the surface,” the statement said. It added: “This is why the out-of-control Mueller prosecutors, desperate for splashy headlines to compensate for a failed investigation, set their sights on Mr. Stone.”

In his op-ed, Mr. Mueller rejected that characterization, noting that his investigation had documented a serious threat to American democracy both through illegal hacking of Democratic Party emails and through an online campaign of fake messages meant to damage Hillary Clinton.