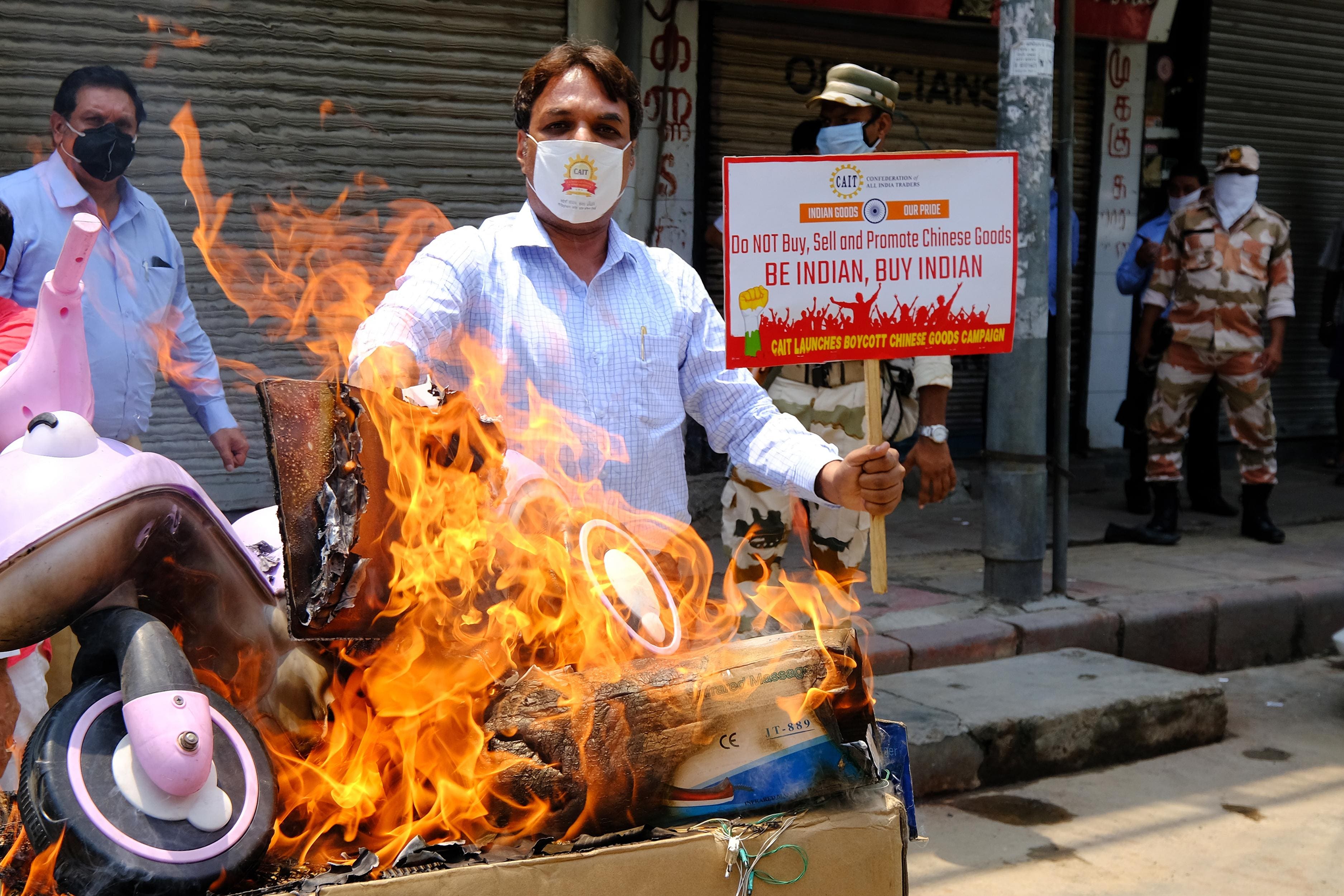 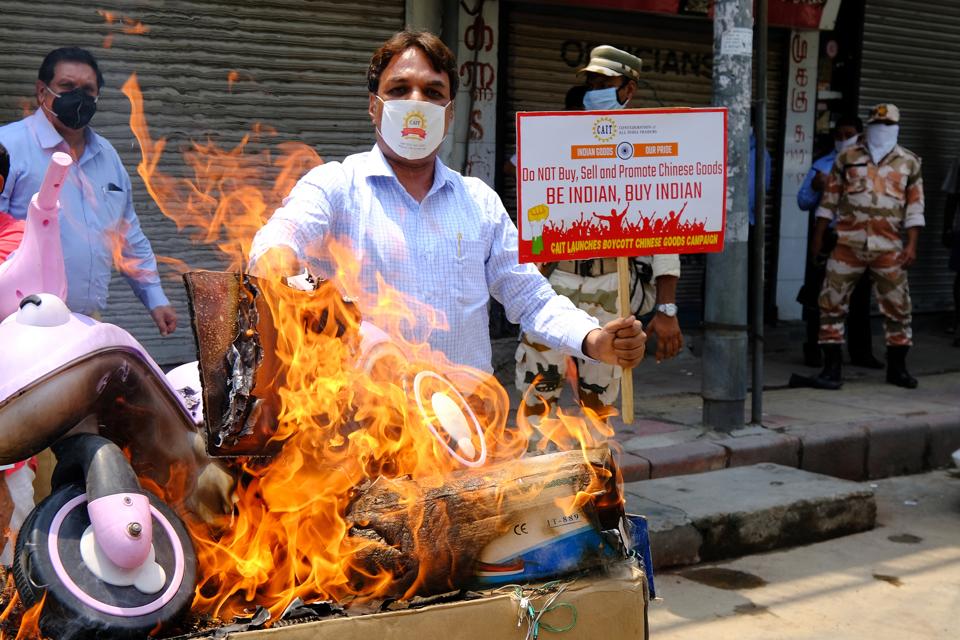 Protesters burn an image of Chinese President Xi Jinping at a demonstration requesting consumers to … [+] boycott Chinese goods organised by the Confederation of All India Traders (CAIT) at Karol Bagh market in New Delhi, India, on Monday, June 22, 2020. E-commerce companies have until October to start labeling countries of origin for all goods sold online. Photographer. T. Narayan/Bloomberg

Blame it on the pandemic and the border dispute in the Himalayan regional territory of Ladakh, but the result is the same: some Indian businesses are boycotting China.

Earlier this month, over 50 Chinese apps were banned, including popular consumer apps like WeChat, TikTok and Baidu Maps. India is in a dispute with China, and now many small business owners, and even the government, are working to turn away from Made in China.

The government is now asking Indian e-commerce companies like Flipkart and Amazon India AMZN to label country of origin for all products sold on its websites.

India is setting itself up to be a testing lab for what the U.S. might do if China relations continue to worsen. This will especially be true if Trump gets re-elected, and doubly so if the new SARS coronavirus makes a comeback in the winter and hospitals are overrun in key cities, like New York, once again. The attitude towards China will harden in that case.

Indeed, it already has in India.

Companies have until August 1 to roll out labeling with some items being pushed out further into October, suggesting this is a trend that is here for the medium term.

The companies reportedly asked for more time to label the millions of goods for sale on their platforms.

The move can also be viewed through the lens of economic protectionism at a time when India’s economy, like everyone else’s, is reeling from the impacts of lockdowns and coronavirus mitigation policies. The “boycott China” movement may not be an official boycott, but it is designed to limit the number of goods China sells to India in hopes India can pick up the slack.

Companies like Flipkart said the measures should be introduced in a phased manner with the involvement of manufacturers and sellers in the process, the Economic Times reported today.

Like here in the U.S., there is no requirement to display country of origin on non-packaged goods. India’s Department for Promotion of Industry and Internal Trade is scheduled to discuss the new legal provisions with the dozens of online retailers and the Consumer Affairs Ministry in the days ahead.

“No decision was taken yet,” an anonymous government official told the ET. “It was only a consultation and follow-up of the previous meeting. A deadline will be decided later.”

Online retailers said they preferred a phased-in approach and said they will try to get manufacturers on board to help comply with the government’s new labeling requirements, all in effort to highlight what’s from China, in hopes to get some to buy something else.