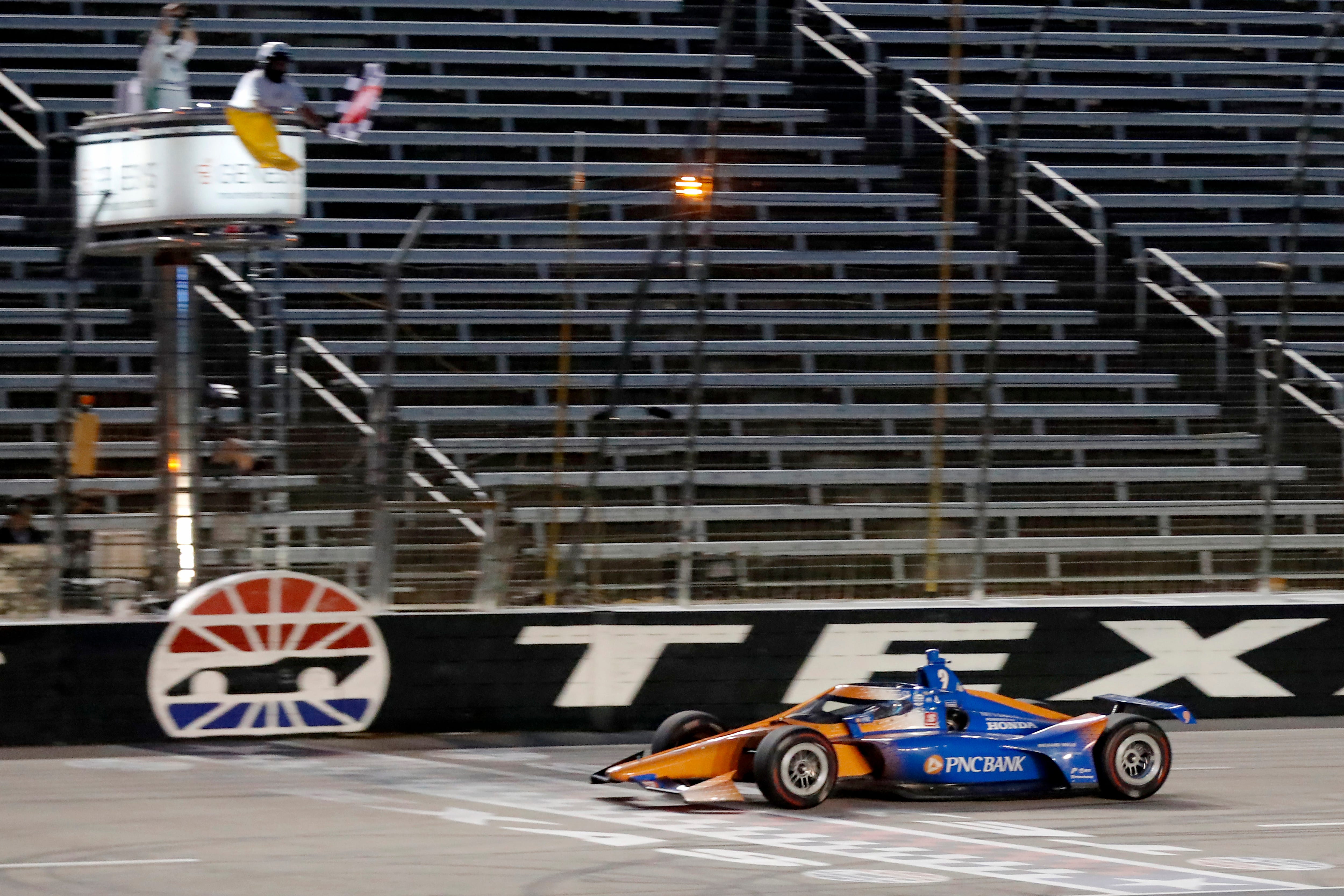 IndyCar severed ties Thursday with the series’ flagman after a Facebook post in which he was critical of NASCAR’s new policies, including no longer forcing team members to stand during the national anthem and banning the Confederate flag from racetracks.

An IndyCar spokesperson confirmed that Brad Hockaday was fired Thursday from his seasonal, part-time position with the series that saw him stand on the flag stand at Texas Motor Speedway on Saturday and usher in the start of the delayed 2020 season.

His time with the series dated to the start of the 2017 season, according to his LinkedIn page, and he had also served as a flagman with the ARCA racing series from 2005-2017, as well as USAC dating back to 2004. Hockaday also owns Profesional MotorSports Solutions LLC, which he described online as a “manufacture representative for several manufacturers in the motorsports industry” and a company that “provides anything from timing and scoring, scoreboards radios, sublimated shirts and flags.”

In his recent Facebook post, which appears to have been deleted but was shared on the IndyCar Reddit page, Hockaday called upon “short tracks round the country to pull their NASCAR sanctions for their recent actions towards America.” Hockaday believed that allowing team members to kneel during the national anthem in a peaceful protest of police brutality against African-Americans, as well as banning fans from bringing versions of the Confederate flag in areas around the track, was a sign of a group “that doesn’t respect what the American flag stands for.”

“I have lost all respect for NASCAR. I will no longer be supporting their sanction body.”

Before Wednesday’s night race at Martinsville, NASCAR announced it would ban the display of the Confederate flag from all events, just one day after the series’ lone African-American driver, Bubba Wallace, called upon the series to do so. Wallace’s No. 43 Richard Petty Motorsports car ran an all-black “Black Lives Matter” design in Wednesday’s race in response to the growing tension and protests around the country after the death of George Floyd at the hands of Minneapolis police.